BCN's Movie Database: Robert Duvall | Beaufort County Now | Robert Duvall has the rarefied purpose of being among a handful of my favorite actors. 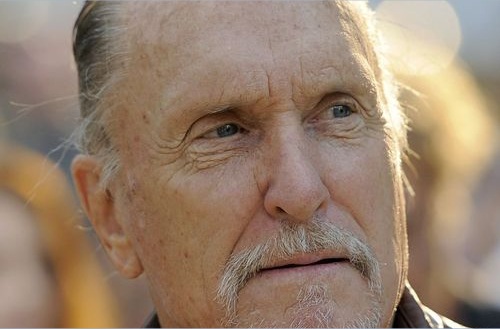 Publisher's note: To kick-off a fresh, new service, Movie Database, here in BCN, we are offering actor profiles - short in duration, but offering valuable links to informative posts and essential content - to better know the 'poor players' in the art of transferring story to celluloid.

Our reviewer of films, good and bad, Wyatt Sanderman Day, will be in charge of managing the actor profiles; however, if you have any interest in contributing a profile similar to the Wyatt Sanderman Day template, please join BCN as a member, send Stan Deatherage a private message, and we will consider your submission.

Wyatt Sanderman Day's note: Stan has asked me to work on this task to provide a discussion on the actors and to provide insight and an avenue to BCN's newest database, this time movies /films, and I am happy to help, but we do it my way: that I take some of my favorite actors, and link to the reviews that I, and others may, have written that they acted in; then we link to their database profile, and, or any other links that I see fit. That's about it, and to that end, I begin with one of my favorites - Robert Duvall. 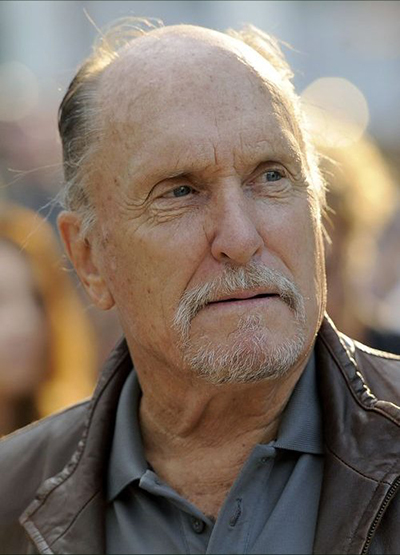 Robert Duvall in a recent photo: Above.
Robert Duvall has the rarefied purpose of being among a handful of my favorite actors. Actors, like Duvall, bring much to any collaborative work, as they make the work better; however, actors as proficient as Robert Duvall also establish an aura of identity to roles that allow the audience to identify viscerally to those characters he has played, which has served to put Robert Duvall on the 'short list' of the wisest film reviewers as one of America's greatest Actors of all time in terms of range and versatility.

Robert Duvall, the son of a rear admiral in the United States Navy, began his acting career on Broadway as a stage actor, after serving in the United States Marine Corps. He also did some acting in the early days of television. During those early days, when young Actor Duvall was billeted in New York, his roommates included fellow Marine Gene Hackman, and Dustin Hoffman, remarkably all three actors went on to win Academy Awards as actors.

Robert Duvall began getting noticed in the 1960's films by playing: Boo Radley in the classic "To Kill a Mockingbird", 1962; then Arthur Penn's "The Chase", 1967; then Ned Pepper (the bad guy) in "True Grit", 1969; and finally Frank Burns in "MASH", 1970. "True Grit" and "MASH" were huge hits, but it was his portrayal of button-down mob lawyer Tom Hagen in "The Godfather", then again in "The Godfather: Part II" that made Robert Duvall a well sought after actor for decades.

Remarkably, after winning an Oscar for Best Male Actor for "Tender Mercies", nominated many times over for other outstanding roles, it is his lead role, as Gus McCray, from the Larry McMurtry novel and then the 4 part TV miniseries, "Lonesome Dove", that gave Robert Duvall legendary status as an actor. His pivotal role as the former Texas Ranger, who departs from south Texas to Montana to begin the first cattle ranch in those parts is one of the five best Westerns ever made, if not the best Western ever made.

Robert Duvall currently resides in northern Virginia, in the shadows of the Blue Ridge Mountains, but is still acting quite well in large and smaller films.

Come join us at our new Movie Database. We welcome you our latest feature to sort through film data to discover information on actors, directors, film images, or just what is playing, when it will pay, or when it did play. It is a work in progress, so we would appreciate your input.
Go Back