Hobby Lobby, "The Republican War on Women" and Hillary Misspeaks ... Again | Beaufort County Now | The U. S. Supreme Court voted 5 to 4 in the Hobby Lobby religious freedom case to support this retail company's first amendment right to hold certain religious and ethical beliefs over the will of the federal government's police power directed by a poorly written, and inconsistently enforced law. 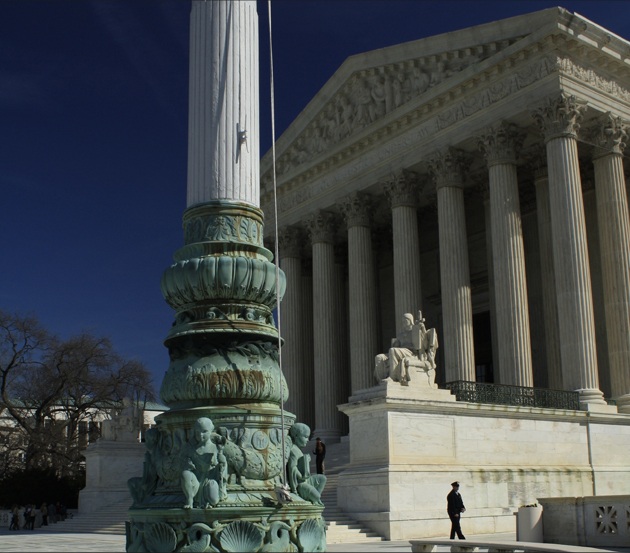 While the feminists, who well believe they understand their one issue, re-initiates 'ginning up their base' with their "Republican War of Women" mantra, BCN begins its "War on Stupid" campaign.

The United States Supreme Court voted 5 to 4 in favor of Hobby Lobby in the Burwell vs. Hobby Lobby religious freedom case to support this retail company's first amendment right to hold certain religious and ethical beliefs over the will of the federal government's police power directed by a poorly written, and inconsistently enforced law. That law in question is ObamaCare (Affordable Care Act), which denotes America's embarkation into full fledged socialism; the Hobby Lobby 'forced life-ending contraception case' is the second real push-back against this ill-conceived, unconstitutional law that all Democrat congresspeople love, and their president lied to the American public, repeatedly, to implement. 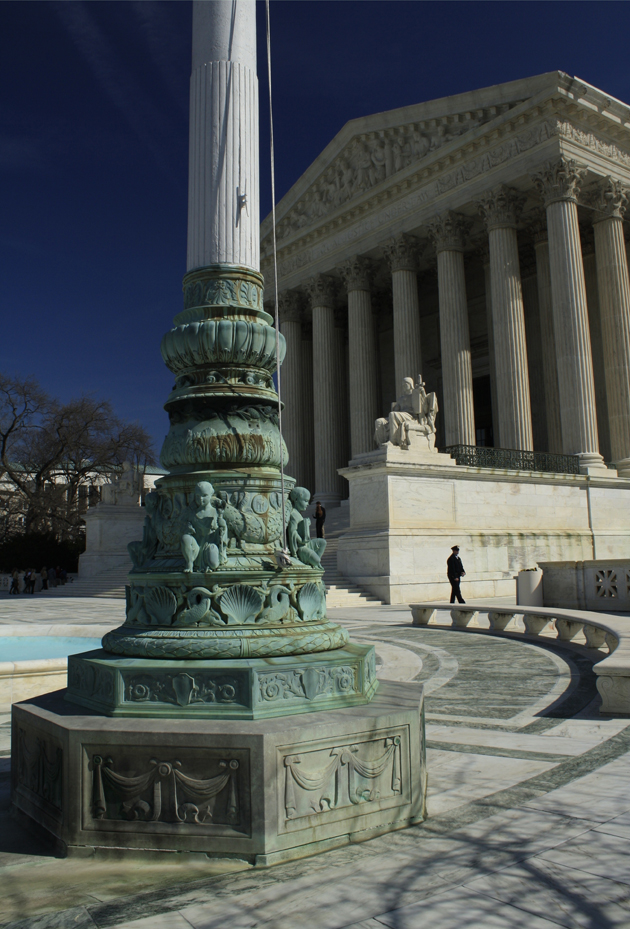 The first push-back against Federal over-reach was the Supreme Court's Little Sisters of the Poor /Catholic Church mission's ObamaCare 'life-ending contraception' case exemption, by injunction, from the dictates of ObamaCare. That ObamaCare mandated forced 'life-ending contraception' was at the core of the Supreme Court's first ruling against this Democrat legislation, and was again at the nexus of the second-ruling in the Hobby Lobby case. The emergency postcoital contraception (ECP, emergency contraception pills), or 'morning-after-pill', was the aforementioned nexus of this case that manifested a severe, and irreparable conflict between the Federal government's dictates of legislative control, and Hobby Lobby's strongly held religious beliefs that life begins at conception; that Mr. Obama's signature legislation exceeded its bounds by its Federal will to force Hobby lobby to pay for that form of contraception for its roughly 11,000 employees.

That's the broad concept. A narrower version of the ruling is that ObamaCare, exceeding well over 2,000 pages, does not specifically stipulate that employers must pay for controversial line-ending contraception, and that a bureaucrat - in this case Kathleen Sebelius, former director of Health and Human Services - exceeded her authority by misinterpreting this socialized medicine monstrosity, in regards to forcing 'closely held' businesses (not public companies), did have the power to compel Hobby Lobby to pay for their employees' contraception. This is the same Kathleen Sebelius that completely botched roll-out of the HealthCare.gov website - ObamaCare site.

In the wake of this magnificent revelation from the 'Supremes' that ObamCare is teetering under its own weight of incompetent legislation and executive implementation, Liberals are having a pure conniption fit in explaining their frustration.

Sandra Fluke (pronounced Fluck), known widely for her expressed need for 3,000.00 per annum of tax payer funded contraception, and now a contraception rights (tax-payer funded) advocate, decried the ruling as: "A woman’s boss should not have a say in her health care decisions."

Hillary Clinton, former secretary of state under Candidate Obama when that 'despicable video' caused the deaths of four Americans (including Ambassador Christopher Stevens) in Benghazi (9/11, 2012) bemoaned: "It's very troubling that a sales clerk at Hobby Lobby who needs contraception, which is pretty expensive, is not going to get that service through her employer’s health care plan because her employer doesn't think she should be using contraception."

The former secretary of state during the genesis of the Middle East becoming embroiled in total turmoil, which was not actually caused by that 'despicable video', concluded, "It is a disturbing trend that you see in a lot of societies that are very unstable, anti-democratic, and frankly prone to extremism."

If I might offer a brief retort to the former Secretary of the State, who was at least instrumental in locking up (nearly two years) the man who was responsible for that 'despicable video' that she repeatedly expressed caused the Benghazi attack on U.S. soil; but 'at this point', "What difference does it make?" ... however: 1) The reason the 'Hobby Lobby sales clerk' would need a 'pretty expensive' contraception is due to the use of the emergency postcoital contraception, which is 'pretty expensive'. The last time I checked condoms and birth control pills were rather inexpensive - extremely affordable for the most consenting individuals; 2) What is 'unstable, anti-democratic, and frankly prone to extremism' is using the police power of the IRS to force other Americans, who hold the biblical belief that life begins at contraception, to pay to kill that life that grows within those Americans, who need copious free contraception for their extensive sexual practices.

Even North Carolina's senator, Kay Hagan, positioning herself to take advantage of the feminist outrage, doubled down by passionately emoting: "It is shameful that a woman’s access to contraception is even up for debate in the year 2014. The choice about whether to use birth control should be between a woman and her doctor, not her boss, and no employer should be allowed to interfere with a woman’s access to contraception."

North Carolina Senator Kay Hagan also immeasurably admires the intellect of her Majority Leader Sen. Harry Reid, and pledges her loyalty to his continuance of ... well, whatever the Hell he does. It sure is not passing well considered legislation ... the worst in modern history.

Sandra Fluke's (pronounced Fluck's) abstract hypothesis notwithstanding, American women are currently free to end the lives of fetuses that grow within them, whether by the 'morning-after-pill', or by abortion during the first, or second trimesters of their pregnancy; however, do not force the rest of us to pay it by government demand. The Hobby Lobby company will now not have to. There are many of the rest of us, who do not share the views of a society of women, who only understand the one issue of reproductive-rights-on-demand, would rather not pay for your promiscuity. It is a promiscuity that is, irrespective of the relative ease of birth control in the United States, creating babies out-of-wedlock at alarming and historic rates. This is a corrosive force in any society, and this disingenuous argument of women's reproductive-rights-on-demand trumping all of society's structural necessities is greatly damaging our nation.

Furthermore, for all of you sisters of feminism, who truly just understand that one issue, you have also voted for your nation to: strike down the Keystone Pipeline so that Canadian oil can now go to China, destroy the coal industry (which will raise you utility rates - count on it); a sluggish economy, with record systemic unemployment, that would be in reverse if the Fed was not inflating the money supply; 90,000 children (without parents) flooding into our nation with no immediate threat of deportation; the IRS working for the Democrat party, against all others, now that they are hired to collect for the Democrats' foray into socialized medicine; the Ukraine under the boot-heel of an unchecked Vladimir Putin; the Middle East literally 'on fire', featuring - the Benghazi debacle, Syria in death throes, Iran developing a nuclear weapon, murderous terrorists creating a caliphate in Syria and Iraq, Afghanistan soon to be the second war that this Democrat president will next lose; and the scandals, so many scandals - more than any president in our history. Feminists, and their feminist clones ... or is it drones?, voted for all of this when they only support Democrats like Barack Hussein Obama, and other Democrats, who would vote for a Harry Reid to be Majority Leader, and Nancy Pelosi to be Speaker.

But remember this, you sisters of feminism-at-all-costs, there are growing numbers of women: strong, smart, brave, reasonable, leaders, and with every bit of as low opinion of you as I have - maybe lower - and they will gain the support of other women, and men, to become members of the leadership to a realistic path forward. These women are our mothers, our leaders in business, leaders in public life, and they can juggle all of that, and can still fathom much more than the one issue that interminably swamps the Sandra Flukes, the Hillary Clintons, the Kay Hagans, and so many others.

For those good women, and in spite of you pathetic feminists that consciously parrot the sophistic, trite "Republican War on Women" mantra, we, at BCN, are now engaged in our "War on Stupid". When we hear it, see it, we will call you out. It is not that we do not respect you because you are a woman, it is that we do not respect you because you are stupid, and yet you are our senators, our former secretary of state, our former speaker of the house, and God forbid, one of you becomes president, and follows the supreme captain of incompetence, Barack Hussein Obama into the White House.

Considering our nation's rich history, this nation is now teetering on an extremely tremulous three-legged stool, and will not survive the balancing act if we cannot endeavor to right it. Furthermore, our Republic was born in freedom, and those patriots that keep all of us safe will not continue that avocation should this nation devolve into a far less free state, where the fascism of overt, unrestrained feminism dictates what those freedoms will consist of going forward. For these brave strong-willed men and women, an evolving Republic transitioning to a socialist state, which has now become the core of feminism, will not inspire them to continue their sacrifice to provide for us the nation we hopefully deserve.

With the world this dangerous, from the evil of Men unrestrained, as it has become: Do you really want to create a society, or allow a society to be re-created, where the patriots will not boldly bolt to the fore to keep us, and their own loved ones safe ... that they go underground, well armed, and well intended for only their own. I don't.

That is why I will continue to do my part here at BCN, and hence if there is to be a "Republican War on Women", there will exist this Republican's "War on Stupid". Count on it. You'll be surprised how many real women will appreciate this well intended, and well deserved endeavor.

poll#51
Considering Mr. Obama's chronic incompetence in making important decisions, moreover of late, those that would keep Americans safe: Is he competent to serve as president for the duration of his term?
3.56%   Yes, I am enamored with this 'transformational' man.
95.85%   No, the man should be removed from office before he does anymore damage.
0.59%   I only know that I was hauled to the polls to vote for him.
337 total vote(s)     Voting has Ended!
Go Back