Login to Send a Private Message to Stan Deatherage
Publisher's note: This post, in terms of unique views, is the biggest article of the last two months and it has only been about 10 days since it was first published ... so, we'll give it a prominent position this one more time.

Pretend President Barack Obama, in a pre-announced speech to be conducted on Tuesday, intends to drive a stake in the heart of the coal industry with new EPA regulations designed to kill off what America abundantly has as an energy resource. 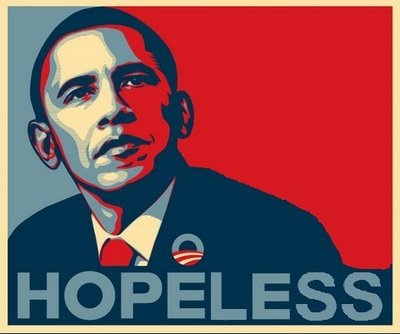 With so many completely unexplained scandals rocking his administration, the Candidate's base has dwindled to the most committed Liberals, and others, who suffer from identity politics as a sole determiner as to the extent they can rationalize the quality of a politician's character. For those people alone, Candidate Obama intends to use the, also scandal ridden, EPA as regulatory "storm troopers" to destroy the coal industry, raise the cost of energy, and satisfy the "green" special interest consortium to make America more susceptible to higher costing energy to make solar, wind, etc., which have been propped up by his Federal subsidies, as serious subsidized alternatives. Furthermore, the Candidate, who really only fully understands politics, will succeed in his ambition to turn the 2014 congressional elections into a battleground for the advocates of "save the climate" over everything else, versus those who can actually cogitate simple math, and know that the United States is now on an unsustainable fiscal path.

This "green" inspired "wag-the-dog" is not new to this pretend president. The Candidate has already used the strong arm of the EPA to stop the expansion of any future "clean coal" electricity generation plants, while pumping billions of federal dollars from the first, and hopefully only, stimulus package into failing "green jobs" initiatives, where all principles, without exception, were major contributors to his campaigns. In advance text of Tuesday's speech, the Candidate intends to employ the EPA to make coal produced electricity an onerous exercise in futility - a failed business model made predictable by this pretend president.

What is at stake?

A faltering economy, with no real hope for expansion due to three immutable facts: 1) ObamaCare, the poorly conceived answer to an inefficient U.S. health system, which is the huge conundrum for small businesses; 2) Nearly 17 trillion in federal debt, which acts as a huge overhang to most decision makers in the economy (as treasury rates rise it is a problem made impossible to remedy); 3) Rising energy costs from an administration that despises "clean coal" and the Keystone Pipeline, etc.

If you believe that "going green" is the answer to all of America's systemic problems here and abroad, then you'll just love the continuation of the "wag-the-dog" initiative of this scandal ridden pretend president.

For most of you "green voters" and identity voters, you have obviously turned a blind eye to scandals like:

•   Solyndra-like public funds converted to failed business models as campaign payoffs
•   The continuation of the Benghazi Cover-up
•   Spying on, and criminalizing the "free press" that is not sympathetic to all issues Obama
•   The burgeoning IRS political identity scandal, and payoff to achieve such
•   The evolving NSA domestic spying raised to that level, which was not intended in the original Patriot Act

For those of you, who hold the rest of us, who can actually understand the math of a failed administration, and a Liberal America teetering on the brink, do not involve us in silly debates, where, at some point, you might feel compelled to decry one of us as a racist, when you can't form any original thought to support your pathetic argument.

Most of us are getting fairly tired of such behavior. It makes you, and your very small president appear even smaller.

poll#51
Considering Mr. Obama's chronic incompetence in making important decisions, moreover of late, those that would keep Americans safe: Is he competent to serve as president for the duration of his term?
3.56%   Yes, I am enamored with this 'transformational' man.
95.85%   No, the man should be removed from office before he does anymore damage.
0.59%   I only know that I was hauled to the polls to vote for him.
337 total vote(s)     Voting has Ended!


poll#42
Even though the present mainstream media considers Race the all encompassing issue of the ages: Should the Federal DOJ prosecute George Zimmerman under Hate Crimes law?
25.96%   Yes, I believe that George Zimmerman murdered Trayvon out of racial hatred and should be prosecuted.
45.77%   No, the Obama Administration needs to mind its business to solve the mess they have made of America.
28.27%   I absolutely don't care.
1,383 total vote(s)     Voting has Ended!