The Army had introduced a program for Point Shooting or Instinctive Shooting. I had forgotten the name of the program but subsequent research has revealed that it was the "Quick Kill" program.

The idea behind it is that you will not have time to follow the marksmanship drills in close quarter combat, which was the norm in Vietnam. Basic training included both methods since they did not necessarily know where the recruit final assignment. (I call BS on that since my entire training class with one exception went to Infantry Training and then Vietnam as Infantry grunts; but that was where the need was.)

The Four Fundamentals of Marksmanship are


After some on the job experience in the Jungles, the Army learned that Sir Charles did not have the skills or time to follow the deliberate four fundamentals. His general practice was to point and "rock and roll" full clip in your general direction with his trusty AK47. That pretty much eliminated the Steady position and Breath Control if not the other two. It also added Bladder and Sphincter Control to replace them. The measurement of Sphincter control is called the "Pucker Factor"!

The army developed the Quick Kill program based on the methods of world-class "trick shot" champions like Bobby Lamar "Lucky" McDaniel.

Recruits trained in the point and shoot technique became a 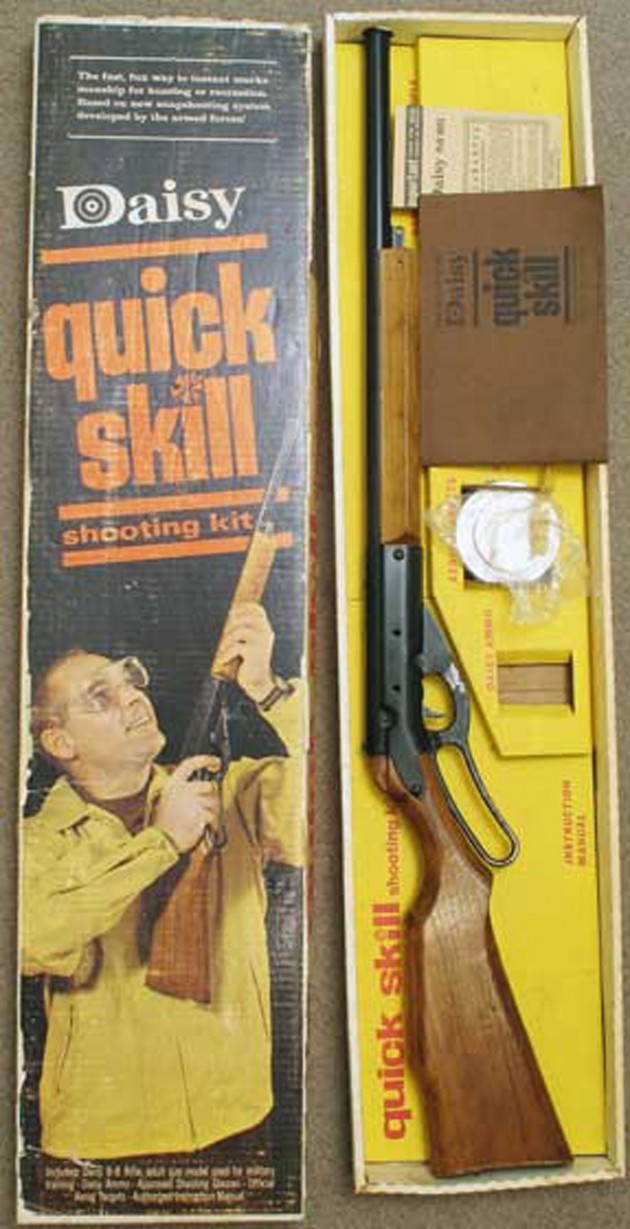 part of training in 1967. The basic idea is that you aim with your eyes and head and not the sight. To do this you need to anchor the weapon in a fixed position and sight along the top of the barrel. Usually about two inches over the barrel. As with all skills, practice makes perfect. Wikipedia explains it much better than I can below.

"To accomplish the skill level the during the 60's and 70's the US Army bought over 33,000 Daisy bb guns without sights for doing instinctive shooting training with new recruits in boot camp! Many soldiers bound for Vietnam learned to shoot at hand thrown aerial targets and miniature ground targets before they ever fired an M14 or M16 rifle". Source 1

This had two benefits: It saved money, and it did not put a strain on the ammunition supply chain that was needed to resupply the Vietnam soldiers. Daisy even marketed a BB gun to the civilian population which they named the "Quick Skill" air gun.

"A method of point shooting with a rifle was developed by Lucky McDaniel and taught by the US Army beginning in 1967. It was called "Quick Kill", and it was taught using an air rifle. The Quick Kill method was fully detailed in-step-by-step fashion in Principles of Quick Kill.[34] It was taught starting with a special Daisy BB gun that had no sights. The slow moving steel BB was visible in flight on sunny days, making it an inexpensive tracer round. The students began by firing at 3.5-inch (89 mm) diameter metal disks thrown in the air slightly in front of the student and 2 to 4 meters (6 ft 7 in to 13 ft 1 in) above the student's head. After an 80% hit rate is attained firing at these disks, the student is then presented with 2.5-inch (64 mm) diameter disks. Once proficiency is attained with the aerial targets, it shows the student has mastered the fundamentals, and training moves on to stationary targets on the ground, first with the BB gun and then with a service rifle having its front and rear sights taped over.

When a soldier points, he instinctively points at the feature on 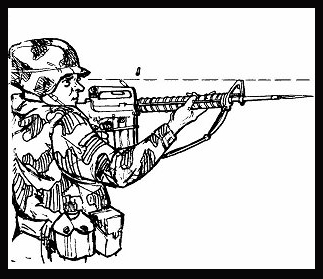 the object on which his eyes are focused. An impulse from the brain causes the arm and hand to stop when the finger reaches the proper position. When the eyes are shifted to a new object or feature, the finger, hand, and arm also shift to this point. It is this inherent trait that can be used by the soldier to rapidly and accurately engage targets". Wiki Link for above text

Finally, the live fire with actual weapons was implemented. Unfortunately, at my time at Fort Benning M16 rifles were in very short supply. I never saw an M16 during basic training. We qualified with the larger and more traditional M14. I did not see or train with an M16 until my Advanced Infantry Training at Fort McClellan, Alabama. That is when we resumed the Quick Kill with actual lie ammo and M16.

One thing you can say about Military training. Critical skills reinforced with repetition are direct and to the point. Advanced techniques build on that foundation. The military is not a Liberal Arts education. I still believe a universal draft would go a long way in teaching discipline, perseverance and self-reliance that seems to be missing in our young people today. I am not advocating everyone be in combat or even military service but 8-12 weeks of basic training can be invaluable in building character and stretching young people beyond the self-imposed boundaries they perceive is their capabilities. It would also teach them the true meaning of "Safe Zone". To put it in terms that are more direct; after you have run as far as you can and your legs cannot carry you another step you will inevitably fall to the ground. That is when the old drill sergeant hovers over you and yells "Don't just lay there do push-ups". Somehow, you will find the motivation and extra burst of energy that you never knew you had.

I believe that our current all voluntary military is the best-trained, educated and motivated force this country has ever fielded. I am sure the training techniques are much more advanced today.

Here is an Army video of the Modern Training at Fort Benning, Georgia (3:41)long:

The final lesson on fire technique is not taught until you actually get in combat. You may have seen pictures of soldiers holding the rifle over their head, hiding in a trench and firing downrange without aiming. As a FNG, this is your first response to incoming fire. It is call the "SPRAY AND PRAY" technique and it does not require much if any training. Eventually one of the veterans will straighten you out and you will learn the fire discipline that you were taught.

One of Murphy's Laws of combat is:


Always said you don't have to be the best shot but you damn well better be the first.