It has happened before - March, 2015 - now it has happened again. This February, 2016, was not only our second blow-our month, it blew out the blow-out month of March, 2016. Beaufort County NOW, BCN, Symbiotic Publisher, Search, Growing Readership, online publication, bcn trfc
Home
Categories
Login

February was our Second Blow-out Month

Login to Send a Private Message to Stan Deatherage
As publisher of BCN, I would like to extend a mammoth thank-you to all of our many contributors; without their gracious desire to communicate none of this would be possible.

Recently, after the close of February, I droned on about how the spectacular February was for BCN, and the strides made to attain the top spot of all online publications in northeastern North Carolina. Now, I offer my simple analysis of the traffic figures regarding the month of February, 2016.

Simply, it was that blow-out; the likes of which we may never know again ... well, maybe not this year. But, I said this all before after the former blow-out month of March, 2015, and yet, by October of that same year, we bested that wonderful March. Then December, 2015, beat that October, which be overwhelmed the blow-out month of March, 2015; and then January, 2016, trounced December, 2015. It may seem overtly redundant to restate that February, 2016, blew away the aforementioned January, but that is what happens when your online publication blew-out the blow-out month.

Now with as little verbosity that is never my nature, I offer, as evidence to the underwhelmed, the traffic stats for the month of February, 2016: 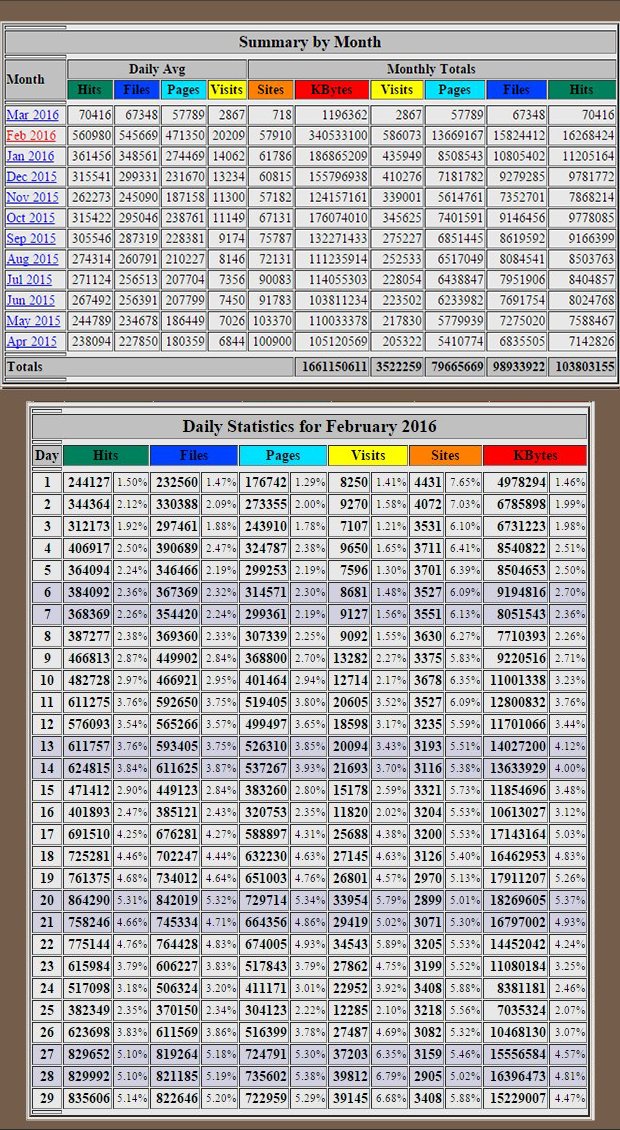 Milestones for Beaufort County NOW: Our Growing Readership in February, 2015

•   Most Readers per day in February - 98,197 based on the metric of 4.8 page views per person, with unique IPs at the level as they are presenting themselves here now. Volume?


If you have an interest in excellence, and a firm need to compete bigger and better than your competition on the internet, you may wish to contact: