It's a Wonderful Life

A Story Told and Many Lessons Learned ... Merry Christmas and Thank-you Frank Capra 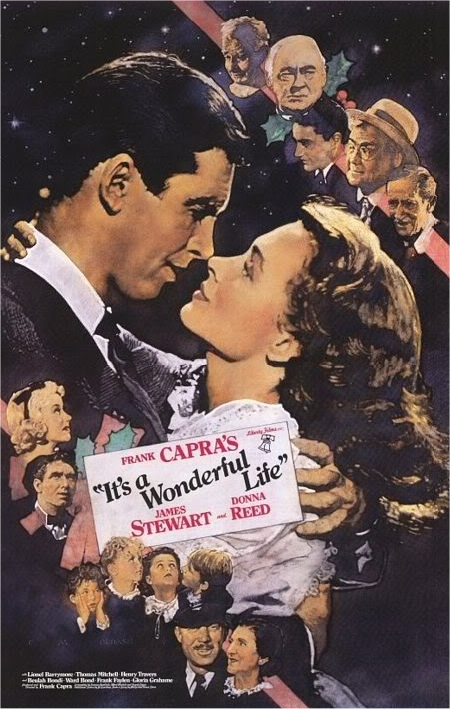 The film “It’s a Wonderful Life” was taken in part from the story “The Gift” written by Phillip Van Doren Stern. It was released in the year following World War II to a people who really needed a story that represented the despair and great loss that was encumbered upon them, and yet it all worked out in the end because of the generosity of others. Director Frank Capra knew that he had a winning story and all he needed to propel it into the consciousness of America was a solid cast with excellent chemistry, which he got from: Donna Reed as the perfect wife, Mary Bailey, Thomas Mitchell as the dotty Uncle Billy Bailey, Henry Travers as the dimwitted Guardian Angle working diligently to earn his wings, journeyman Ward Bond as Bert the Cop and Lionel Barrymore as the irascible Henry F. Potter, who was terribly mean and should have at least been nominated for the Oscar, if not its winner, for Best Supporting Actor. Fold in the very popular Jimmy Stewart in the lead Role of George Bailey, who had won an Oscar for Best Actor in a Leading Role in the film “Philadelphia Story” in 1940 just before he enlisted in the U.S. Army Air Corp, and you have the potential for a successful film - maybe a classic.

“It’s a Wonderful Life” is, without argument, the most memorable film from 1946. The story of an angel on Christmas Eve offering a mere mortal the opportunity to see what his community, Bedford Falls, would have been like if he had never lived is not all together original. Charles Dickens’s “A Christmas Carol” was similar in that Ebenezer Scrooge was visited at three separate times by three successive spirits on Christmas Eve, however, that is where the similarities end. No ghoulish spirits visited anyone in Bedford Falls on Christmas Eve, just the doddering guardian angel without wings, named Clarence, pulling George out of the icy drink after he jumped off the local bridge, willing to end it all after perceiving himself a miserable failure. Clarence not only saves George, he incidentally saves Bedford Falls, because without the generous George Bailey his town would have been a much poorer place.

To date, I can’t remember scenes from a film that more exemplifies the infamous “run on the bank” 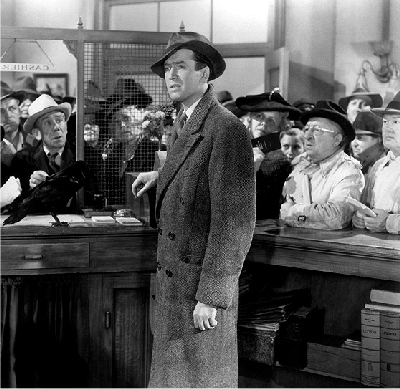 event that resulted from the initial days of The Great Depression; than from the streets of Bedford Falls and the cramped upstairs confines of the Bailey Brothers Building and Loan. That day, the frightened shareholders / depositors of that establishment were enticed by the magnanimous George Bailey to receive small loans from the 2,000.00 that he saved for his and Mary’s Honeymoon rather than clean out their accounts that day of the “bank run.” Not only was it a perfect fit for this movie to show how the selfless George Bailey would help his community in desperate situations but lent an historical perspective to a time in America when neighbors shared an economic fear and pain would last for nearly 10 years. Men and women, like George Bailey, would save America in those distressed days by the sheer force of their love of community and their noble selflessness.

“Remember no man is a failure who has friends.” Clarence inscribed in an edition of “Tom 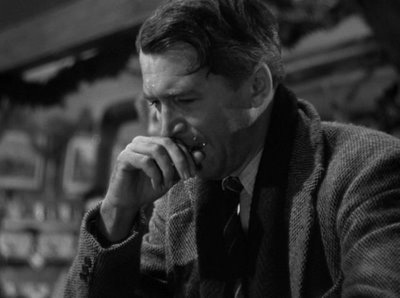 Sawyer” for a thank-you to George for helping him get his wings and to re-enforce that George need remember that he, if nothing else, is a selfless man of the community. Having friends was George Bailey’s saving grace at a very difficult time in his life, however, this not the moral of this tale. It was the gracious and selfless life that George led, which made others love him. Only Jimmy Stewart could have pulled off this role so effortlessly. As a man, as well as an actor, he was an extraordinary man who was incredibly capable at appearing ordinary.

In regards to Stewart, I can not divorce the actor from the man, who as the commander and at the rank of captain, he led the 703rd Bombardment Squadron’s group of B-24 (Liberators) in over 20 missions deep into Nazi occupied Europe, and received, among many decorations for valor, the Distinguished Flying Cross twice. After nearly 5 years of service to his country, Stewart mustered out at the rank of colonel - the highest rank of any actor to fight for his country in WWII. The most significant aspect of Stewart’s service record as it relates to the film, “It’s a Wonderful Life,” is that it is his first movie upon his return to the states. One can only wonder how the most terrible war in the history of the world had changed the all American boy from Indiana, Pa., and to what extent did his war experience influence how he delivered George Bailey to his audience? The critics who reviewed this film in 1946 mostly panned the film; said it was too dark because of the attempted suicide of George, which led to its demise at the box office, and sadly, put director / financier Frank Capra out of the movie business for good. What a waste. Thankfully Jimmy Stewart went on to have a tremendous career as a male lead and as a character actor, and lived long enough to see Frank Capra’s film become one of the most popular from its era and a Yule Tide staple. 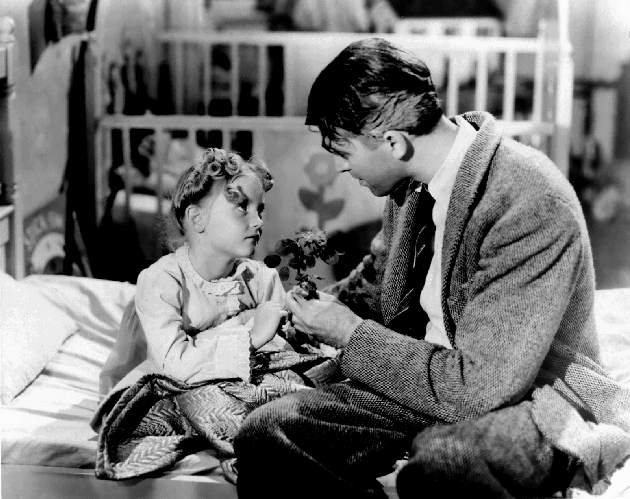 ZuZu Bailey with her dried rose petals (ZuZu Petals) as George is about to come totally unhinged: Above. George and his family reunited after George's guardian angel, Clarence, helps George see his life clearly within the context of helping others in his hometown of Bedford Falls: Below. 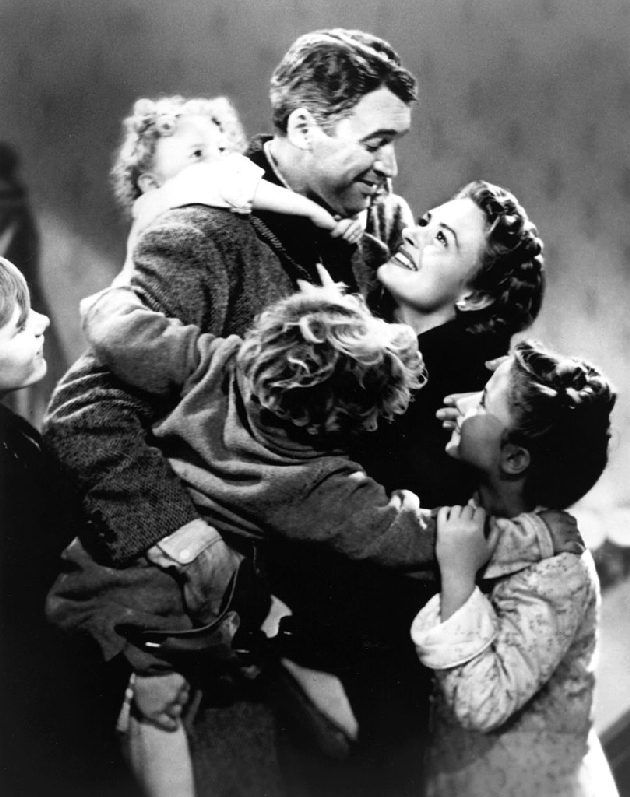 Classic movies, such as “It’s a Wonderful Life,” often are misunderstood by the present popular culture and film critics are sometimes more impressed with the projection of their intellectual capital than they are at espousing a well considered, heartfelt, subjective opinion, which is all a proper film review consists of. “It’s a Wonderful Life” is the perfect example of how some great films are under appreciated, and conversely, others that are critically well received diminish with time. Why? Obviously folks, on occasion, are herded into “group think” and get it wrong.

This is also why I will continue to give my heartfelt, subjective opinion and I pray it will aid you in taking a chance on a really great film, like “It‘s a Wonderful Life,” which I strongly recommend at 4 ½ stars, and missing other overrated movies altogether. It’s all a matter of how much quality time do you have to expend, and at just 132 minutes of runtime, your family should enjoy their time together watching “It‘s a Wonderful Life.”

This article is provided couresy of our sister site: Better Angels Now.