Digging a little deeper inside the faculty lounge at UNC | Eastern North Carolina Now | What's that smell, you ask? Why it's the patchouli-and-granola Chapel Hill-Carrboro crowd stinking up Jones Street and tying up police officers' valuable time -- comparing themselves to MLK and protesting "draconian cuts" to public education.

Digging a little deeper inside the faculty lounge at UNC 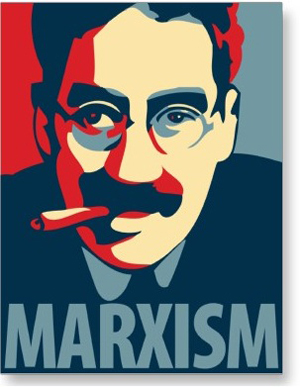 smell, you ask? Why it's the patchouli-and-granola Chapel Hill-Carrboro crowd stinking up Jones Street and tying up police officers' valuable time -- comparing themselves to MLK and protesting "draconian cuts" to public education.

We wrote earlier about one of the rabble-rousers at the legislative building - Dr. Charles van der Horst of UNC-Chapel Hill. McClatchy made a point of profiling Dr. van der Horst and portraying him as an incredible novice to this raising-cain, getting-arrested politics thing. They made the guy look like he was just an average Joe - a wide-eyed innocent - who was moved to action by these godawful Republicans.

If McClatchy had bothered to check Van der Horst's profile page on the UNC web site, they might have picked someone else for their propaganda piece. There - in living color - is a photo of van der Horst, himself, hugged up to Big Barry hisself, backstage at some political event. Most faculty members supply a headshot. Dr. Van der Horst needed a photo of himself with his favorite person.

There's another faculty member in Chapel Hill who really takes the cake. In fact, as The American Spectator points out, he was the subject of an FBI wanted poster:

The taxpayers of North Carolina would probably be shocked to learn that their state university has for a number of years employed a Marxist revolutionary who advocated the violent overthrow of the American government, which he described as "the imperialist, sexist, racist state."

Howard Machtinger wrote that in 1973, when he was a fugitive wanted by the FBI for his role in a plot by the so-called "Weatherman" terrorist group to bomb the Detroit Police Officers Association Building. Machtinger has never repudiated his radicalism. Indeed, only four years ago, Machtinger defended the Weather Underground in an article in the leftist journal In These Times, saying that it was a right-wing "libel on the antiwar movement" to call the criminal bombers "terrorists."

Oh, The Weather Underground was about a wee bit more than protesting the war. They violently went after cops and active duty servicemembers. I have a friend who served in the military during The Vietnam War. He went overseas to take part in the combat, but returned home to join a special military police unit to protect bases on the US West Coast:

"I got shot at more in California than I did in Vietnam. These people were out and out terrorists. They were taking shots at clearly marked US military vehicles and uniformed military members. It's pretty bad when we have to employ the same kind of tactics to protect our domestic bases as we do for our facilities in an overseas combat theater."

The Spectator gives us MORE:

You say to-may-to, I say to-mah-to, eh? Let experts on semantics debate what words should be used to describe the Weather Underground, although my personal preference would be for the FBI's wanted-poster description: "These individuals should be considered dangerous because of their known advocacy and use of explosives, reported acquistion of firearms and incendiary devices, and known propensity for violence."

Whatever you call them, the question that parents and taxpayers should be asking is, "Why are these dangerous individuals being hired as teachers and professors?" Indeed, as Director of the Carolina Teaching Fellows Program at the School of Education at the University of North Carolina's Chapel Hill campus, former fugitive Howard Machtinger was a teacher of teachers, and has also served as co-director of the university's Program for Historical Education.

Hmmm. Not too long ago, Democrats in the Senate were beating up Senator Jerry Tillman for not mandating background checks for educators. I wonder what those same folks think about Mr. Machtinger's taxpayer-subsidized employment at our state's flagship university? MORE:

The employment of Weather Underground alumna and convicted murderer Cathy Boudin at Columbia University has called new attention to such questions, as have Bill Ayers's attempt to disavow his fellow anti-American terrorists who bombed the Boston Marathon. But as the case of Howard Machtinger makes clear, Boudin and Ayers aren't the only terrorists who have found a warm welcome in academia.

A young journalist Ryan Girdusky has compiled a list of 12 accused terrorists teaching at American universities. It's a startling list and, after reading it, you'll understand why I said, "Based on past experience, 20 years from now, al-Qaeda and Hamas terrorists will be teaching at Columbia University."

Ladies and gentlemen, I present to you - -YOUR TAX DOLLARS AT WORK.
Go Back