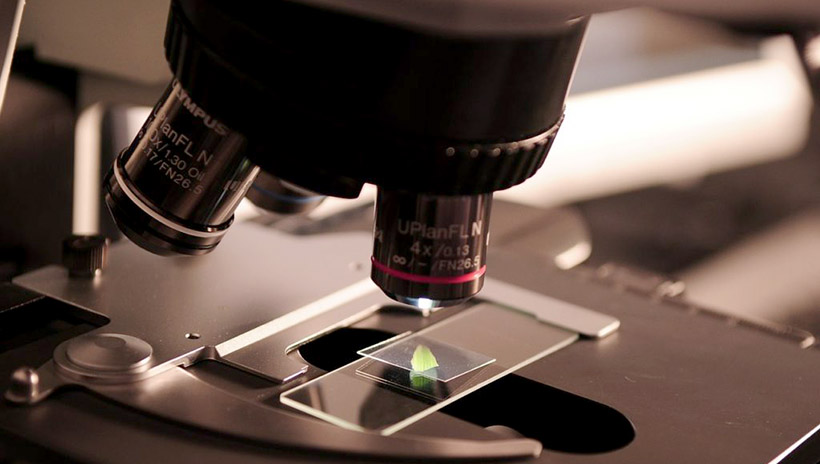 There's a short shelf life for much of what government officials say in the early days of a public health scare. Events tend to overtake projections. Recommendations about the proper response can change quickly.

But at least one portion of N.C. Health and Human Services Secretary Mandy Cohen's March 10 presentation to state lawmakers is worthy of attention today. Cohen's words remind us about the importance of health care supply.

Cohen focused primarily on the COVID-19 coronavirus during morning remarks to the Joint Legislative Oversight Committee on Health and Human Services. She warned lawmakers that much of what she was saying was bound to be out of date by afternoon. (Cohen was correct. Less than three hours later, Gov. Roy Cooper declared a state of emergency based on the virus.)

Yet some of Cohen's comments that morning have ongoing significance.

During the coronavirus scare's initial stage, Cohen expressed the "most concern" about testing.

"Testing capacity is not where I would like to see it," she warned. A state lab had the ability to run its own coronavirus tests as of March 2, Cohen said. "So we have the capability to test. However, we are short on supplies."

Specifically, Cohen cited a lack of reagents, the substances or mixtures required to conduct a chemical analysis. North Carolina and other states faced the same challenge.

"There is a supply-chain issue," she said. "They are literally on back order."

At the time of Cohen's remarks, state government had enough supplies to test 190 people. "It's nowhere where I think we need to be."

North Carolina's state lab normally gets its testing supplies through the federal Centers for Disease Control and Prevention, Cohen explained. Because of the coronavirus emergency, the state turned directly to the manufacturer. So did other states. "They are on back order, so that is something that is getting us some supplies - but really not enough."

Labs at Duke and the University of North Carolina were in the process of stepping up their testing capability, Cohen added. But she offered a warning. "They're going to be using a similar method that our state lab does and again limited by the same reagent issue."

The private Burlington-based LabCorp had started its own testing, using a different method. That method required permission from regulators at the federal Food and Drug Administration, Cohen explained.

The CDC, U.S. Health and Human Services department, and members of North Carolina's congressional delegation were all aware of state government's testing concerns. "But we can't create supplies where they don't exist," Cohen said. "I think the CDC is working hard, but I don't think we were positioned well on this one. We certainly have more work to do to get where we need to testing-wise."

Federal regulators hadn't necessarily understood the extent of the problem. Cohen recounted miscommunication with CDC officials. "I think, at first, we were kind of talking past each other, where there was like, 'Well, you can test,' and we were like, 'No, we can't,'" she said. "We had the capability but not the supply."

Cohen saw good news in the FDA "moving aggressively" to approve new testing methods. "We have another mechanism that we are able to use once the FDA approves it." She expected approval relatively quickly.

For this observer, Cohen's March 10 commentary raised several questions. Why does one manufacturer serve as the sole source for critical testing reagents at labs across the country? Why does North Carolina rely on the federal government as the chief source for its testing supplies? Why does the testing method depend solely on approval from federal regulators?

(The last question calls to mind libertarian reporter John Stossel's critical assessment of the FDA's lengthy, costly approval process. If a new FDA-approved heart drug saves 14,000 lives a year, Stossel argues, that means many more thousands of lives are lost as the manufacturer spends $1 billion or more over a decade to win government approval.)

Each of the questions above might generate answers tied to legitimate public health or safety issues. But they also point to a level of government control that tends to stifle quick action and innovation.

"We can't create supplies where they don't exist." When Cohen uttered those words, this observer thought about more than just coronavirus testing. Plenty of other government rules and regulations limit supply of health care.

These restrictions present ongoing challenges. During a time of emergency, they could stand in the way of helping those with critical immediate needs.

Facts and projections linked to coronavirus are bound to change - multiple times - in the weeks and months ahead. But it's safe to say that headaches tied to government limits on health care supply will linger.

Let's hope the current emergency prompts policymakers to consider reducing harmful, counterproductive government barriers. Then they might not have to worry as much in the future about a supply that doesn't exist.