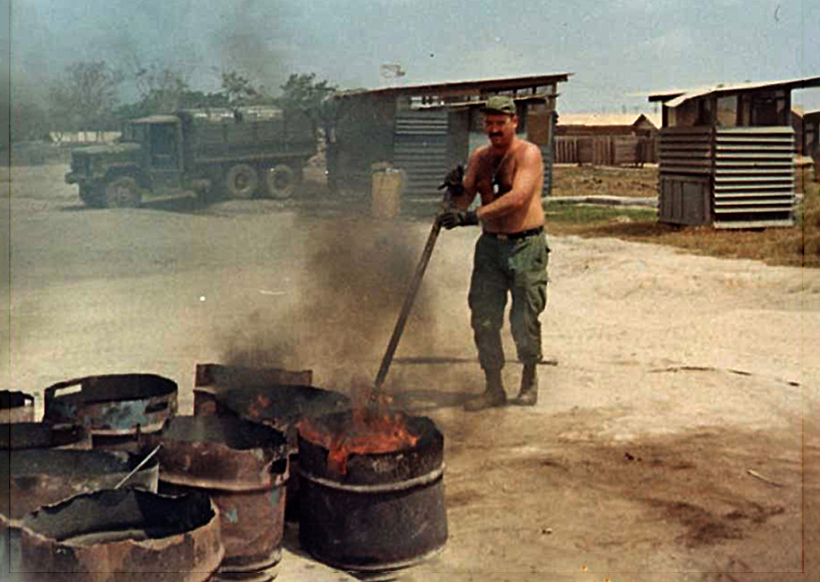 Add air quality to my worry list. The Navy says I was exposed to Agent Orange. Smoke-stacks are numerous in Metro and the auto exhaust on the expressway is annoying.


Publisher's note: The following words and pictures appear here from an old Army buddy of "Morning Muse" writer, Ted McDonald, to give some insight into some daily routines and duties of veterans in Vietnam.

The author of these words preferred to remain anonymous. 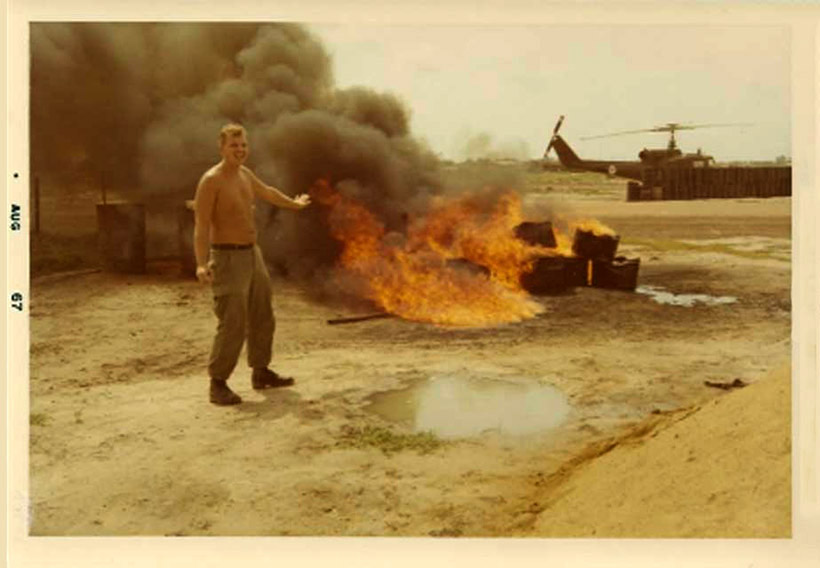 These are not my pictures but they illustrate what the Army called the "The Shit Detail." All Vietnam newbies were assigned "The Shit Detail" after their arrival in Vietnam. It was supposed to cushion the blow for when the eventually went to the field. The detail consisted of pouring Kerosene on the 1/2 55 Gallon barrels that were used under the Base Camp Privy. Then setting fire to the mix. It often required using a pole to "stir the shit" to be sure it was completely consumed by Fire. It was a daily duty and was one of the main reasons not to iss off the Sergeant Major. 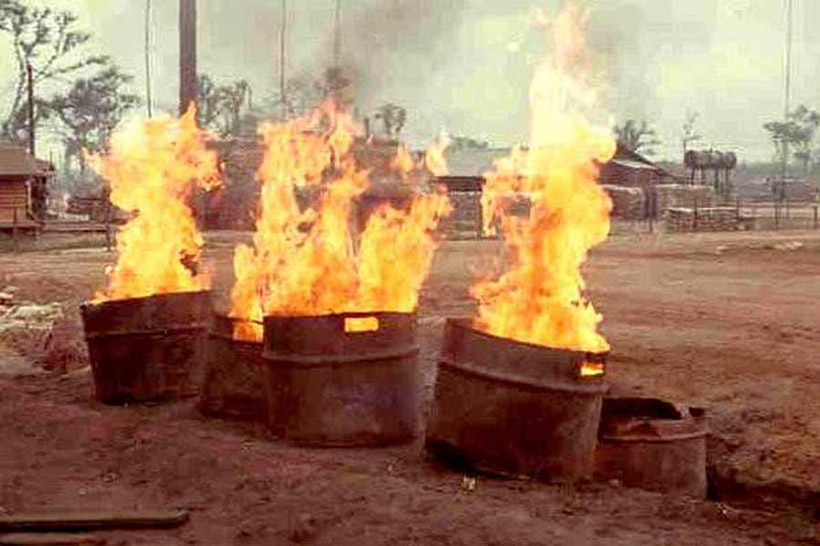 For those who may not remember the movie "Patton" in 1970, George Scott's speech, which was taken from a assemblage of Georgie Patton's actual speeches, makes reference to the World War II version of "The Shit Detail":

"Now, there's one thing that you men will be able to say when you get back home. And you may thank God for it. Thirty years from now, when you're sitting around your fireside with your grandson on your knee and he asks you, "What did you do in the great World War II," you won't have to say, "Well... I shoveled shit in Louisiana."
— "Patton" (1970) (IMDB)

I am pretty sure that most combat Vietnam Veterans would have to admit that at one time in their illustrious career they did indeed "burn shit in Vietnam!"