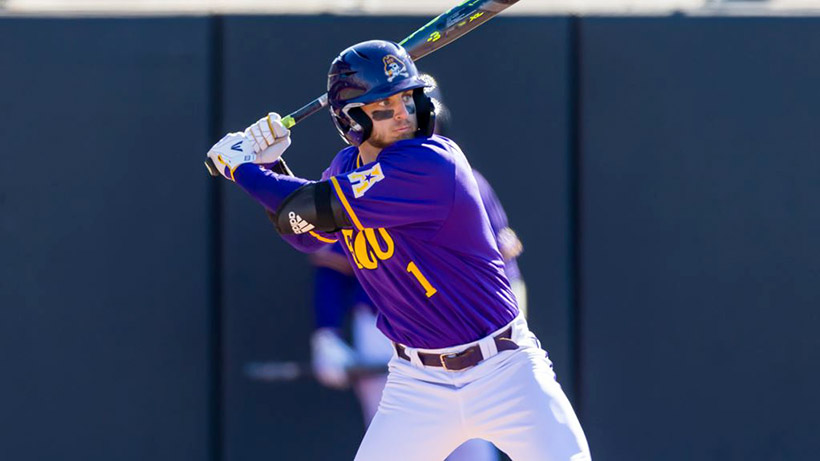 WILMINGTON, N.C.     Matt Suggs' three-run homer in the ninth inning gave UNCW a 5-2 win over No. 19 East Carolina Wednesday night at Brooks Field. With the win the Seahawks improve to 11-5 while the Pirates fall to 13-4 on the season.

With the game tied at two-all going to the home half of the ninth, Brooks Baldwin led off with a double to right-center and Trevor Marsh was intentionally walked for Ryder Giles to face Suggs, who took a first pitch offering over the right field wall for the walk-off win.

ECU struck first plating a run in the fourth when Ben Newton was hit by a pitch with the bases loaded. Seth Caddell singled for the second time in the game then moved to second on Bryson Worrell's walk and third on Connor Norby's bunt single. Newton was plunked for the fifth time this season scoring Caddell for a 1-0 advantage.

Kip Brandenburg knotted the game at one-all in the home half of the fourth with a solo blast to left field, his second of the season.

Zach Agnos' sac fly to right field gave ECU a 2-1 lead in the fifth inning. Lane Hoover led off with a triple down the first base line and trotted home on Agnos' fly ball.

UNCW responded with a run in the sixth tying the game at two-all. Jac Croom walked to open the frame and three batters later he came around to score on Brooks Baldwin's triple to right field.

Caddell, Hoover and Norby each had two hits and combined for six of the Pirates base knocks on the night.

ECU's next game is schedule for Tuesday, March 17 at VCU. The Pirates were supposed to host Columbia in a three-game series this weekend at Lewis Field inside Clark-LeClair Stadium, but the series has been cancelled due to the Ivy League's recent statement regarding the Coronavirus. More information about the Pirates for this weekend will be announced later by ECU officials.