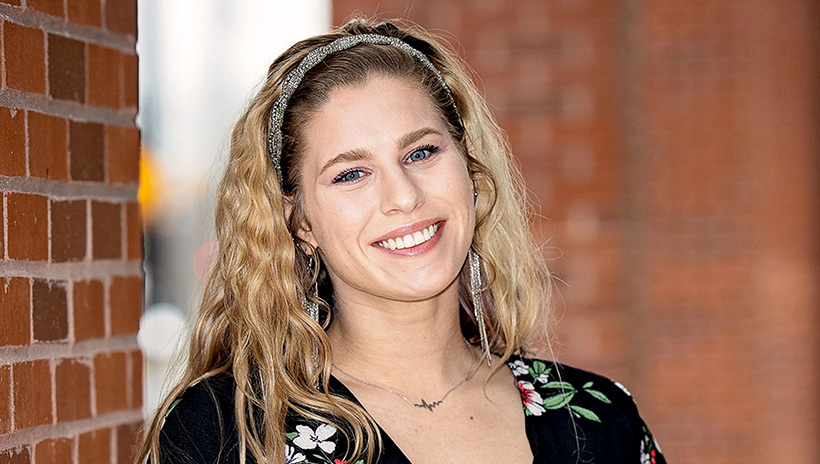 Hunter, a senior from Raleigh, had a heart defect and was diagnosed with vasovagal syncope, Wolff-Parkinson-White syndrome and supraventricular tachycardia as a teenager. She had three heart surgeries before her freshman year at ECU. 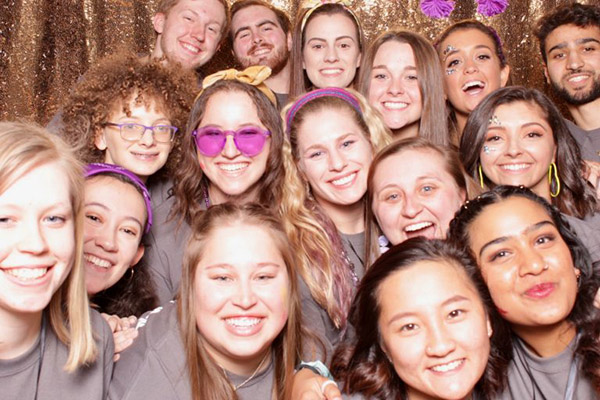 Members of the executive board for Piratethon — a student-led dance marathon that raises money for James and Connie Maynard Children’s Hospital at Vidant Medical Center — pose for a photo. | Photo: Contributed
"I was having heart episodes and finally after going to like 12 different doctors, we figured out what was wrong with me," Hunter said. "Basically, it's an abnormal pathway in the heart that causes the heart to race and palpitate, and it can lead to stroke, heart attack or sudden death at any moment."

She was featured as a "miracle child" at Duke Children's Hospital after her first surgery at age 15. That same year she participated in the N.C. State University Dance Marathon fundraiser for the hospital.

"I had my second heart surgery within that same week of the first one and was condition-free for two years," Hunter said.

After she began having heart episodes again, she had another successful surgery when she was 18.

"When I came to ECU, I was like 'Where do I sign up?' and found out ECU didn't have a dance marathon," Hunter said. "It was crazy to me because most colleges have one and we do have a local Children's Miracle Network Hospital at Vidant." 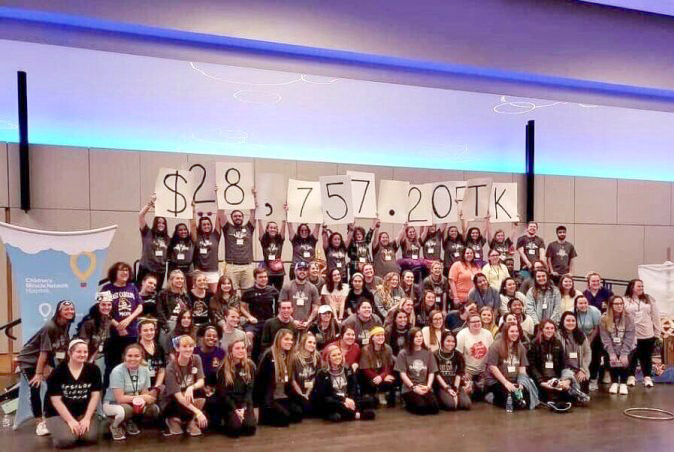 Piratethon raised $28,757 this year, surpassing last year’s total of $15,397. | Photo: Contributed
Hunter said she decided to take initiative and start a dance marathon along with 12 other students.

"Mary Ellen has firsthand knowledge of what these kids go through when they are dealing with a birth defect, cancer or another serious illness," her mother Eleanor Hunter said in a news release. "She knows what it is like to have multiple surgeries and to be in and out of the hospital."

The first Piratethon in 2019 raised $15,397 for the James and Connie Maynard Children's Hospital at Vidant Medical Center.

Hunter said that bringing joy and hope to the kids that come to the dance marathon and providing funds for research and equipment are the main goals of Piratethon.

"It's a bunch of students coming together to raise money for an incredible cause," Hunter said.

While Hunter is preparing to graduate with a degree in communication and a minor in sociology in May, she's confident that Piratethon will be in good hands.

"We are preparing younger committee members and future leaders for the Piratethon executive board in order for my legacy to carry on after I graduate," Hunter said. "I hope Piratethon will continue to grow as it gets more awareness, and I genuinely believe we will raise more money and have more participants and we will get it as big as other dance marathons are at other colleges."