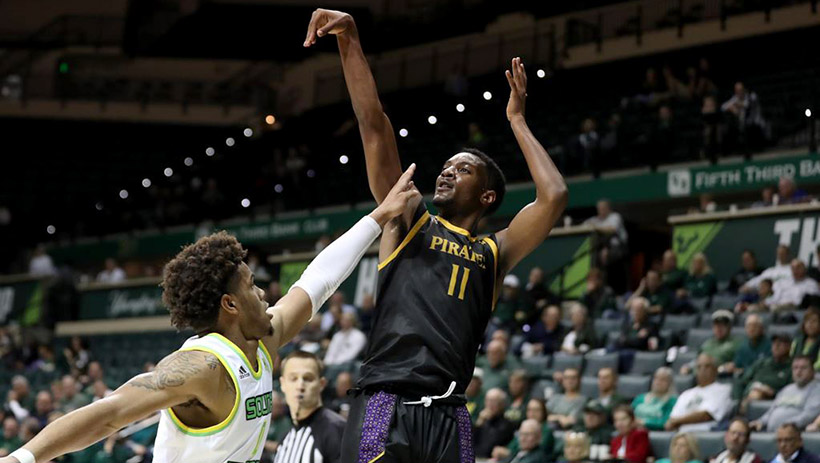 TAMPA, Fla. (AP)     Justin Brown scored five of his 18 points in overtime to lift South Florida to a 73-68 victory over East Carolina on Wednesday night.

Capping a second half that featured six ties and five lead changes, the Pirates' Tremont Robinson-White made a layup to even the score at 59 with 24 seconds left in regulation and send the game to overtime.