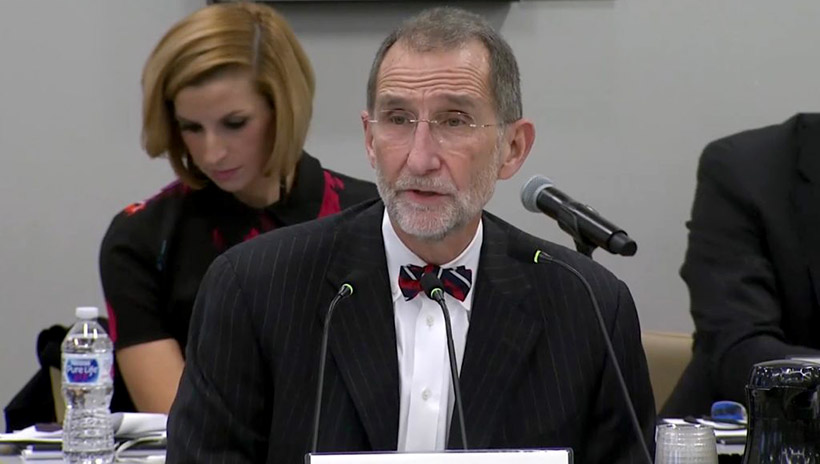 Dr. William Roper, interim president of the University of North Carolina System, addresses the UNC Board of Governors on Jan. 17, 2020. | Photo: UNC-TV

North Carolina's budget stalemate is seriously affecting its public universities and may even cause enrollment cuts at three institutions participating in a reduced tuition program, say leaders of the University of North Carolina System.

UNC's Board of Governors is worried about the future of the 17 campus system after lawmakers failed to override Gov. Roy Cooper's veto of the General Assembly's 2019-21 budget bill. That measure - stalled due to partisan disagreement over Medicaid expansion - included hundreds of millions of dollars for authorized construction and repairs across multiple UNC campuses, among other priority items.

In January, the board passed a resolution asking lawmakers to quit stalling and pass an updated budget. But the legislature isn't scheduled to meet again until the end of April, and consequences of the impasse are reaching UNC schools in every corner of the state, UNC Interim President Bill Roper said during a board meeting Friday, Feb. 21.

"I say this without being political and without placing blame on any party or any state official," Roper said. "My concern for the UNC System is, pure and simple, nonpartisan. There is just too much at stake to quibble over how our budget gets enacted - I am passionate about seeing that it does get enacted, one way or another."

NC Promise, the state program that provides $500 per semester in-state tuition at Elizabeth City State University, UNC Pembroke, and Western Carolina University, is endangered, Roper said. The state's new budget included a tuition "buy down" to fill in the cost gap between what students pay and what the universities normally charge for tuition. Without that money, Elizabeth City State, UNC Pembroke, and Western Carolina "are all facing the very real likelihood that they will have to limit or reduce enrollment for fall 2020 and 2021."

UNC is officially postponing the opening of the N.C. School of Science and Math's new Morganton campus, Roper said. Under the new state budget, the school was set to open in 2021. Now, NCSSM doesn't have the money to pay for faculty or operations. The opening is reset for 2022.

Western Carolina is counting on $16.5 million to repair its steam plant, which is failing, Roper said. N.C. A&T State University is waiting to renovate a classroom building in need of air conditioning and heating upgrades. UNC Pembroke is stalled on a plan to build a new health sciences and STEM building.

Roper will hit the road in March, paying visits to UNC schools and highlighting "the damage that's being done by the lack of a fully enacted budget."

Read more about UNC and the state budget impasse HERE.