News from the Conservative Side in Beaufort County

Then there is election day, Tuesday March 3rd.

The yellow sheeters (liberals) are working hard to elect Rebholz and Evans. It is important that you get your conservative friends, both Republicans and unaffiliated voters, to the polls to vote. No election is a sure thing, especially when liberal Republicans are involved.

March 17 Executive Committee meets at 6:30 Pm at the Ag building at the airport.


And, please consider these CONSERVATIVE Candidates listed here below when you vote in this upcoming primary, with early voting occurring now. 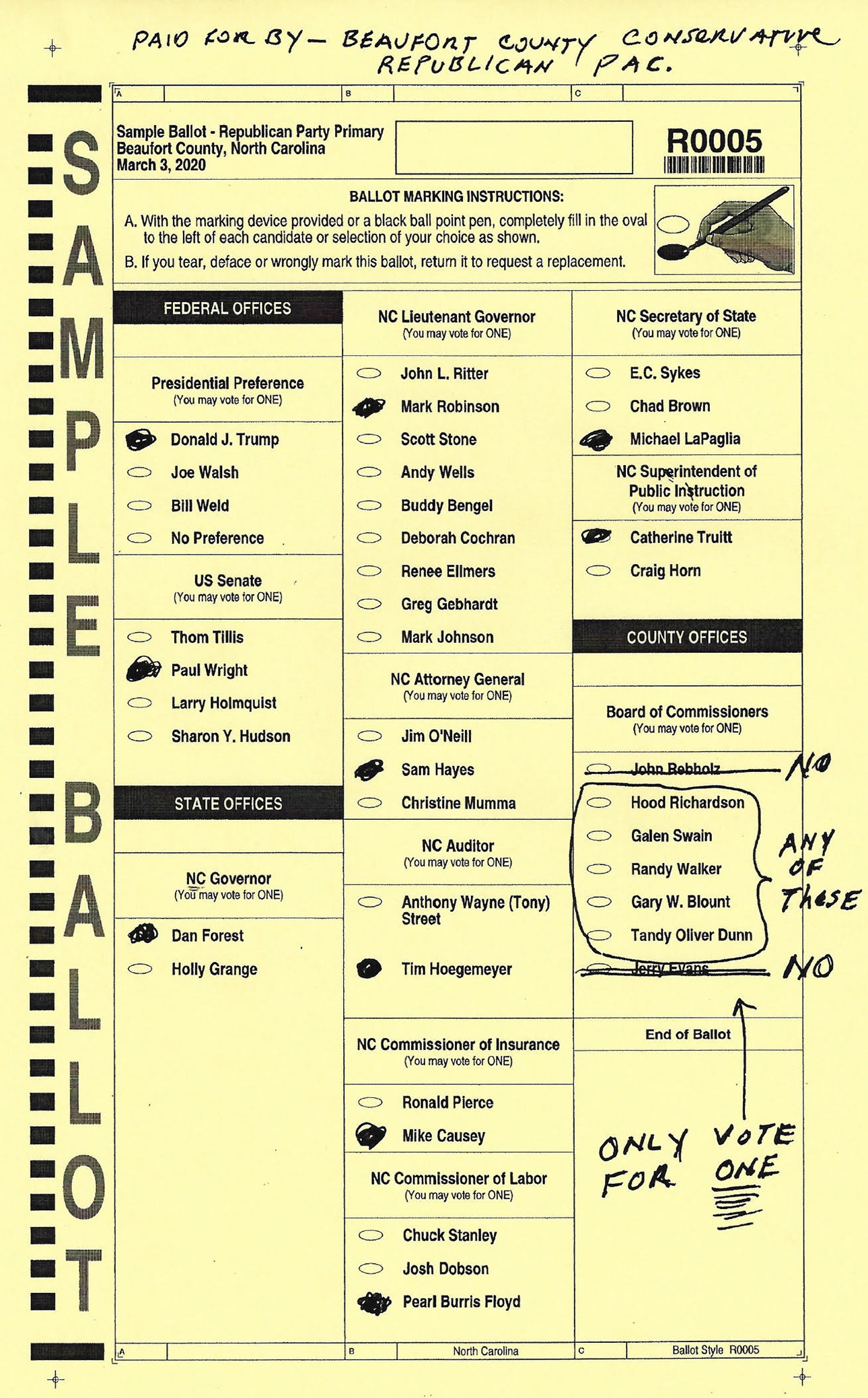