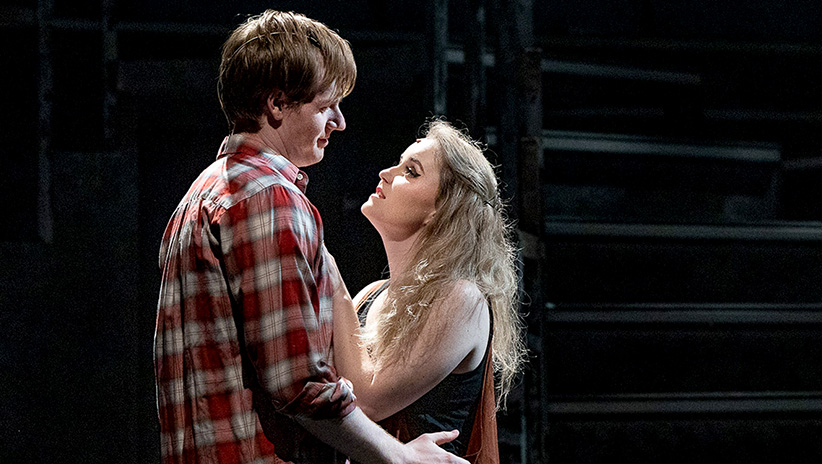 East Carolina students will take to the stage on Feb. 19 to perform "Ghost: The Musical," based on the 1990 hit film "Ghost" that stars Patrick Swayze, Demi Moore and Whoopie Goldberg.

The story takes place in New York City and revolves around soulmates Sam and Molly, who are attacked on their way home, resulting in Sam's death. Sam becomes trapped between the world of the living and the dead and tries to get back to Molly, who he believes is in danger. Oda Mae Brown, a psychic, helps Sam get back in touch with Molly.

Michael Tahaney, ECU associate professor and director of the musical, said he chose "Ghost" because of its contemporary music and great story.

"Here at ECU, I think we have a responsibility to do a wide variety of material," Tahaney said. "In each season, we try to have a mix of things going from something classical to something newer and more contemporary, and it gives the students an opportunity to work with a more contemporary style of music."

Tahaney said he believes the musical will not only pique the curiosity of the community, but also of ECU students.

"I think that the ECU students who come to see it will really enjoy it because it has recent music and it's a romantic comedy with a great story," Tahaney said.

He credits the students for practicing hard and learning new things for the musical. 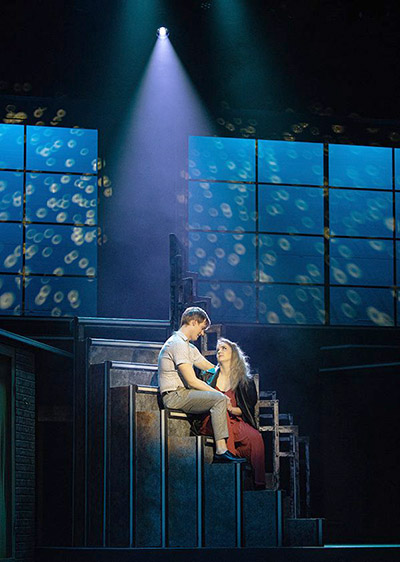 Sam shares a moment with Molly.
"These students work very hard, every night from 6:30 to 10:30, five days a week and on Sunday from 1 to 6," Tahaney said. "It pretty much equates to having a full-time job, and that's not even counting the classes they take."

ECU senior Karley Kornegay, who stars as Molly, said the musical shows the relationship between her character and Sam and hopes that the audience can see what the power of love can do.

"There is something magical about their relationship and when she loses Sam, her whole world has been taken away from her and she feels empty and lonely," Kornegay said.

Tahaney said that he thinks the musical will evoke some of the same emotions in the audience as it did with him.

"For me, the musical can connect to any of us who have lost a family member, friend or someone that you care about and the feeling of wanting to see that person one more time," Tahaney said.