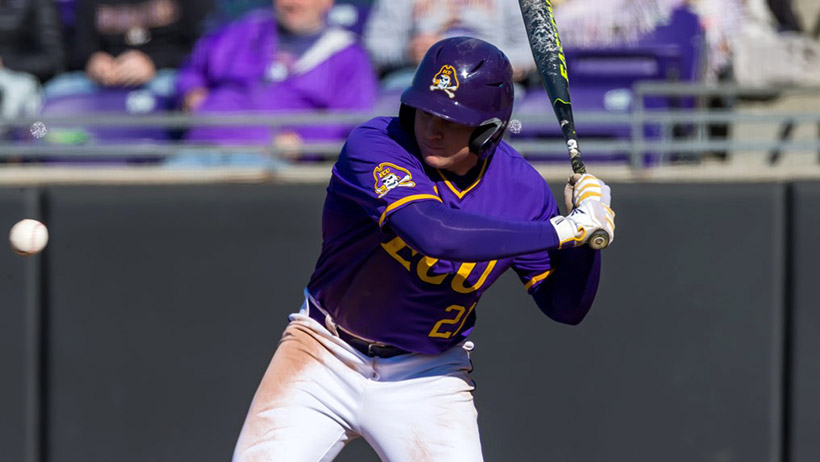 The Abingdon, Va. native hit at an impressive .625 clip (5-for-8) with four RBI and scored once during the Pirates' weekend sweep of William & Mary. He collected at least one hit and drove in a run in all three games, while tallying a pair of multi-hit and one multi-RBI game. Francisco reached base eight times on the weekend (five singles and three walks) and extended his current hit streak to eight games dating back to the Quinnipiac contest in the 2019 Greenville Regional on June 1st.

In the season opener, Francisco went 2-for-4 with an RBI sac fly in the Pirates 2-1 extra inning affair against the Tribe. He followed that with a 1-for-1 performance plating and scoring a run to go along with a pair of walks. In the series finale, he registered his second multi-hit contest of the young season (2-for-3) and drove in a pair of runs.

Francisco is the 10th different Pirate to earn player-of-the-week hitting honors since ECU joined The American in 2015.