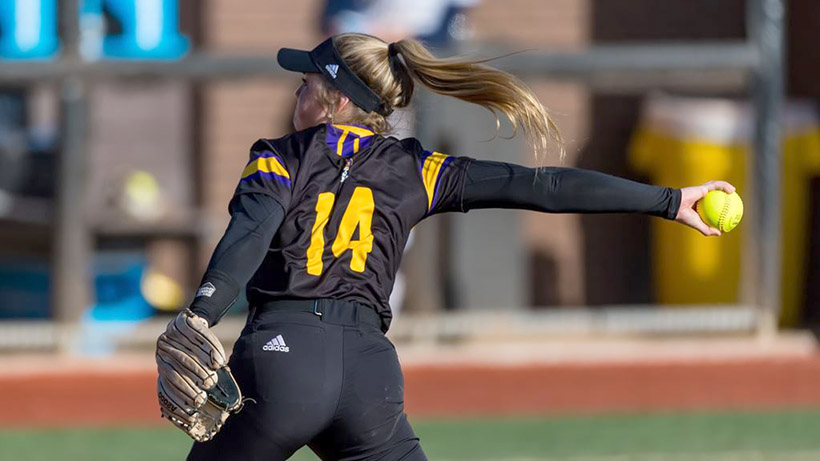 In her fifth season, head coach Courtney Oliver picked up her 100th victory in charge of the program.

Estes (3-0) scattered three hits in the victory while walking two batters and striking out four. She completed the shutout in just 91 pitches. Mia Parker (0-1) also went the distance, surrendering two unearned runs on seven hits with two walks and a strikeout.

Senior outfielder Olivia Narron paced the offense with two hits while junior infielder Chandley Garner and senior catcher Abigail Umphlett drove in a run apiece. A trio of Colonial batters recorded a hit each. The teams combined to leave 15 runners on base.

Narron got the Pirates off to an auspicious start in the bottom of the first, reaching second base via an error in the outfield. She moved to third on a flyout before scoring on a Garner RBI groundout.

In the bottom of the second, junior infielder Ashleigh Inae drew a leadoff walk and advanced to second on an error at second base. With Inae and Estes in scoring position following a sacrifice bunt off the bat of sophomore infielder Bailey Ledvina, Umphlett dropped a run-scoring single into centerfield to increase the ECU advantage to 2-0.

East Carolina would load the bases a couple of times the rest of the way, but could not add to the lead. George Washington attempted to rally in the top of the seventh as Faith Weber sent a leadoff single into left center. However, Estes induced a ground ball double play of the 6-4-3 variety before getting Hannah Eslick to ground out to end the game.

ECU remains at home next weekend, welcoming Massachusetts, Pittsburgh and Towson to Greenville for the Pirate Invitational.