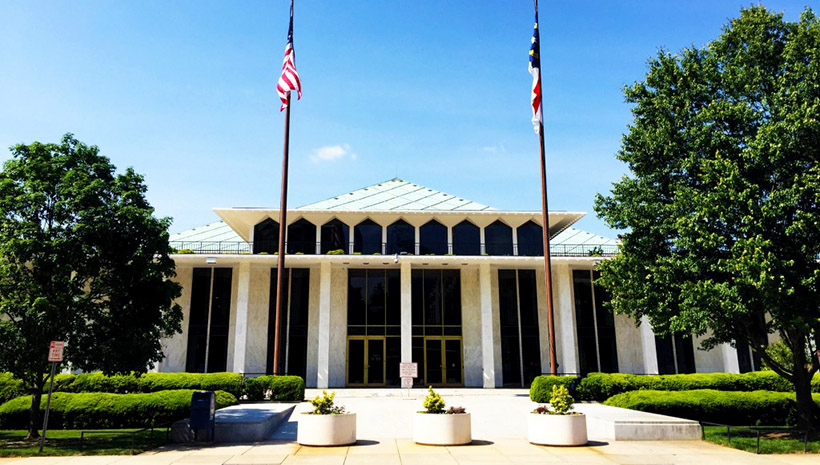 The General Assembly will look a bit different after the 2020 session. Twenty-four lawmakers - Republicans and Democrats - have opted not to run for re-election.

See the state House members who are retiring HERE.

See the state Senate members who are retiring HERE.

Lawmakers, too, have over time developed good working relationships, which can lead to coordination and compromise.

The old guard has experience getting things done in the legislature, something newcomers will take time to learn. First, they must navigate the indistinguishable hallways of the 1960s era legislative building. Next, they must craft political relationships and build alliances.

Only then can their real work begin.

"We are going to have newcomers who don't know where to find the copy machine, much less know how to legislate," said Chris Cooper, a political science professor at Western Carolina University.

Power could become more centralized with leadership as newcomers turn to senior members for direction, said Andy Taylor, a political science professor at N.C. State University. Established members have a greater claim to committee chairs or leadership positions than do newcomers.

"But perhaps the one circumstance that might change is if the majorities for either parties are very narrow," Taylor said.

If this plays out, Taylor said, it opens the door for members - particularly those in the majority party - to push for decentralizing power and giving more autonomy to committee chairs from the leadership.

People who favor term limits and want new blood in the General Assembly will see the large turnover as a positive, Cooper said.

"We are going to lose some expertise and that will be a problem, but we will get some fresh ideas too," he said.

And those fresh ideas could bring fresh collaboration between members, Bitzer said.

But there's a flip side. The growth of partisanship and polarization in today's environment may limit a willingness of new members to reach across the aisle.

"Each side may enforce party loyalty on their new members," Bitzer said.

In any case, the influx of freshmen lawmakers will be a boon for lobbyists, Cooper said.

"They are the ones who do know where the copier is and they do know how to get bills passed," Cooper said. "New legislators have to lean on somebody for expertise."

The number of lawmakers choosing not to run again is substantial, but there are several motivations for their respective exits.

Redistricting likely played a role in some lawmaker's decision, Cooper and Taylor agreed. After a series of court proceedings necessitated new maps, the General Assembly redrew districts. Some Republican lawmakers ended up in more competitive fields.

While some lawmakers left because of redistricting, others have opted to leave the General Assembly in pursuit of higher office.

With Lt. Gov. Dan Forest running for governor, the seat will be open in 2020. Several lawmakers, Democratic and Republican, are vying for the position. Even though the job has little power, it's typically viewed as a stepping stone on the path to the governor's mansion.

A few Council of State seats are up for grabs come 2020, prompting at least one lawmaker to enter the ring for a position. Rep. Josh Dobson, R-McDowell, is running for secretary of labor rather than seek another term in the House.

But for some lawmakers, the idea of staying in the legislature isn't as attractive as it used to be, Cooper said.

The General Assembly is a part-time gig for its office holders. Lawmakers are paid a yearly salary of $13,951, plus per diem. For some, working part time in Raleigh while maintaining jobs in their districts is a balancing act.

"Pay hasn't gone up, and neither party is getting much done," Cooper said.

"Sometimes people think they can make it work in theory, but when they get to the General Assembly they realize how difficult it is, particularly to deal with their professional lives outside of politics," Taylor said. "It puts a strain on them."

One such lawmaker is Rep. Chuck McGrady, R-Henderson, who served five terms in the House and championed less burdensome regulations for craft brewers and distillers, among other agendas.

"Lots of things contributed to my decision to not run for re-election," McGrady said. "Chief among them are a sense that I've accomplished many of my goals, and I feel jaded because of politics and less patient than I was when I was first elected."

Other lawmakers CJ spoke with cited myriad reasons for retiring. For some, redistricting was a factor, pushing them out of their districts. For others, the allure of higher office was a call worth pursuing.

But for those tired of the politics, the job isn't what it used to be.

"That in itself might be a bad thing," Taylor said. "It means you are perhaps reducing the pool of smart, capable people who would be interested in serving in the state legislature."