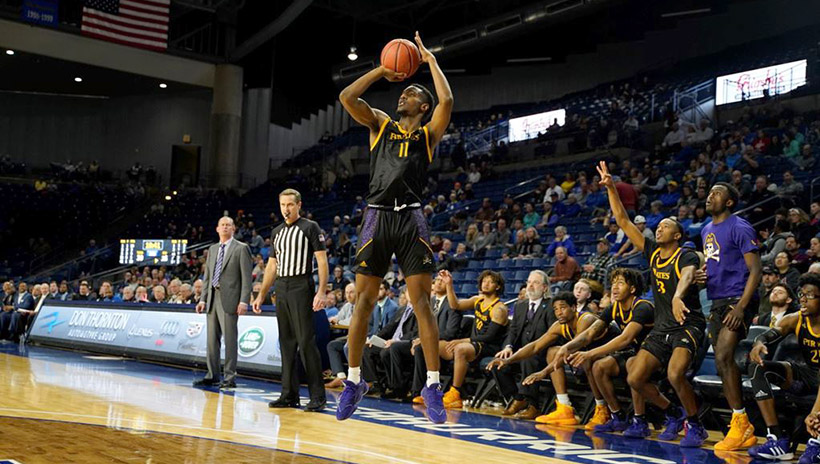 TULSA, Okla.     East Carolina fell behind by 16 points in the first nine minutes and never recovered on its way to suffering a 70-56 loss to Tulsa on Wednesday night.

Horne and Korita made back-to-back 3s to start the game, while the Pirates missed their first five shots.

East Carolina (10-15, 4-8 The American) mounted a rally and cut its deficit in half, trailing by eight with just over five minutes to play. However, Tulsa finished the game on an 11-5 run, making 7 of 8 free throws in the final two minutes to preserve its victory.

Junior JJ Miles matched his career-high with 21 points, while freshman Brandon Suggs added 13 and sophomore Jayden Gardner posted his 12th double-double of the season with 12 points and 12 rebounds.

The Pirates return to action on Sunday, Feb. 16, at home against Cincinnati. Tip-off is scheduled for 12:05 p.m. and will be televised on CBS Sports Network.