As a County Commissioner I will do everything I can to keep taxes low, and the government out of your business. tandy dunn, county commissioner, taxes, government, january 31, 2020
Home
Categories
Login 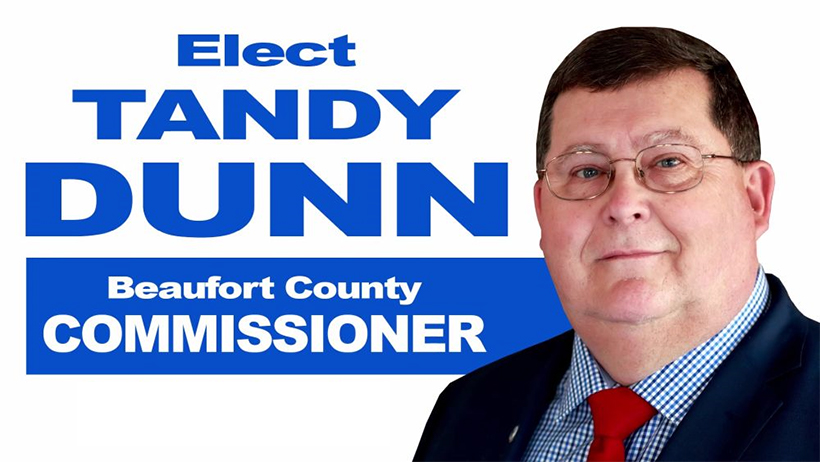 As a County Commissioner I will do everything I can to keep taxes low, and the government out of your business. Don't come asking for a bail out if you first have not helped yourself. We need to get a handle on excessive spending and do everything we can to keep our taxes low while still providing services to the community.

Beaufort County government is facing a serious financial crisis. It threatens the economic health of the county and must be turned around. Unless changes are made then taxes will have to be increase so much that it will devastate our local economy. The crisis is already so bad that they are going into debt to pay for routine maintenance of county facilities that should have been taken care of with a scheduled routine maintenance plan. The county has no long-range capital facilities plan. We are simply throwing money at problems as they come up rather than planning ahead.

The root problem that has created this crisis is "continuation budgeting." That is bureaucratic-speak for guaranteeing spending will increase. That is so because they build a budget based on the assumption that they will spend as much as it takes to continue the same things they have been doing and then they add new spending of top of that. The next year the cycle repeats and the spending goes up, up, and up. Continuation budgeting is based on the flawed assumption that there is never any waste in prior spending, and we all know that simply is not true.

The way I would propose to address the crisis that continuation budgeting has created is to go to a 80% base budget approach. We would tell each budget manager within county government to plan on how they would operate on 80% of what was spent in the prior year. How the 20% reduction in spending would be accomplished would be up to the people who have the best information and know where the waste is. If they found that essential basic services could not be reduced then the Board of Commissioners would review those needs on a case by case basis and could make an exception. New spending would have to be offset by reductions elsewhere in the budget, until we are able to reduce taxes to 50 cents on revalued property. Finally, increases in sales tax revenue should be applied to returning the property tax rate to 50 cents and then to education.

Most small businesses and families in Beaufort County have suffered in recent years and we have had to cut our spending. Government should do the same. But above all else government must never suck so much money out of the local economy that it cuts jobs and economic growth. Government spending must never increase faster than the private economy. Only when private economic growth increases government revenue should government spending increase. And then those increases should go toward producing more economic growth, such as investments in education. I will have more specifics on education in a forthcoming newsletter.

We are all going to have to unite to correct this hole we have dug ourselves into. I will need your help. I ask that you help by providing your email address to me. I will add those names to the mailing list for future newsletters.

We can do better for Beaufort County. Join with me in making it happen. I can be reached at tandydunn@gmail.com or visit me online at www.electtandydunn.com

Publisher: Beaufort County NOW wishes to express our firm desire to allow all candidates - Democrats, Repubublicans, and all those others somewhere in between, the space on this well read online publication the space here to be heard. Submissions may be made to stan@beaufortcountynow.com.