Did You Know? The States Doing the Most to Protect Student Rights | Beaufort County Now

Did You Know? The States Doing the Most to Protect Student Rights

Published: Thursday, February 20th, 2020 @ 12:37 pm
By: James G. Martin Center for Academic Renewal   ( More Entries )
Publisher's note: The James G. Martin Center for Academic Renewal is a nonprofit institute dedicated to improving higher education in North Carolina and the nation. Located in Raleigh, North Carolina, it has been an independent 501(c)(3) organization since 2003. It was known as the John W. Pope Center for Higher Education Policy until early January 2017. 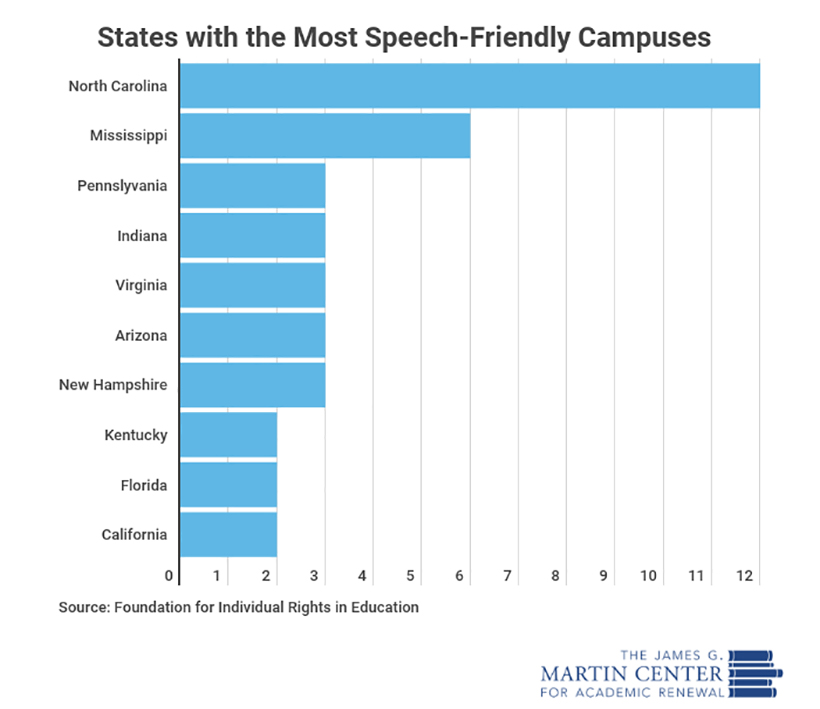 The Foundation for Individual Rights in Education was founded in 1999 by University of Pennsylvania professor Alan Charles Kors and Boston civil liberties attorney Harvey Silverglate. One of the country's strongest advocates for Constitutional rights on college campuses, FIRE focuses on freedom of speech and expression; religious liberty and freedom of association; freedom of conscience; and due process and legal equality. If a college protects student rights across those four areas, FIRE awards them a "green light" rating.

FIRE's goal is simple to explain, but difficult to achieve:


The Martin Center looked at FIRE's Spotlight Database to see which states have done the most in safeguarding the Constitutional rights of students on campus:


Unfortunately, aside from North Carolina and Mississippi, few states have made a concerted effort to strengthen Constitutional rights on public college campuses.

The number of green light campuses are low, but have improved dramatically since 2010-thanks in no small part to FIRE's efforts. Its 2010 study showed that 23 of the green-light schools today were then red. Every Mississippi school, for example, was a red-light campus a decade ago. Much work remains to be done, but FIRE has created a base for future success.