Pirates Welcome No. 21 Houston to Minges 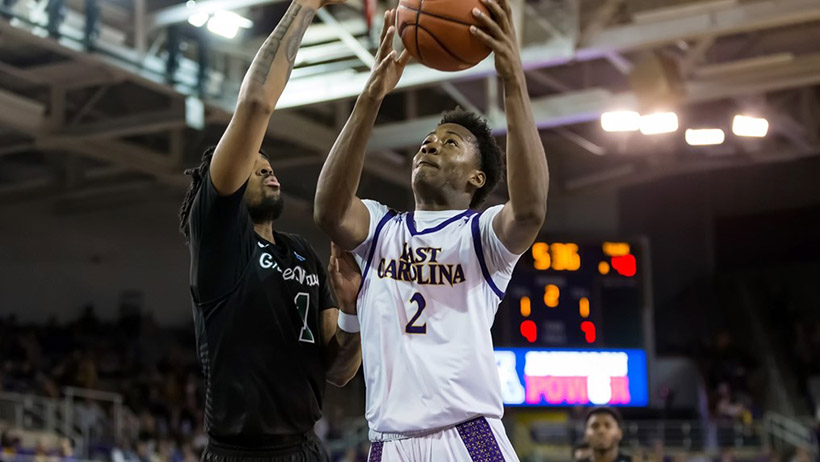 East Carolina (9-11, 3-4) comes into Wednesday's game following a win last Saturday at home against Tulane, a victory that snapped a three-game losing streak. The Pirates are a different team at home with an 8-3 record and have won seven of their last eight. Away from Greenville, they are 0-6 in true road games and 1-2 at neutral sites.

Jayden Gardner recorded his ninth double-double of the season with 27 points and 13 rebounds against the Green Wave, increasing his scoring average in conference play to 21 points per game. Junior college transfer J.J. Miles came off the bench to score a career-high 21 points, burying seven 3-pointers.

East Carolina used its 12th different starting lineup of the season in the win over Tulane with freshman guard Tristen Newton making his first start since Nov. 24. Newton scored 13 points.

Houston has won 10 of its last 11 games heading into Wednesday night's contest.

The Cougars (16-4, 6-1 American Athletic Conference) were just 6-3 on Dec. 15 but have found their stride after losing four starters from last year's team that advanced to the Sweet 16. The recent upswing has Kelvin Sampson's team ranked No. 21, up four spots from last week, after sweeping Connecticut and South Florida at home.

Sophomore Fabian White is one of only two players who has started every game for Houston this season. He is averaging 10.7 points per game and 5.6 rebounds. He has tried only two 3-pointers all season and is shooting 48.0 percent from the field.

Fellow sophomore Nate Hinton is the other Houston player to start every game. The guard leads the team with 9.4 rebounds and he is averaging 10.7 points.

The Cougars rank third in the NCAA with 14.6 offensive rebounds per game and leads it with a rebounding margin of 10.4.