As a kid, East Carolina student Lamar Gilchrist got to be in front of a camera. Now, he wants to be the one behind it. east carolina university, ECU, lamar gilchrist, pirate profile, january 27, 2020
Home
Categories
Login 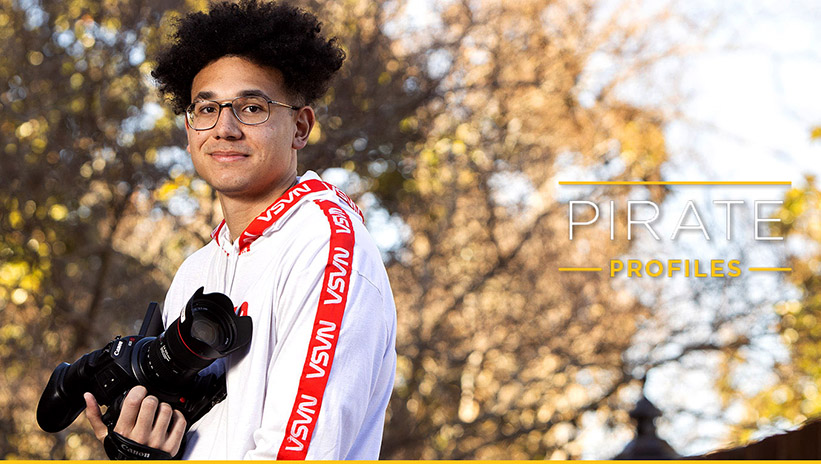 As a kid, East Carolina student Lamar Gilchrist got to be in front of a camera. Now, he wants to be the one behind it.

"When I was growing up, my uncles had a camera and they would sort of make their own movies, and I was always the main actor in it even though it was really them just messing around with me on camera," Gilchrist said. "I realized how fun and interesting it was to film different things and the process of setting the equipment up and editing film."

Gilchrist is majoring in art with a concentration in film and video production and plans to graduate in May. He moved to Edenton when he was in high school, after living in Colorado with some of his family. 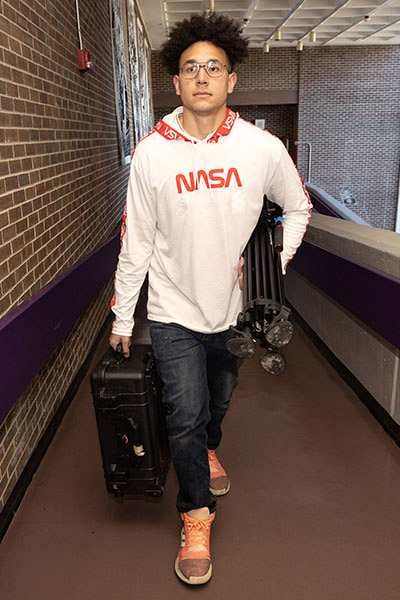 Gilchrist is the host of the ECU Division of Research, Economic Development and Engagement podcast “Relentlessly Rural.”
"I started editing sports highlights in high school and they became pretty popular, and I really enjoyed the process of editing as well," Gilchrist said. "Since I loved to edit and work with a camera, I decided to go into film."

At ECU, Gilchrist is a member of the ECU cinema guild and hosts the ECU Division of Research, Economic Development and Engagement podcast, which is called "Relentlessly Rural." He also creates content for the North Carolina New Teacher Support Program.

Gilchrist said the podcast features ECU faculty, staff and students supporting local communities with things such as helping food banks, getting more women in the STEM field and helping veterans transition from active duty to school.

"It's basically about how ECU affects the local community and how we're trying to build up eastern North Carolina," Gilchrist said.

In addition to working with film, Gilchrist also enjoys writing and telling stories. He is in the process of shooting his senior thesis, which he said would be emotional and personal.

"I like to write stories that don't always have a happy ending but will leave you feeling something," Gilchrist said.

After he graduates, Gilchrist said his dream is to work in the film industry in New York and that he has already started applying for jobs there.

"I went to New York for Christmas break and I loved it, but if I can't get a job there, then I'm going to move back to Colorado and do film there since my family is there," Gilchrist said.

What advice do you have for other students?: Just enjoy yourself and don't take life too seriously. It's hard enough so just try and have fun.

What is something cool about ECU that you wish you knew during your first year?: Most people are actually pretty friendly and accommodating, so just talk to people.

This Pirate tells stories with films.