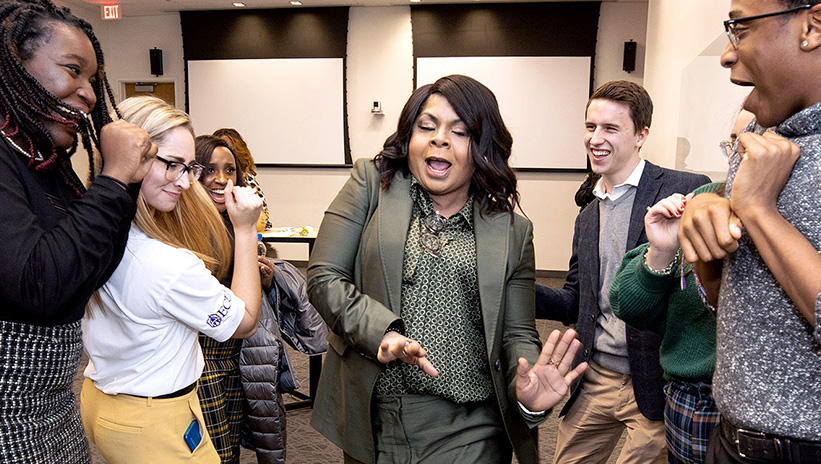 White House correspondent and political analyst April Ryan presented the keynote address for East Carolina University's celebration of Dr. Martin Luther King Jr. Wednesday night at the Main Campus Student Center, urging members of the audience to step out of their comfort zones in the pursuit of equality.

"He commanded attention on an issue that is still with us today - the matter of equality, the matter of race," Ryan said of King.

He commanded that attention, she said, by making the comfortable uncomfortable.

"Dr. King lived, marched, talked and spoke about the dis-ease in this nation and his personal dis-ease," Ryan said. 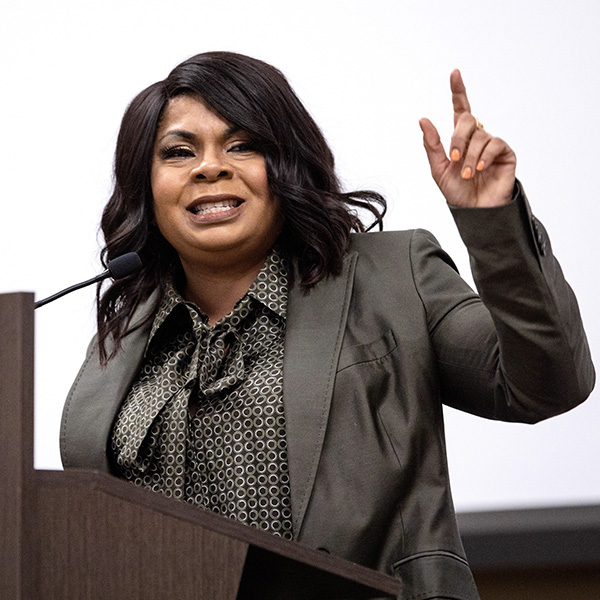 Ryan discusses civil rights issues as the keynote speaker for ECU’s celebration of Dr. Martin Luther King Jr. | Photo: Rhett Butler
"If it weren't for Dr. Martin Luther King Jr. and his dream - but most importantly his dis-ease with the way things were going - many of us in this diverse room would not be here together tonight," she said. "And I would not be in that wonderful historic place called the White House, where I've been for 23 years."

Ryan, who has covered urban issues from the White House since the Clinton administration, delivers a minority perspective on the news through the American Urban Radio Networks and her "Fabric of America" blog, as well as on CNN as a political analyst. She has been featured in Vogue, Cosmopolitan and Elle magazines and is the author of three books: "The Presidency in Black and White," "At Mama's Knee" and "Under Fire: Reporting from the Front Lines of the Trump White House."

But she connected with her audience at ECU by starting her remarks with an experience shared by many - that of working in the tobacco fields of North Carolina. Though she calls Baltimore home, she has family in southeastern North Carolina and spent time putting up tobacco in pack houses, she said.

"Sometimes it's uncomfortable to remember the pieces of [Dr. King's] speech that challenged us to be better than what we were. ... There are so many advances for equality, but the struggle still continues," she said, pointing to the challenges faced by black Americans reflected in gaps in the unemployment rate, poverty and home ownership. 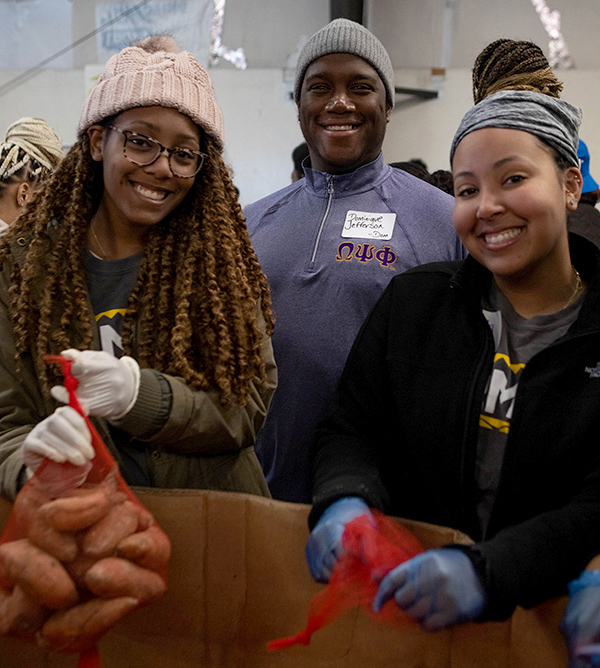 ECU students participated in the MLK Day of Service by volunteering at sites throughout Pitt County, including the Food Bank of Central and Eastern North Carolina. | Photo: Imani McCray
She urged the audience to look inside and to play a part in continuing the legacy of King and so many others who fought for civil rights. If we ask what Dr. King would do, she said, it would boil down to three things: organize, strategize and leverage.

"Organizing is getting like-minded people together on an issue," Ryan said. "Strategize means what are the big issues that you believe you can accomplish - not 1,000 issues on the table, but dealing with each issue at a time to make something happen. And then leverage, meaning you've got this group of people here, and we need you to do this because if you don't, we're going to hold you accountable."

As a country, we are still working to form a more perfect union, she said, and it requires the participation of everyone.

Ryan closed her remarks with a call to action and leadership: "I'm calling all dreamers to dream the biggest dream and let your dis-ease lead towards hope. Aspire to inspire," she said.

ECU also hosted a panel discussion on civil rights and a gospel concert as part of its MLK celebration.