SMU Pulls Away From ECU in Second Half | Beaufort County Now

SMU Pulls Away From ECU in Second Half 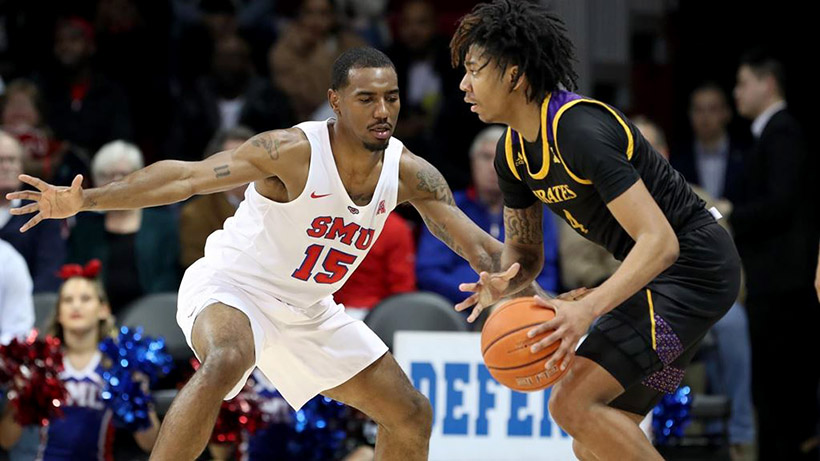 DALLAS     Tyson Jolly scored 17 points and the first of his five 3-pointers kicked off a 10-0 run for the Mustangs as SMU pulled away from East Carolina 84-64 Wednesday night at Moody Coliseum.

Brandon Suggs made the game's opening basket - a 3 from the wing - before Jolly and Mike answered with back-to-back 3s as the Mustangs ran off 10 unanswered points.The Pirates managed to keep their deficit around 10 points the majority of the second half until SMU put together a 12-4 run to go up by 17 with 21 seconds left in the first half.

ECU sophomore Tremont Robinson-White hit a 3 just before the halftime buzzer to cut the Pirates' deficit to 14, 40-26, at intermission.

East Carolina opened up the second half on a 9-1 run to pull within six, 41-35, only to see the Mustangs construct another 10-0 run to lead by 16 with less than 14 minutes to play. SMU's advantage never dipped below 12 the remainder of the game.

The Mustangs posted a season-high 15 3-pointers -- second most in school history. In addition to five from Jolly, C.J. White made three while Mike and Chargois sank two each. SMU finished 15 of 31 outside the arc.

The Mustangs shot 55 percent for the game and the Pirates connected on 43 percent of their attempts with SMU winning the battle of the boards by 11 (37-36).