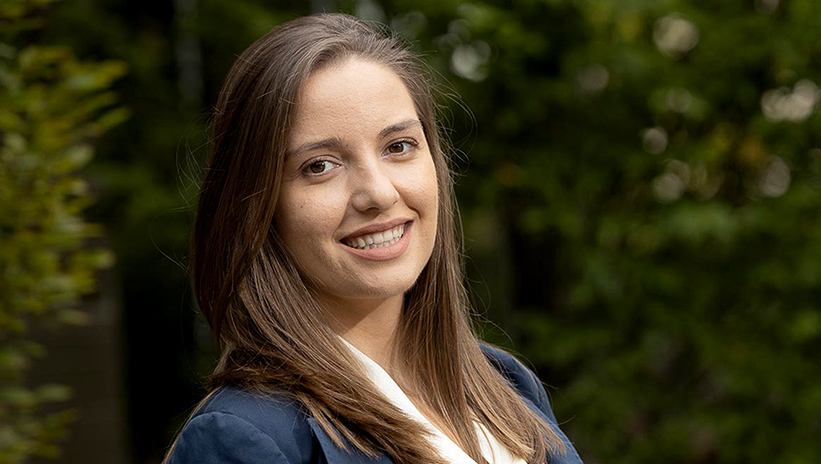 That's why she came to East Carolina University two years ago to take a position as a postdoctoral scholar. A chemical engineer by training with a doctorate in chemical, environmental and process engineering from the Universitat Rovira I Virgili in Spain, she's analyzing the potential and marketability of products such as bioplastics and renewable energy from sources like wood pellets and animal waste. 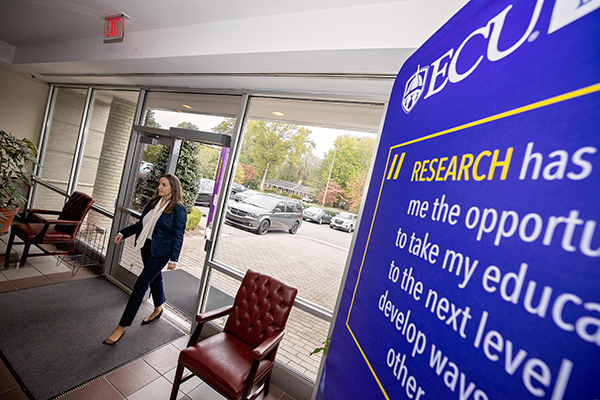 Pascual-Gonzalez is analyzing the potential and marketability of products such as bioplastics and renewable energy from sources like wood pellets and animal waste.
"What brought me here was the job description," she said. "I found this amazing project that I love, so I decided to change my life and come here. The project was just like perfect. It's difficult to find projects like that when you're doing research, because we're all doing different things."

Since arriving, Pascual-Gonzalez has been part of a joint project of ECU and N.C. State University, supported by the U.S. Department of Agriculture, to explore value-added agricultural products. The project report is at https://bit.ly/2N9z154.

"Jani is an incredible researcher," said Jay Golden, Pascual's mentor and former vice chancellor for research, economic development and engagement at ECU. "The results of her work on the emergent industrial bioeconomy have been recognized by multinational corporations, government leaders and fellow academics globally. In addition to her research, she has also been instrumental in mentoring both undergraduate and graduate students at ECU with tremendous passion and attention. The students really appreciate her focus on their success and approach to applied learning."

Having worked for an engineering, safety consulting and water treatment firm before coming to America, Pascual-Gonzalez says the job of a postdoc has its own demands. "It's definitely a full-time job," she said. "You spend all your day doing research. You can do research in industry, but it was driven by objectives. Here at the university you have more freedom to be more creative."

Her husband, Antoni Aguilar-Mogas, is also a postdoctoral scholar at ECU, specializing in big-data mining to analyze the economic structure of eastern N.C. counties as well as the economic impact of catastrophic events such as hurricanes.

Pascual-Gonzalez will be at ECU at least two more years, and since arriving she's found some things to love about eastern North Carolina, such as the region's unique barbecue as well as its residents.

"I love the people here," she said. "You feel so welcome here. That's so important if you are from far away."