Trevon Scott had another double-double, but it was another number in the box score - one on the other side of the ledger - that meant the most to him. east carolina university, ECU, men's basketball, cincinnati, final score, january 20, 2020
Home
Categories
Login 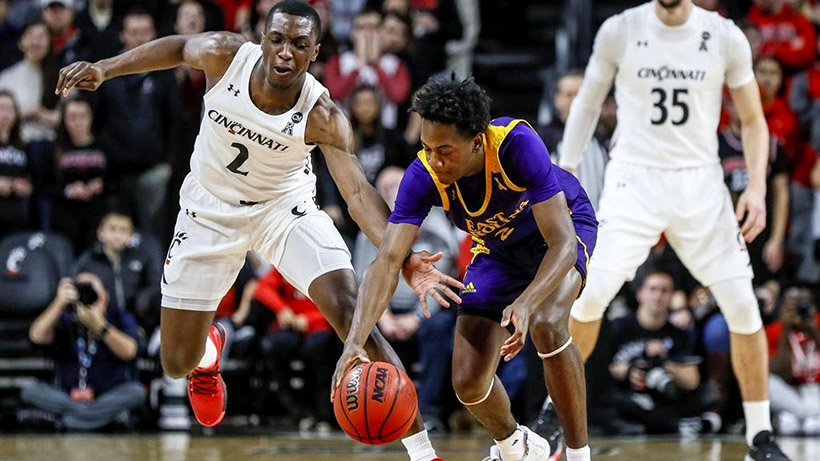 CINCINNATI (AP)     Trevon Scott had another double-double, but it was another number in the box score - one on the other side of the ledger - that meant the most to him.

Scott played a hand in holding down East Carolina's Jayden Gardner, the key to Cincinnati coasting to an 82-57 victory Sunday.

Gardner came in with a streak of scoring at least 20 points in eight of the last nine games. He was limited to 13 points - his lowest total in 13 games - as the Bearcats' front line dominated.

East Carolina (8-10, 2-3) has lost two straight, coming off a stretch of six wins in seven games. Brandon Suggs scored 16 points for the Pirates, who struggled on offense for the second game in a row.

East Carolina was coming off its worst offensive showing of the season, a 65-49 loss to Tulsa. The Pirates had a season low in points and shot a season-low 29.2% from the field.

The shooting troubles continued Sunday. East Carolina shot only 26.7% from the field while falling behind 43-23. Cincinnati led by double digits the rest of the way as the Pirates shot 32.8% overall.

Gardner has been the Pirates' catalyst. He managed only six points and one rebound while Cincinnati built its 20-point lead.

Gardner came into the game leading Division I in free throws attempted and made. He got to the line only three times and made all of his free throws.

"We had different coverages on different parts of the floor that allowed us not to foul," Cincinnati coach John Brannen said. "He was the focal point of the game plan."

"Listen, he's been the focal point of everybody's game plan, getting 20 a night. I'm real excited about how everybody took to the game plan."