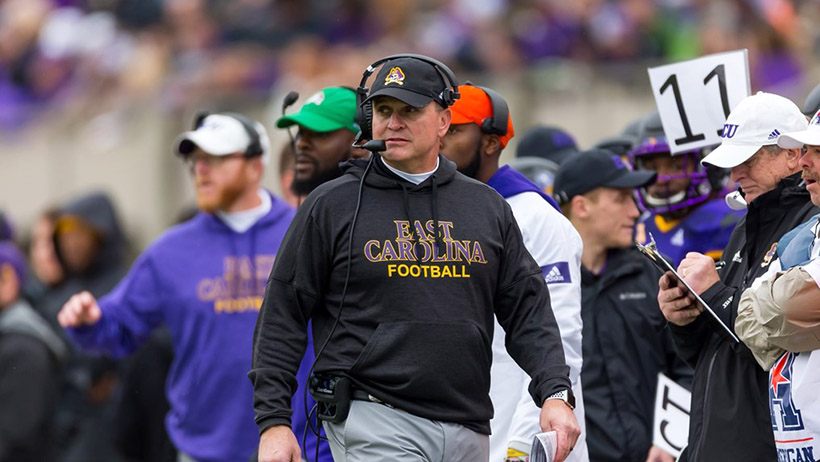 "Bob Trott is a good football coach and a great person," Houston said. "I have known him for 15 years and worked with him the last four seasons. I would like to thank him for his leadership and commitment, and I wish he and his family the best.

"This was a difficult decision, but one I feel is in the best interest of our football program moving forward."

Trott was named to the ECU staff on Dec. 7, 2018 after spending three seasons in a similar role at James Madison under Houston. The lone campaign with the Pirates marked his 33rd overall year as a collegiate assistant coach, 24th at the FBS level and 21st as defensive coordinator.

In addition, Trott served nine seasons as a defensive assistant in the National Football League with the New York Giants, New England Patriots and Cleveland Browns.

East Carolina turned in a 4-8 mark in 2019 during Houston's initial year leading the Pirates.