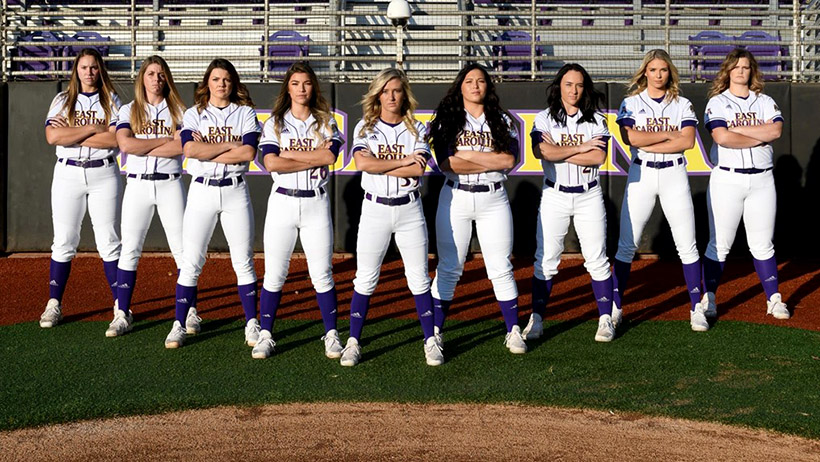 GREENVILLE, N.C.     The East Carolina softball program officially took the first steps toward opening the 2020 season with its first team meeting and practice session Tuesday under damp but mild conditions in Greenville.

The Pirates compiled a 23-31 overall mark and 4-17 record in American Athletic Conference play last year and enter the campaign on a two-game winning streak after knocking off Houston on the road in the 2019 season finale and eliminating No. 2 seed and three-time defending champion Tulsa in the quarterfinals of the American Athletic Conference Softball Championship. The remainder of the tournament was rained out.

A large number of players return to the roster this season, including four of ECU's top hitters from 2019 and the entire pitching staff. In all, the Pirates welcome back 13 position players and two pitchers while adding eight newcomers.

East Carolina begins the 2020 season with a pair of games at the Kickin' Chicken Classic at St. John Stadium on the campus of Coastal Carolina University. The Pirates will battle Iowa at 10:30 a.m. before ending the day against Campbell at 3 p.m.