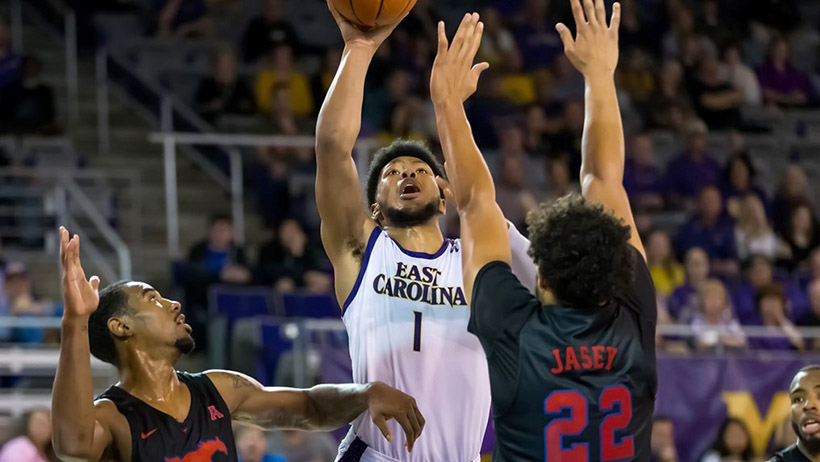 Gardner led the Pirates to a 2-0 week with wins over South Florida and SMU, averaging 21.5 points and 9.5 rebounds per game. He posted his eighth double-double of the season with 23 points and 10 rebounds against USF on Tuesday and then scored 20 points for the eighth consecutive game, dropping 20 against the Mustangs on Saturday.

Tuesday versus the Bulls, Gardner made two keys plays in the final three minutes to help ECU earn its first conference win of 2020. The Pirates trailed by two with 2:41 to play and Gardner sank two foul shots to tie the game at 59-all. Then with six seconds to play and ECU leading by three, Gardner blocked David Collins' 3-point game-tying attempt out of bounds to help preserve the victory.

Four days later, Gardner helped the Pirates overcome a 13-point second half deficit and defeat SMU, 71-68. Gardner scored 14 second half points which included the game-tying pu back following a missed free throw and then gave ECU a 68-66 lead by sinking two free throws with 30 seconds remaining. He was a perfect 4-of-4 at the free throw line with all of his attempts coming in the final three minutes. Gardner also finished with two assists, one block and one steal.

Gardner leads The American with 21.3 points per game and ranks third in rebounding with 9.3 rebounds per game.