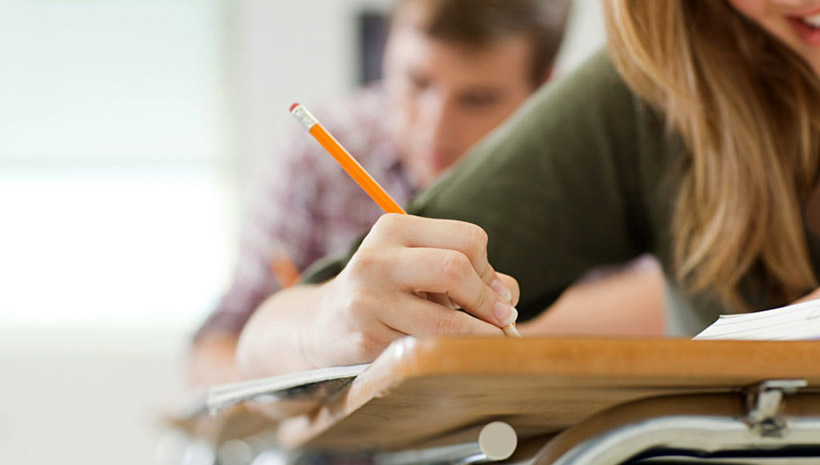 North Carolina's Republican legislators say they were left out of focus groups for a major education report that could seriously affect future policymaking.

On Dec. 10, a 300-page report from research nonprofit WestEd was disclosed to the public. The dense document is a key piece in the decades-old Leandro case. But top Republican lawmakers - who are poised to deal with WestEd's myriad policy recommendations - were never consulted by the organization during its research, House and Senate leaders told Carolina Journal.

In 1994, five rural school districts sued the state over education funding. Wealthy districts collected enough taxes to provide strong public schools, but rural districts suffered, plaintiffs argued. In 1997, the N.C. Supreme Court agreed, saying every North Carolina child has a right to "a sound, basic education." In 2004, the court said the state had failed to live up to that decision.

The parties in the lawsuit hired WestEd to make recommendations to Superior Court Judge David Lee, who's presiding over Leandro. Now that the report is out, a court decision looms. In the meantime, many have fixated on WestEd's recommendation the state spend an extra $8 billion over the next eight years.

But no Senate or House Republicans were contacted by researchers during the compilation of the study, said Lauren Horsch, a spokeswoman for Senate Leader Phil Berger, R-Rockingham, and Joseph Kyzer, a spokesman for House Speaker Tim Moore, R-Cleveland.

"I can't tell you why WestEd didn't reach out to members of the legislature," Horsch said. "If WestEd had reached out, it would have learned about policies that are already in place to help improve outcomes."

For example, the report calls for more incentives to draw principals to high-need schools. But that policy already exists, Horsch and Kyzer say, in the form of a $30,000 salary bonus for high-performing principals to work in under-performing schools.

"Education policymakers in the North Carolina House could have provided a well-rounded perspective for WestEd's report to benefit its findings, but they were never contacted," Kyzer said.

If consulted, House lawmakers would've offered WestEd 2019 data on teacher pay, which supplants the 2018 rankings used in WestEd's research. Teacher pay jumped from 37th place nationally in 2018 - the ranking noted in the report - to 29th place in 2019, Kyzer said.

The report also leans on inflation and population growth to support its recommendations for higher spending. But comparisons of cost of living in North Carolina to other states would provide a "much more accurate reflection of our education systems," Kyzer said.

"Just as the report notes differences in North Carolina counties' cost of living, lawmakers would have also suggested it similarly consider states' cost of living to present a precise comparison of education spending and salaries across the United States."

Lawmakers should've been consulted because they are responsible for setting budgets - not only for education, but for the entire state, said Terry Stoops, vice president for research and director of education studies at the John Locke Foundation.

That means legislators must balance the needs and demands of every sector, he said. WestEd didn't account for those challenges when it said North Carolina should drop an extra $8 billion on education.

And while the WestEd report contains some good recommendations, it holds other notable weaknesses, Stoops said.

One such issue is WestEd's presentation of data from the National Assessment of Educational Progress. Often called the "nation's report card," NAEP measures reading and math skills from a representative sample of fourth- and eighth-grade students in each state. Assessments are given every two years by the U.S. Department of Education. The Washington D.C.-based Urban Institute, a nonpartisan research organization, adjusts NAEP scores to account for demographic differences when comparing states. For example, the organization factors for differences in race, special education, and English language proficiency, comparing similar groups across states.

WestEd used North Carolina's NAEP scores to cite a decline in educational achievement since 2013. But the organization didn't use adjusted scores to account for those differences, Stoops said.

"If we're looking at how North Carolina is doing compared to other states, with the consideration of demographic differences, we should be heartened by where we're at as a state," Stoops said.

Researchers chose to focus on a short timeframe for data trends and comparisons, particularly for a case that has been in the courts since 1994. Simply including data from the past few years offers an incomplete picture, Stoops said. Conscientious researchers would measure spending over a longer period, he said, rather than just starting at the year when Republicans won the legislative majority in 2010 and inherited an economic slump. That should be considered a legitimate factor when comparing today's education spending to that of the year when the case began, Stoops said.

"[Researchers'] choices leave the impression that they weren't as attentive to multiple perspectives," he said.

The Senate appreciates WestEd's work, but the report's criticisms fall flat due to lack of input from legislators, Horsch said.

"We're still digesting the report," she said, "but many of the criticisms amount to fundamental policy differences."

Republicans will examine the recommendations more during this year's short session, Horsch said, to "determine the best course of action for the state."

CJ reached out to WestEd via phone and email with questions about why legislators were left out of its research. The organization acknowledged receipt of our request, but offered no answers by press time. CJ also emailed Democratic leaders in the House and Senate to ask if the minority party was consulted in WestEd's research. Members failed to respond by press time.