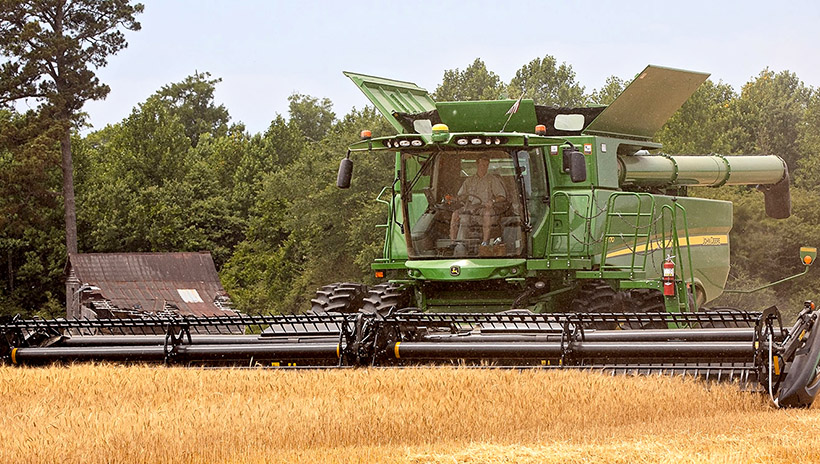 While families are preparing for their holiday meals and festivities, many farm families will have their holiday cheer dictated by the harvest of their crops and Mother Nature. | Photos: Cliff Hollis

While most families are preparing for their holiday meals and festivities, many farm families will have their holiday cheer dictated by the harvest of their crops and Mother Nature.

For many of North Carolina's row crop farmers and Christmas tree growers, their harvest comes at the same time as the holidays.

"There have been numerous Thanksgivings and Christmases that we've had to get up and work and get the crop in or else we're going to lose money," said Archie Griffin, a third-generation farmer in Washington, North Carolina. 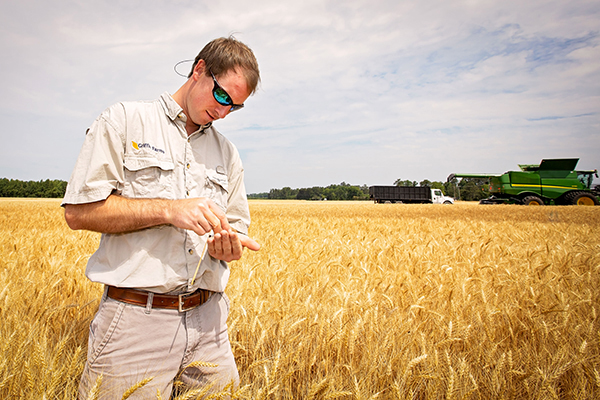 Archie Griffin, a third-generation farmer in Washington, North Carolina.
"That stress of having to get up and go to work on a Thanksgiving Day or a Christmas morning, while you see other families are out there enjoying time with their families, that really is tough," Griffin added. "It's extremely difficult because you feel it emotionally and you feel it mentally. And it's stressful not only on yourself, but also on your family."

The end of the calendar year is also when the state's farmers find out whether many of their crops have or have not produced.

"It's time for them to settle up with their creditors for the operating loans that they took out in the spring, in good faith that they're going to have a good year weather-wise and market-wise," said Dr. Robin Tutor Marcom, ECU faculty member and director of the North Carolina Agromedicine Institute.

"It's an extremely stressful time, because if there's just not enough money to cover the farm there's not going to be enough money to put into buying gifts or doing the big things that you want to do for your family," Tutor Marcom added. "And it's not just the holidays. It's 'Do you have the means to provide for your family? Can you pay the college tuition for the next semester? Or can you pay for health insurance, which has been astronomical for farmers?'"

One of the saddest times of the year in the agricultural community comes directly after the holiday season, Tutor Marcom said, when farmers who were unable to make enough money during the previous year to keep their farms in operation must auction off their farm equipment and land.

"It's a hard day when you have a farm auction," she said, adding that those auctions typically occur January through March. "These farms are their identity, it's their family's legacy. When they come to a point when they realize they can no longer farm, they feel like they are a failure for losing a farm that, in many cases, has been in their family for generations. That's also part of the stress, the shame that they feel if they are unable to maintain their farm."

For U.S. farmers, the stress of the holiday season accents year-round stressors, such as increased competition from foreign trade, the damaging recent international agricultural tariffs, a surge of "nuisance" lawsuits and domestic input costs that have risen dramatically over the last two decades while the price that farmers receive for their products continues to shrink.

"Rent prices have gone up, the price of land has gone up. Equipment, seed, fertilizers and chemicals, the price of everything has gone up. Yet the price that we receive [for our crops] has gone down," Griffin said. "At the end of the year, if we don't provide money, we don't survive. And year after year it's getting tougher and tougher. ... Farmers are losing their land."

According to the National Farmers Union (NFU) the suicide rate for male "farmers, ranchers, and other agricultural managers" was double that of the general population in 2012.

The institute was recently awarded a $191,000 Tobacco Trust Fund Grant that will enable it to:


"The most important thing is we need to sustain our farmers," Tutor Marcom said. "If we lose a farmer who commits suicide and their family is unable to maintain the farm, then that farm is probably going to grow houses and there will be one less farmer to feed people. And we already have less than 2% of the population in the United States feeding the remaining 98%."

For more information about the North Carolina Agromedicine Institute and the resources it has available to farmers, fishermen, foresters, their workers and their families, click HERE.