Did You Know? The Struggle to Repay Student Loans | Beaufort County Now

Did You Know? The Struggle to Repay Student Loans

Published: Saturday, January 4th, 2020 @ 2:46 am
By: James G. Martin Center for Academic Renewal   ( More Entries )
Publisher's note: The James G. Martin Center for Academic Renewal is a nonprofit institute dedicated to improving higher education in North Carolina and the nation. Located in Raleigh, North Carolina, it has been an independent 501(c)(3) organization since 2003. It was known as the John W. Pope Center for Higher Education Policy until early January 2017. 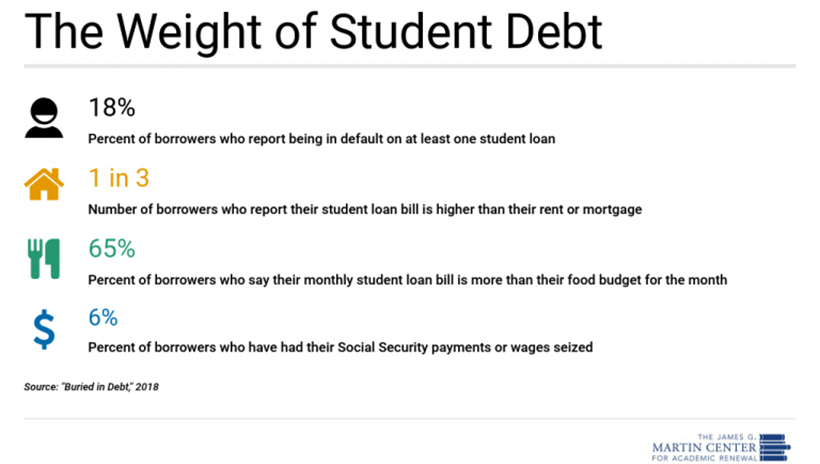 Each year, thousands of young people leave college with significant student debt. Most of those who choose the right majors, graduate on time, and find solid employment pay off their loans with little difficulty.

But students who never graduate, who choose the wrong majors, who take extra time to get a degree, or who can't find lucrative, full-time employment often struggle with debt. A report conducted last year by Student Debt Crisis shows just how much student debt can burden young people. The report surveyed 7,095 adults with student debt from all 50 states in October 2018.

The survey found that many borrowers face financial hardship. In total, 65 percent of student loan borrowers reported having less than $1,000 in their bank account.

The full report is available HERE.