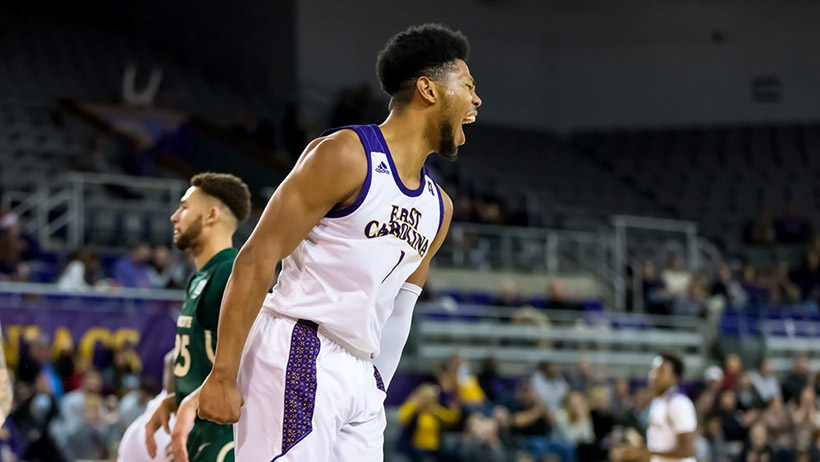 Gardner is the first Pirate to be named The American Player-of-the-Week since ECU joined the conference in 2014-15.

The Pirates trailed Charlotte by 11 in the first half and didn't take their first lead until Gardner scored with approximately five minutes remaining. He then put ECU ahead to stay by making a pair of free throws with 38 seconds left for a one-point Pirate advantage. Twenty seconds later he pushed ECU out to a three-point cushion before Tremont Robinson-White sealed the victory by making another free throw with four ticks showing on the clock for a 60-56 victory.

Gardner finished 9-of-11 at the charity stripe after halftime against the 49ers and scored 17 second half points.

In addition to his 22 points versus UMES, Gardner grabbed a season-high 13 rebounds for his fifth double-double of the season, the most by any player in The American.

Gardner also leads the conference in 20-point game this season with seven.

The Wake Forest, N.C. native leads The American with 20.3 points per game and ranks third in field goals percentage (.579), fifth in rebounding (8.8 rpg) and seventh in minutes played (31.3 mpg). Gardner leads NCAA Division I in free throws made (82) and attempted (108).

Gardner and his ECU teammates return to the hardwood Saturday, Dec. 28, against Eastern Kentucky. Tip-off is scheduled for 4 p.m. inside Williams Arena at Minges Coliseum.