Above and Beyond | Beaufort County Now 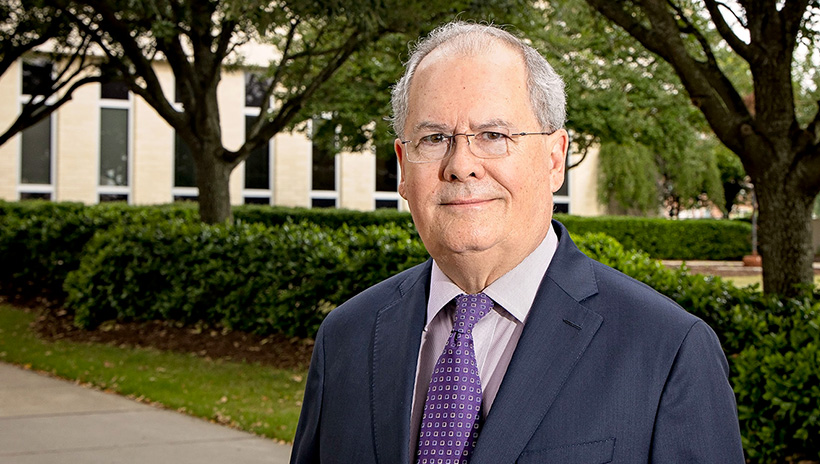 In his 35 years at East Carolina University's Brody School of Medicine, Dr. James Peden has helped patients in clinics, supervised residents, served as an attending on medical services and overseen the admission of 23 classes of medical students.

And starting in his very first year, 1984, Peden took a little money out of every paycheck and gave it back to the university.

He calls it his "tortoise and the hare" approach to philanthropy. "Obviously, I'm the tortoise," he said.

"I knew many of the students here didn’t have the same resources that kids in Raleigh, Durham and Asheville did. Being part of a worthwhile mission and seeing the need for scholarships, I decided to give a little out of every paycheck."
— Dr. James Peden

Every few years he would up the amount as he was able. At the time of his retirement in June, Peden's giving surpassed $100,000 and provided seven scholarships to help students pay for medical school.

The Whitener-Peden Scholarship honors Peden's mother Ann Whitener Peden and father James G. Peden. Every year it goes to a Brody student with academic achievement and financial need, preferably from the Hickory area.

"Dr. Peden is someone who pours his time, energy and his own resources into strengthening this university because he believes in the mission of Brody and the impact it has on the region. We are incredibly fortunate to have had Dr. Peden on our faculty for more than 35 years - and incredibly grateful for his longstanding dedication and generosity," said Dr. Mark Stacy, dean of the Brody School of Medicine.

Peden is a Hickory native who completed his medical education at the University of North Carolina-Chapel Hill, and was the first graduate of the Medicine/Psychiatry Residency Program at West Virginia University-Charleston. He joined ECU's medical faculty because he was drawn to Brody's willingness to work with faculty members on their teaching and clinic goals.

"When I got here I was just so impressed by the mission-focused people. Everyone knows why we're here and there's such an obvious need in the region," he said.

Peden developed ECU's combined Internal Medicine/Psychiatry Residency Program before becoming Dean of Admissions and being charged with selecting 80 students annually from a typical applicant pool of more than 900. He received a Lifetime Achievement Award from the Association of Medicine and Psychiatry in 2015.

"I knew many of the students here didn't have the same resources that kids in Raleigh, Durham and Asheville did. Being part of a worthwhile mission and seeing the need for scholarships, I decided to give a little out of every paycheck. The good thing about payroll deduction is you never miss it, because you never see it," Peden said.

Trevor Hunt, a 2016 recipient of the Whitener-Peden Scholarship, said Peden was one of the reasons he chose to attend the Brody School of Medicine.

During his applicant interview, Hunt was pleasantly surprised by how genuinely Peden seemed to want to get to know the applicants and how smoothly he was able to put their nerves at ease.

"Compared to the admissions deans at the four other schools I interviewed at, Dr. Peden was very personable and more concerned with us applicants rather than just seeing us as another task to cross off before the end of the day," Hunt said. "It really made a good impression on me and I think played a role in why I was ultimately so excited to attend Brody. His commitment to the school, both through the careful selection of its students and his support of us via scholarship money, will not soon be forgotten."

Hunt, who is paying his own way through medical school, is grateful to Peden's scholarship, which has given him the freedom to take a research year and pursue his interest in urology without worrying about how much his loans are growing.

"I'd like to thank him for his generosity, for believing in me, and for giving me the chance to chase my dreams," he said. "None of this would be possible without his immense generosity through this scholarship."