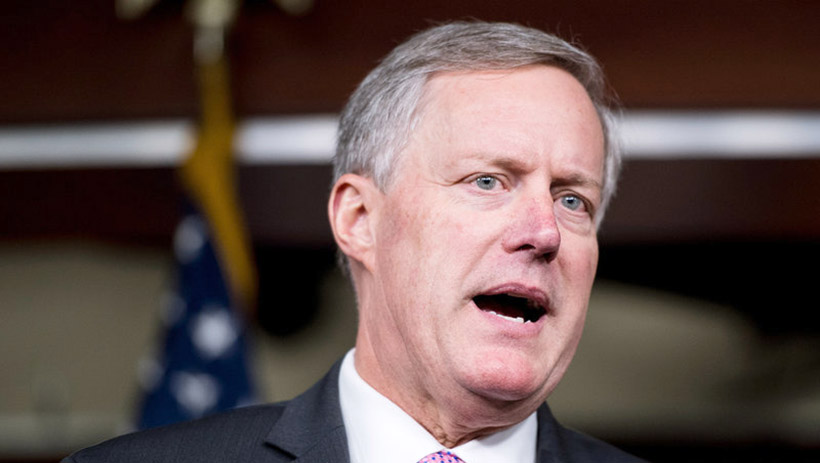 U.S. Rep Mark Meadows, an 11th District Republican, has held his seat since 2011, and he chaired the conservative House Freedom Caucus.

Meadows, whose district is solidly Republican, waited to drop his retirement announcement until Dec. 19, two days after the deadline for candidates to withdraw from races in which they had already filed. That way, the incumbent Meadows prevented more prominent Democratic candidates from scoring a chance at his soon-to-be-vacant seat. Meadows' decision triggered a last-minute scramble, resulting in a total of 19 candidates filing in the 11th District.

"I think it was a perfect strategy," said Chris Cooper, political science professor at Western Carolina University. "The goal was to give Republicans the greatest probability of winning, and they did everything they could to make that happen."

The North Carolina primary is March 3, which is Super Tuesday. Fourteen states, including California and Texas, the two most populous states, will hold primaries that day. More than a third of the U.S. population is eligible to vote March 3, says Ballotpedia.

Meadows' announcement kicked off what is shaping up as a competitive election year. The field of 19 candidates for Meadows' seat includes 12 Republicans and five Democrats. The Green and Libertarian parties are represented, as well.

By the end of the filing period, Friday, Dec. 20, all congressional and state Senate races featured at least one Republican and one Democrat. Only seven N.C. House races lack a candidate from either party - four have no Republicans, and three have no Democrats.

The 2020 elections will feature several high-profile races. National pollsters are already looking to North Carolina to measure how President Donald Trump would fare against other presidential nominees in the primary. North Carolina voters will vote in races for governor and U.S. senator, in addition to 13 congressional and nearly 170 legislative seats.

Cooper said Meadows has long suggested he might take a position in the Trump administration. He hinted at it again in his Dec. 19 statement.

"This President has accomplished incredible results for the country in just three years, and I'm fully committed to staying in the fight with him and his team to build on those successes and deliver on his promises for the years to come," he said. "I've always said Congress is a temporary job, but the fight to return Washington, D.C. to its rightful owner, We The People, has only just begun."

Money is often a deciding factor in elections. For North Carolina in 2020, the precept may prove especially true, suggested Anna Beavon Gravely, executive director of the N.C. Free Enterprise Foundation.

"We have a unique situation in that people in this country have been watching North Carolina since 2012," she said.

In 2018, the nation saw a "Blue Moon" election - an unusual year in which the state saw no U.S. Senate or other higher-profile races.

But funding ramped up again in 2019, due to special elections in the 3rd and 9th congressional districts, Gravely said. The District 9 congressional race became the second most expensive special election race in U.S. history, totaling $12.4 million in outside spending from national parties, political PACs, and independent expenditures. Only $6,000 came from inside.

Harris declined to run. McCready faced off against Bishop and two minor-party candidates. Though McCready essentially had run for the seat nonstop for more than two years, he didn't prevail in the district, which has been represented by Republicans since 1963.

An influx of money for the special election resulted, at least in part, from anticipation for 2020, Gravely said. As in past major election years, high spending levels in 2020 will be key to "breaking through the noise."

Another defining theme for 2020 in North Carolina: redistricting fatigue. It's the third consecutive election under new maps, Gravely noted, and the state is guaranteed a fourth round after receiving new U.S. Census numbers next year. Candidates in new districts will face several strategic adjustments in the coming year, including building relationships with a new electorate, Gravely said. Redistricting can be exhausting and confusing to the voters who continuously find themselves assigned to new districts.

In 2016, a whopping 46% of the state's legislative races didn't feature a single candidate from an opposing party.

In 2018, the situation was reversed. Members of both parties showed up in nearly every race. The strategy shift resulted partly from criticism about how few candidates had run in the past, Cooper said. When candidates from both parties run - even in non-competitive races - it increases voter morale and helps ensure they return to the polls next year.

"People tend to vote because they've voted before. It's a habitual act," Cooper said. "We've got to give people somebody to vote for who's on their side."

Filing in non-competitive races is also important for party building and setting the stage for future elections, Cooper said. Neither party in 2018 wanted to surrender the upper hand.

"When one party tends to do something, the other party doesn't want to give them the advantage," Cooper said.