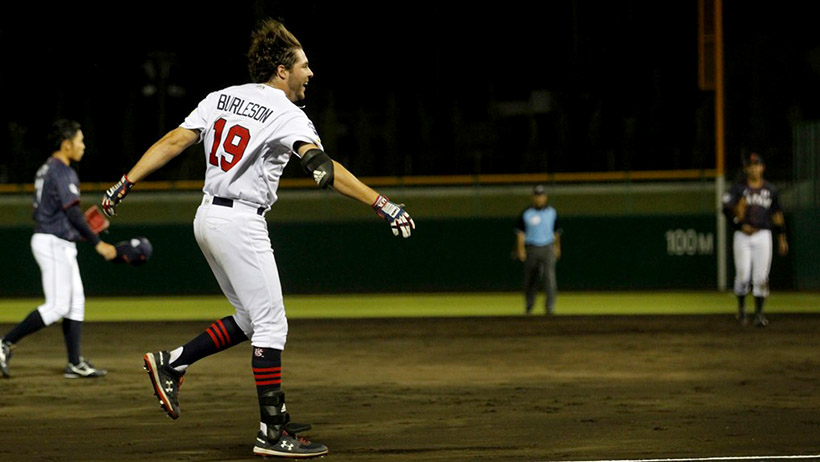 Burleson earned the 2019 award after hitting his first career walk-off home run against Japan. With the game tied at two-all in the bottom of the ninth in Imabari City, Japan, Burleson lifted a 2-0 fastball over the right field fence to give USA a 3-2 walk-off win. His home run was the first one hit of the series and the victory tied the best of five game series at one apiece for the Red, White and Blue.

The Denver, N.C. native helped Team USA to an 8-6 overall record which included series wins over Chinese Taipei and Cuba. He appeared in eight games and made four starts in the field where he batted .267 (4-for-15) with a home run and three RBI. On the mound, he sported a 2.53 ERA in three outings striking out eight in 10.2 innings.

Burleson became the third Pirate to play for the Collegiate National Team following Jake Agnos and Bryant Packard in 2018. ECU skipper Cliff Godwin also represented USA during the summer of 2018 as a member of the coaching staff that posted a 12-3 record, which included series wins over Chinese Taipei, Japan and Cuba.