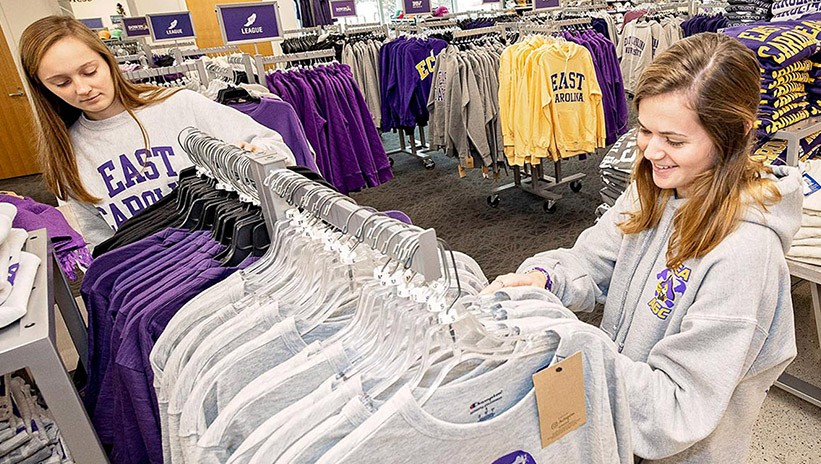 "When human beings see scarcity, they go into survival mode," said Dean Smith, director of student centers for student involvement and leadership and a finance instructor in the East Carolina University College of Business. "That lowers your IQ. You don't think as much or think as well." 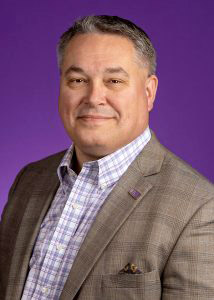 Dean Smith | Photo: Rhett Butler
The good news is climbing out of that money hole can make you smart again.

"Start saving in January. If it's $50 a month, that's $600 by December. That's most people's Christmas," Smith said. He also advocated old-fashioned layaway plans, which some stores, including Walmart, still offer. "Take a one-time expense and spread it out," he said.

This holiday season, consumers plan to spend $1,048 on average for decorations, candy and gifts as well as other purchases for themselves and their families, according to the National Retail Foundation.


ECU business professors and students talk personal finance. | Video: Rich Klindworth
"Worst case scenario, you never put anything on a credit card you're going to be paying on for more than a year," Smith said. "It's about quality of life. No matter how great Christmas was, how are you eating in January?"

Ashley Britton, a clinical psychologist in the Department of Psychiatry and Behavioral Medicine at ECU's Brody School of Medicine, said setting such limits can be hard.

"It's a stressful time of year because with the holidays, even though it's supposed to be about family and fellowship and valuing those things, it's become very commercialized, and it's about who has the latest toys, who can't afford the latest toys and what it says about a person's family and their status," she said. "For students, many of whom are on a fixed income, they can be stressed because they want to be able to be part of the family celebration and to contribute. And if they can't afford it, they may feel a little left out or that they're not contributing."

Despite that, the good news is a few ECU students recently said they have an easy time keeping Christmas costs in check. 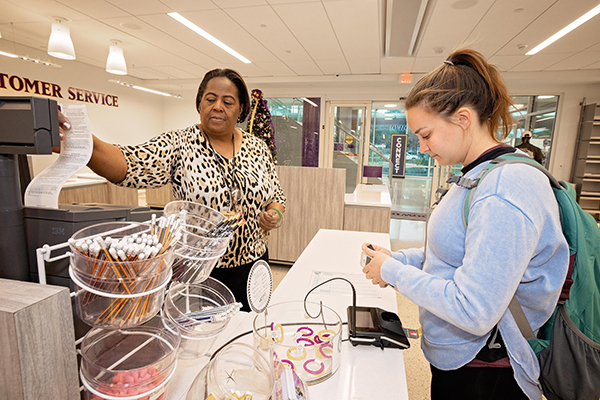 Josephine Swinson, left, rings up Love Ott at the Dowdy Student Store. | Photo: Cliff Hollis
"I have budgets and I stick with them," said sophomore Allison Levesque of Clayton. You might have guessed she's an accounting major.

"School costs take all my funds anyway, so it doesn't leave much to have a good Christmas," said senior information technology major Kyle Stephens. He doesn't use credit cards and often works at his brother's Raleigh pub during the holiday break to make extra cash.

Regardless of how you save or spend, time can be your friend. "The theme of this is planning," Smith said.

And, he added, chances are parents don't need expensive gifts and might prefer something more personal.

"If you made it to the Chancellor's List or the Dean's List, frame it," Smith said. "Meaningful doesn't have to mean expensive."

Rob Spahr contributed to this story.