Dollar stores, or any other stores, for the matter, have no bearing on what I eat. Or on anyone else, really. carolina journal, dollar stores, eating healthy, health, december 13, 2019
Home
Categories
Login 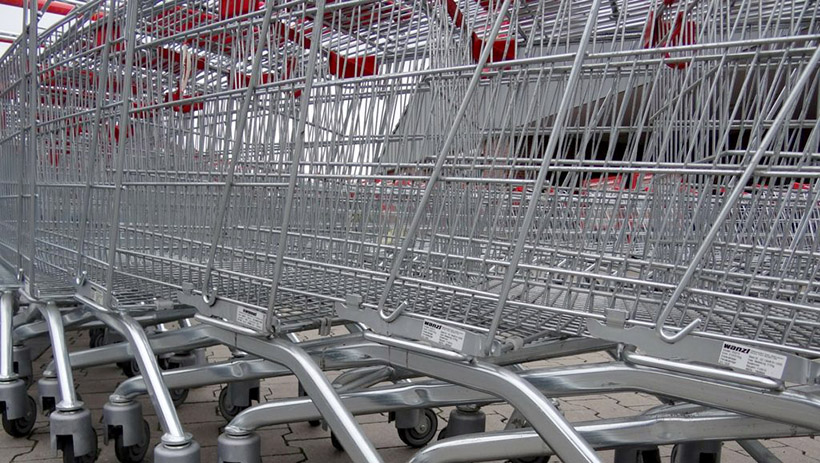 Photo: Dirk Schumacher/Pixabay
My wife and I work hard to stay healthy, a big part of which is eating right, eschewing sugary and pre-packaged foods. Sometimes this is to the chagrin of our two teenage boys who - despite our best efforts - work tirelessly to make our pantry and refrigerator resemble the sad, barren grocery store aisles just hours before a Carolina snowfall.

So, for the sake of time and sanity, we sometimes buy them a little junk. We don't have to eat it. That's our choice, which is the primary thesis of this piece.

Each weekend, without fail, by wife insists on watching "CBS Sunday Morning." It's a fine show, and, all being relative, probably the best of its genre on TV. The stories are topical and usually well-done, straightforward, and mostly benign. One segment this past Sunday, though, meandered into the land of skewed - and, well, left-leaning -storytelling I typically avoid.

A CBS reporter jumped in to Moville, Iowa, where there's an apparent dearth of fresh food. A Dollar General store opened in the town of about 1,600 in 2016, the story said. Next door to a local grocer, whose business declined so much he had to close.

"It's one example in a nationwide controversy about the increasing influence dollar stores can have not only on where we shop, but also on what we eat," says the CBS story.

Right off, the premise is wrong. People who shop at dollar stores, the story intimates, can't possibly eat healthy.

Dollar stores, or any other stores, for the matter, have no bearing on what I eat. Or on anyone else, really. The CBS reporter, to her credit, posed the idea of competition, and that these stores sell products people use and need at a fraction of the price asked by independent grocers - ignoring for the moment chain supermarkets and drugstores, whose prices, too, are relatively high.

"Yeah, but we're not talking competition where we're on an even playing field," the grocer, Chet Davis, replied. "At the volume that they buy, you're under their thumb."

Remember how Walmart was destined to destroy America? Until Amazon, of course. Until, however, stores such as Target and grocers such as Trader Joe's and Lidl became more appealing options for shoppers.

CBS reports the U.S. has more so-called dollar stores -some 30,000 - than Starbucks and McDonald's combined. Good for them, I say. You can't beat their prices on items such as aspirin, toilet paper, and greeting cards.

But some city leaders, including those in places such as Fort Worth and New Orleans, wouldn't agree. They want to restrict this alleged proliferation of the less expensive and more convenient stores, and have passed rules governing where they can build and dictating the types of products they can sell.

Barry Popkin, a professor of nutrition at the University of North Carolina at Chapel Hill, added another bit of baloney to this imagined problem.

"If you could talk to the executives of dollar stores," the reporter asked, according to the CBS story, "what would you say to them?"

"'Shame on you. You're killing America just so you can get richer.'"

"Yeah. They have a model that is a brilliant model to make quick bucks off the backs of our health," he said.

Popkin, who has rightly railed against Americans' poor diets, said shelves at these dollar stores, the story says, include "rows and rows of sugary drinks, candies, and processed foods high in salt and fat."

"It increases their risk of heart disease, mortality, cancer mortality, diabetes, obesity," he said. "This is the worst food that they can be eating."

Reporter: "So, is this exacerbating the health problems of the demographic that's shopping there?"

"Yes, it's adding to the health crisis that lower-income America faces - black, Hispanic, and white America all shop in these stores."

Nonsense. Sure, people eat badly, but forcing stores to provide more healthy choices while restricting business and competition will do nothing to make these people buy a pair of running shoes or stock up on sardines and produce.

So, you've decided to live somewhere where you have to drive 30 minutes for fresh produce. Either stock up, if that produce is so important, or move. By the way, these less expensive stores do indeed stock produce, albeit frozen and canned. That's just fine. Try choosing that bag of broccoli instead of those deep-fried onion rings. Or that can of beans instead of that sodium-rich box of mac and cheese.

But people won't change their eating habits, mostly because they don't care. No matter how many rules, laws, statutes, or ordinances these "caring" leaders try to pass and enforce. Rising health care costs, which go hand in hand with alarming rates of obesity, diabetes, and hypertension, be damned.

After all, those triple-chocolate cookies, washed down with a two-liter jug of cola, taste so darned good.