Returning home for an extended holiday break – after being away since the dog days of August – can bring conflict and stress to the most joyful of family-centered times. east carolina university, ECU, families, returning home, students, holidays, december 12, 2019
Home
Categories
Login

Families Adapt as Students Return for the Holidays 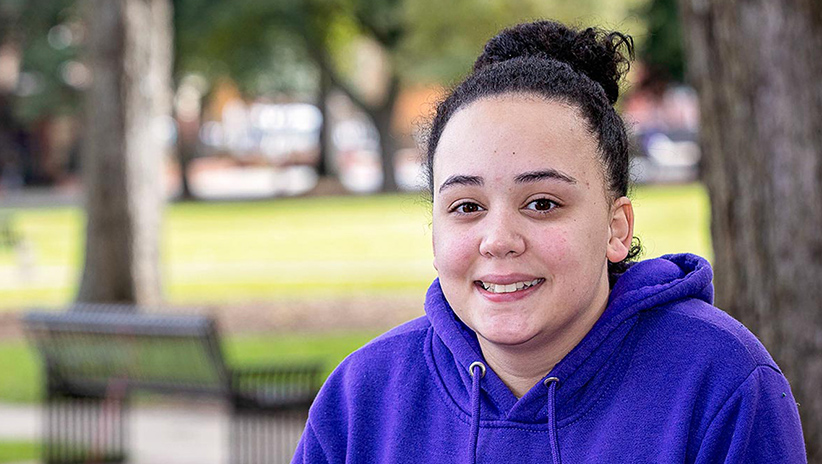 The move to college isn't all about academics. Most students are living on their own for the first time, deciding when to come and go without curfews or parental supervision. 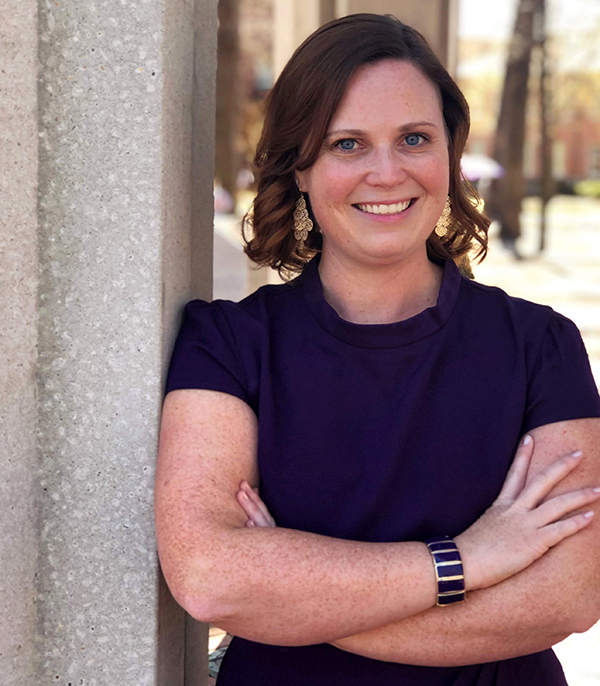 Lauren Thorn, ECU associate dean of students. | Photo: Contributed
Returning home for an extended holiday break - after being away since the dog days of August - can bring conflict and stress to the most joyful of family-centered times.

At East Carolina University, students will have Thanksgiving break Nov. 27-Dec. 1, return for the last two days of regular classes and reading day, and then go straight into exams.

"It's a really crucial point in the semester as far as finishing up classes, turning in remaining projects or papers and - for a lot of students - it's the first time where they've really had to balance what they want to do during their first long break at home, where all their friends will be at home as well, and expectations for family traditions and obligations," said Lauren Thorn, ECU associate dean of students.

Students may feel torn between spending time with friends, completing assignments or seeing aunts, uncles and grandparents, who may have lots of questions about how things are going. It's also an opportunity to sleep in an environment without the distractions of a roommate or residence hall.

"It can be overwhelming and stressful even though it's not what the family intends for the experience to be like," Thorn said. The holidays won't look or feel like those from the past, because families and students are growing and changing. 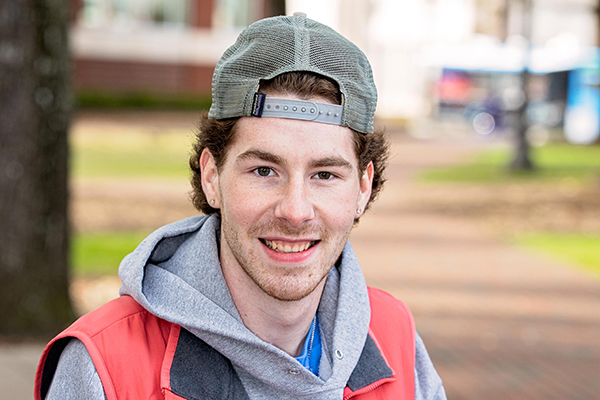 "I was really looking forward to getting to see all of my family and friends that I had not gotten to see in a while. I was excited to be back in my hometown and being somewhere that was familiar with me," Van Brunt said. "While I was home, it felt like I had never left."

His parents, Geri and Bill, spent time with him, but also let him hang out with friends. "If I had any advice for parents going through this for the first time, it would have to be to not control your child," Daniel Van Brunt said. "They have lived on their own for a few months and have gotten used to not having anyone telling them what to do. They might get irritated and frustrated if you are constantly telling them what to do and when to do it."

Thorn encourages parents and students to talk about expectations before Thanksgiving and the long winter break. "What do you want from the holidays? What is important to you? What priorities do you have and want to get done?" she said.

Will the student be working over break? Do parents expect them to do chores or have a curfew? "Allowing the student to have a say in the process but also acknowledging that if they're going to be home for four to five weeks straight, many parents are on the page of 'it's not an ultimate vacation,'" Thorn said. Students should consider how their actions impact others in the house, who still have to go to work or public school in the case of younger siblings. 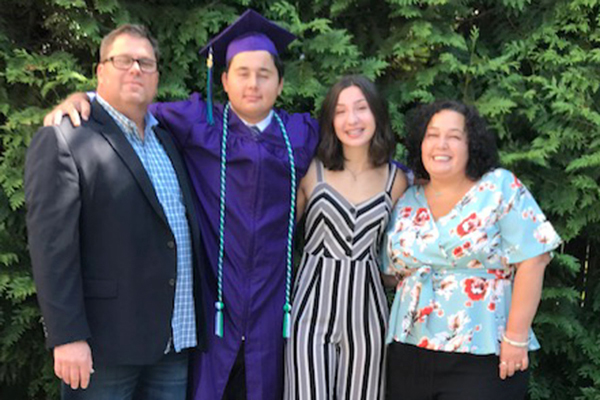 Jacob Sedlacek, second from left, is pictured with his father Bryan Sedlacek, sister Emma Sedlacek and his mother Joanne Sedlacek at his graduation from Cox Mill High School in Concord. | Photo: Contributed
The upcoming holiday won't be Jacob Sedlacek's first time home to Charlotte this fall. He went back during Hurricane Dorian and fall break. But he and his parents, Bryan and Joanne, have already talked about expectations. "It will be as if I was just living at home," said Sedlacek, a freshman computer science major. "The biggest differences are the most obvious ones. Just being in a new place is hard to get used to," said Sedlacek, who's looking forward to seeing his younger sister, catching up with friends and eating home-cooked meals.

Students often find that families have adjusted to their absence, which can create issues like having an extra car in the driveway or a brother or sister sharing a bathroom again - even changes to their bedroom, Thorn said. "Readjusting to having the student back home can be a little rocky," she said. "It's part of that process of going in and out of the family routine."

Some students also may see changes with friends from high school. "It may not have the same fit anymore," Thorn said. "There are relationships that we outgrow, there are some that grow with us, and some grow apart. Our views and interests don't quite overlap anymore. For many students, that social impact can be particularly challenging."

As students - and families - mature, the holiday negotiation process is something that will continue through life, as people get jobs, marry and have children, creating additional responsibilities and expectations. "This is really that beginning point for a lot of families," Thorn said. "This is really laying that groundwork for our students having their own independent lives." 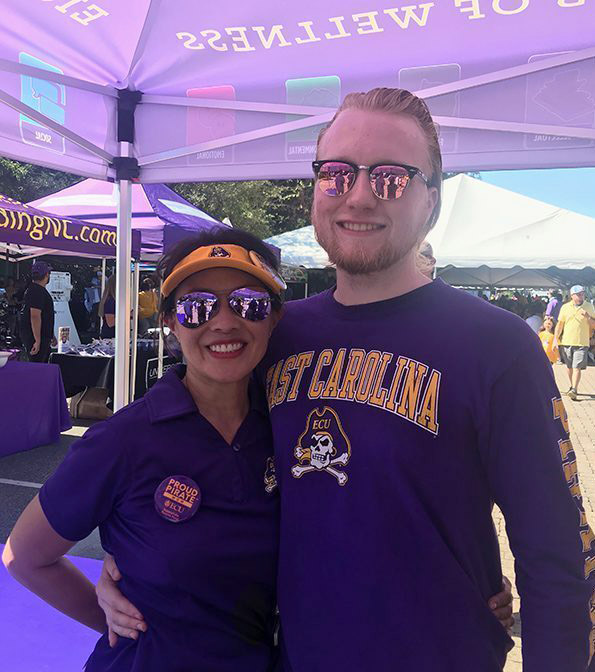 Jacob Sedlacek, second from left, is pictured with his father Bryan Sedlacek, sister Emma Sedlacek and his mother Joanne Sedlacek at his graduation from Cox Mill High School in Concord. | Photo: Contributed
Parent Leahmarie Gottlieb of Norfolk, Virginia, recalled when her only child, ECU junior Phillip Gottlieb, came home for the first time. If he went out, she asked who he was going with and when he would be home. "I had to remember, 'you don't think about it (when he's not here).' But 'mom' kicked back in. I had to respect his space."

While Gottlieb wanted her son to enjoy himself and reconnect with hometown friends, they agreed he would let her know when he would be home and if plans changed. "I told him it could change, just communicate," she said. "The first couple of times he'd forget and I'd text. Then he would get in the habit."

Sophomore Cassandra Mateo of Concord agrees. "My family became more laid back when I went off to college," she said. "So when I returned they let me be. I think you should remember that even though your kid's home, they are used to doing what they want, and you have to trust them, because after all, they have gotten this far."

Tips for parents and students


Mateo, who is majoring in human development and family science with plans to become a substance abuse and family therapist, said her first year at ECU was consumed "in the new way of life of being completely independent and having to really focus on studying."

Since then, Mateo said she has become "more adventurous, religious and dedicated. I want so much more for myself now that I'm at ECU, and it has helped me get the resources to push myself to do it," she said. "For example, I traveled to Italy to study abroad my spring semester."

She is looking forward to the holiday break and spending time with her family - uncle Ronny, aunt Rhonda, cousin Sophia and grandmother Marilyn. "Coming back from ECU, I enjoyed the moments I had with my family and friends more because you don't realize what you have, as corny as it sounds, until it's not easily accessible anymore," said Mateo, whose mother died her junior year of high school. "I learned that being so far away, you have to learn to get along with your family more because the few times you do get to see them you want the time to be amazing."