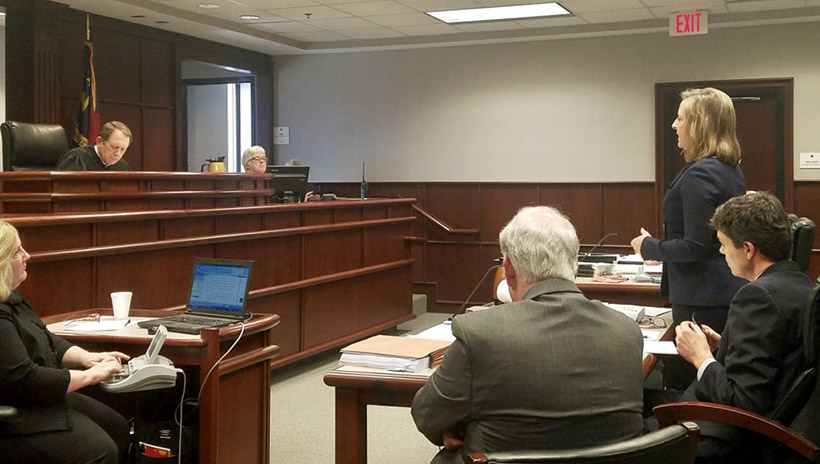 A long-anticipated report from an education consulting group suggests North Carolina should boost public school spending by at least $8 billion over the next eight years to satisfy its constitutional obligations.

The report doesn't address where policymakers will get the money.

The 300-page report from WestEd, a California-based firm, is the latest development in the 25-year-old Leandro lawsuit dealing with the state's failure to provide "a sound basic education" to every North Carolina child. Retired Superior Court Judge David Lee and the Leandro parties got the report in June, but it wasn't released publicly until Tuesday, Dec. 10.

One attention-grabbing conclusion: The state would need to spend an extra $860 million over the next eight years just on students who "are projected to achieve average annual, grade-level growth." Students in schools that are not currently meeting proficiency targets would need more.

The report cites $8.6 billion as the total state spending on K-12 and early childhood education in the 2018-19 budget year.

"The study's analysis of needed resource investment over the next eight years suggests the following:


"It would appear impossible to hike state K-12 and early childhood education spending by more than $1 billion a year without a major tax increase," said Mitch Kokai, John Locke Foundation senior political analyst. "It would amount to a more than 10% increase in current state spending on these items. There doesn't appear to be enough room in a $24 billion General Fund budget to meet that spending goal simply by shifting priorities."

The action plan, says the report, assumes continued increases in investment by the state over the next four budget cycles. 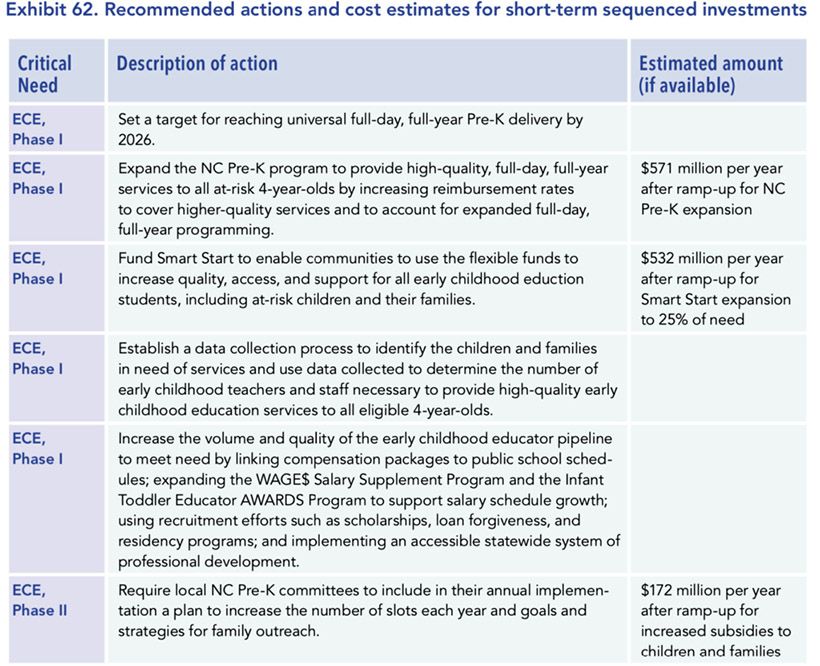 From WestEd report on Leandro lawsuit

Leandro dates to 1994, when five rural school districts sued the state, arguing they couldn't raise enough tax revenue locally to provide an education for their students on par with schools in wealthier districts. In 1997, the state Supreme Court held that every North Carolina child has a right to "a sound, basic education" under the state constitution. In 2004, the court ruled the state failed to live up to the previous ruling.

The parties in the long-running Leandro case agreed to commission an independent third party, WestEd, to develop recommendations for how the state could comply with the Leandro standards.

The voluminous report comes to conclusions taken from eight critical-need areas identified in the research. Short- and long-term actions and investments are needed, the report says. They include revising the state funding model to provide adequate, efficient, and equitable resources.


"Where's the evidence that this $800 million to $2 billion per year in spending, not just over eight years, but in perpetuity, would actually accomplish the stated goal of a sound basic education for all?" asked Joe Coletti, senior fellow at JLF.

"WestEd provides little research justification for their recommendation that the state assume sole responsibility for funding public charter schools. The recommendation seems to be included to appease school districts, which frequently complain about competition from charters," said Terry Stoops, vice president of research and director of education studies at JLF.

"Rather than seeing charter schools as part of the solution, WestEd researchers treat them as novelties that impede the work of school districts."

The plaintiffs in the lawsuit touted the report's conclusions.

"WestEd's report confirms what the plaintiffs have been saying since the case was filed in 1994: Many children across North Carolina have been, and continue to be, denied the opportunity to receive a sound basic education and additional resources are necessary to meet the state's constitutional obligation to all children," said a release from Parker Poe, the law firm representing the plaintiffs.