Grant Helps Hospitals Recover From Past Storms, Weather New Ones 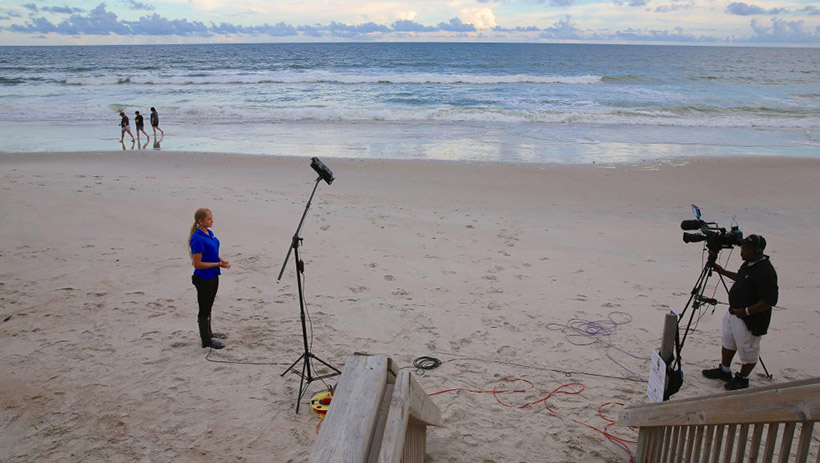 But after receiving a $50,000 grant, Amann plans to buy a generator to power her clinic, so that it will stay open during disasters. The doctor is one of 23 rural health care providers to receive a new wave of grants to prepare for future disasters. The Office of Rural Health awarded each provider up to $50,000 through a $1 million grant from the Kate B. Reynolds Charitable Trust.

"That's thousands of dollars that we're trying to protect. It's really expensive. Florence knocked out too many vaccines," said Amann, CEO of Black River Family Practice in Pender County. "That cost the taxpayers a lot of money."

The grants were scattered across 18 counties, but the aid will reach 23 counties, Gov. Roy Cooper said in a news release.

"Health providers at all levels are working to ensure they are ready for disasters, and this money strengthens the safety net in counties across the state as they prepare for the next storm," Cooper said.

It's not unusual for grant-makers such as the Reynolds Trust to use state agencies as a pass-through for their programs, said Jordan Roberts, John Locke Foundation health policy analyst. The grant-makers provide money rather than health care services. The private funds supplement tax dollars.

Further inland, rural hospitals - many of which were built decades ago - struggled against the foibles of aging infrastructure. Bladen County Hospital was built in the 1950s, and stormwater infiltrated the hospital during hurricanes.

"A lot of our rural hospitals are older, and they are able to withstand a lot less wind, water, and what have you," Hoke and Bladen Healthcare president Dr. Roxie Wells said. "And most hospitals in rural communities don't have a big profit margin. ... Storms or any type of disaster can really lead to disastrous consequences for the community."

Wells said she plans to use the grant to shore up buildings or to buy equipment for patients.

She isn't the only one planning to use the grant money for building repairs. When Florence hit Benson Area Medical Center, water pooled in the halls and collected in exam rooms. The nonprofit clinic treats the most vulnerable residents of Johnston County, and it couldn't afford to replace its roof - until it got the grant.

"With the age of the roof, and the condition, it would have only gotten worse," said William Massengill, Benson Area Medical Center CEO. "It really was a godsend for us that this money came up. .... Now we're in a good position if another storm were to hit."

Oxygen-dependent patients are also in a better position in Columbus County. When the power fails, such patients depend on their backup oxygen tank, but it empties within hours. In previous storms, the health director would get a dozen calls each day from desperate patients.

Now with a grant for almost $48,000, the county will install two oxygen manifold systems in all its five shelters.

"The first hurricane that I went through, gosh, we'd get a lot of calls, and the only thing I could do was to call the local rescue squad, asking if they had any tanks," said Kim Smith, health director for Columbus County. "Hopefully, this will stop patients from going to the hospital."

On the shoreline and barrier islands, the grant money will target emergency relief. Carteret County's health department will beef up its emergency shelters with 200 cots and two cargo trailers, as well as hooking its clinic and pharmacy to a generator, said Stephanie Cannon, Carteret County Health Department health director.

Like Amann, Harnett Health plans to use the grant money to protect vaccines at its primary care clinics. Now, whenever the clinics lose power, they have to cart the vaccines back to the hospitals.

"That puts a lot of stress on our courier system and staff, and last time we filled up our refrigerators to the point where we overtaxed two of them, and had to do repairs," said Mike Jones, Central Harnett Hospital vice president of support services. "These refrigerators will be very helpful for us."

The grants are meant to protect the safety-net providers who are often the sole source of preventative care for low-income rural residents, said Adam Linker, Kate B. Reynolds Charitable Trust program officer. The Office of Rural Health transferred the full $1 million to providers.