Court Keeps Governor in His Lane 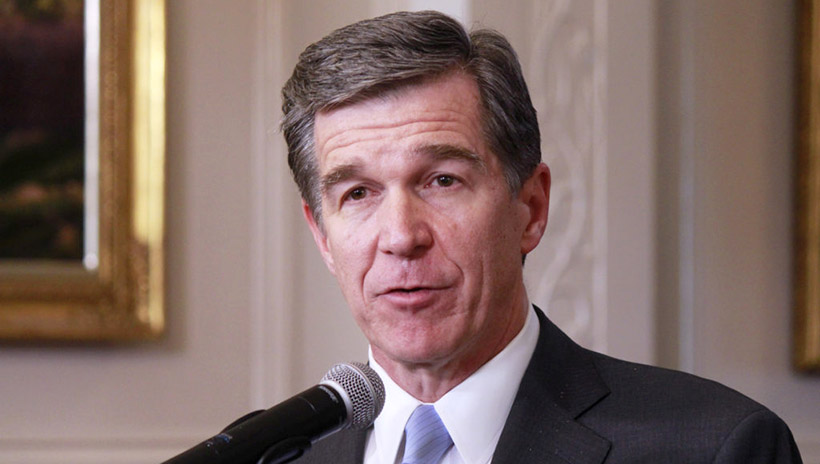 After Democrat Roy Cooper narrowly defeated Republican Gov. Pat McCrory in 2016, the GOP-led General Assembly moved quickly to dispossess the incoming governor of some of the office's powers.

Legislative Republicans drew immediate and vociferous criticism for upending the constitutional separation of powers (a strategy they actually initiated during McCrory's tenure, despite sharing his party label). Some of these criticisms were justified, in my view, and some encroachments didn't survive the ensuing litigation.

Unfortunately, the Cooper administration chose to respond in part by attempting to assert the governor's power over matters constitutionally assigned to the legislative branch. Indeed, in the case of a 2018 constitutional amendment that created an identification requirement for voting, the governor went even further - he endorsed a lawsuit intended to overturn the express will of the majority of North Carolina voters who added voter ID to the state constitution.

Perhaps Cooper and his aides think they are "fighting fire with fire." But North Carolinians deserve leaders who govern with greater prudence, who in advancing their political agendas don't end up scorching the state constitution.

The Atlantic Coast Pipeline episode is a case in point. As I have explained before, I think the most reasonable reading of the available evidence is that the Cooper administration delayed issuing state permits for the project until Duke Energy agreed to set up a $57.8 million discretionary fund under the governor's control and to settle a monetary dispute with solar-energy producers.

With these concessions by Duke Energy, Cooper hoped to placate elements of his political base who objected to the pipeline project in its original form - business interests in Eastern North Carolina would receive subsidized access to natural gas and solar companies would receive more ratepayer money.

Cooper officials insist there was no quid pro quo, that they were just negotiating the discretionary fund and solar-power settlement with Duke Energy at the same time the company's permit requests were making their way, rather sluggishly, through the regulatory process because they wanted to be able to announce all three events at the same time: the pipeline permit, the fund, and the settlement.

When it looked like the permit was about to be granted, but then something went awry with the negotiations, it just so happened that the permit needed still more review. Just a coincidence. If you find this explanation persuasive, bless your heart.

But even if it is true, the governor still made a bad call. He insisted that the utilities behind the pipeline pay their $57.8 million directly to his administration, and that he was free to spend the funds as he saw fit without oversight by state lawmakers, whom the governor said he didn't trust. He's entitled to his feelings. He's not entitled to appropriate state revenues, however. That's a legislative power.

The General Assembly responded by passing a law requiring that any such pipeline funds be distributed to public schools in the affected counties, much as fines and forfeitures are distributed. Because the pipeline doesn't yet exist, there are as yet no funds to be distributed.

In similar dispute, however, Cooper made a similar argument - and lost. On Dec. 3, a three-judge panel of the North Carolina Court of Appeals upheld a trial-court ruling against the governor and in favor of the General Assembly in a dispute about control over federal grants.

Cooper contended that when North Carolina receives block grants from Washington, the governor can designate them as "custodial funds" and manage them without legislative oversight. No, said the unanimous appeals-court panel, because "neither the North Carolina Constitution and statutes nor decisions from other states interpreting their own constitutions suggest the existence of a category of 'custodial funds' held by the State but outside the appropriations power vested in the General Assembly." The legal status of "economic-development funds" from a future pipeline project may not be precisely the same, but it's pretty darn close.

The governor has demanded that the legislature stay in its constitutional lane. So should he.