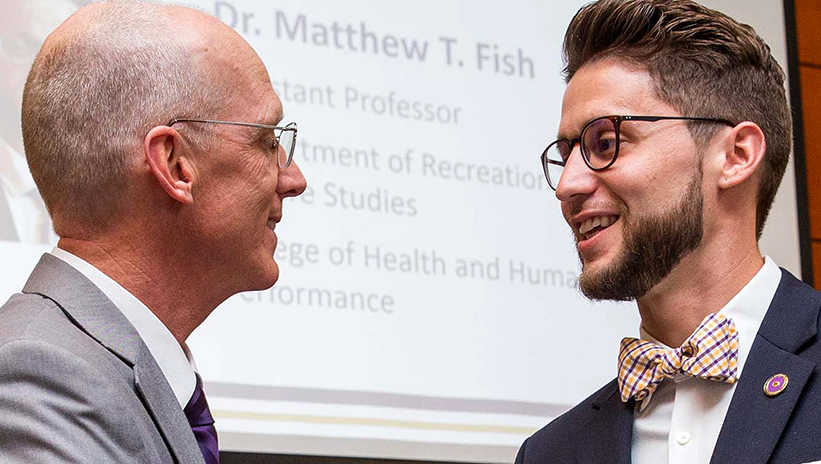 Van Scott, a physiologist, served as the division's interim vice chancellor from 2015-17. Since 2017, Van Scott has served in his current role under outgoing Vice Chancellor Jay Golden. Golden will resign from his position on Dec. 16 to become the 14th president of Wichita State University.

Interim Chancellor Ron Mitchelson thanked Golden for his service to the university.

"Dr. Golden has provided very creative leadership in expanding our research enterprise and outreach to the region. I am grateful for his efforts while at ECU," he said. 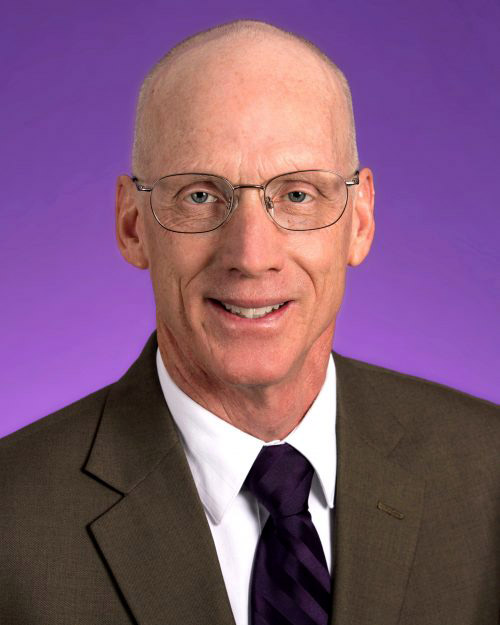 Mike Van Scott
Van Scott joined ECU's Brody School of Medicine in 1990, rising to the rank of professor. In 2013, Van Scott transitioned to the Division of Research and Graduate

Studies as the interim assistant vice chancellor before assuming the role of chief research officer and institutional official in 2014.

"I am very pleased that Dr. Michael Van Scott is willing to serve as our interim vice chancellor of research, economic development and engagement," Mitchelson said. "Mike is an accomplished researcher and research administrator. He knows ECU well and is devoted to our mission of student success and regional transformation. I have complete confidence in Dr. Van Scott's ability to lead this important division."

The university's research expenditures, used in productivity rankings by the National Science Foundation, reached $39 million in Fiscal Year 2018, growing by more than 56% in two years. ECU's research ranking moved up 17 spots in the 2018 NSF Higher Education Research and Development Survey census for public institutions, ranking ECU as the fourth-largest research enterprise in the UNC System.

Additionally, the division has grown its economic development and community engagement enterprises, linking the successful Engagement and Outreach Scholars Academy to the Honors College's curriculum, and developing new student-focused microenterprise opportunities, including its RISE29 internship program.

"Mike and the REDE team are wonderful partners in supporting economic development endeavors as they pertain to biotechnology-related initiatives," said Mark Phillips, North Carolina Biotechnology Center vice president and statewide operations and executive director for the center's eastern region office. "Workforce development continues to be a focal point in the region, and sector development is critical as we work to build out the new ECU Biotechnology and Life Science building and millennial campus properties. Mike will provide valuable leadership and input as we continue to partner and transform North Carolina as a global life science leader."

Van Scott received his doctorate from West Virginia University in 1984 before beginning a research fellowship at the University of North Carolina at Chapel Hill. Before arriving at ECU, he held positions at Eastman Kodak Company and UNC-Chapel Hill. Van Scott also served as a medical corpsman with the U.S. Army's 82nd Airborne Division in Fort Bragg.

During his academic career, Van Scott published 70 peer-reviewed publications and book chapters on respiratory physiology and airway diseases, and was awarded more than $10 million in research funding from agencies including the National Institutes of Health, the North Carolina Biotechnology Center, and various pharmaceutical and therapeutic industry leaders.

Van Scott is a co-inventor on a patent for a device to study airway function in vitro and in 2012 was inducted into the National Academy of Inventors.