Silent Sam Settlement Could Be Only the Beginning | Beaufort County Now

Silent Sam Settlement Could Be Only the Beginning 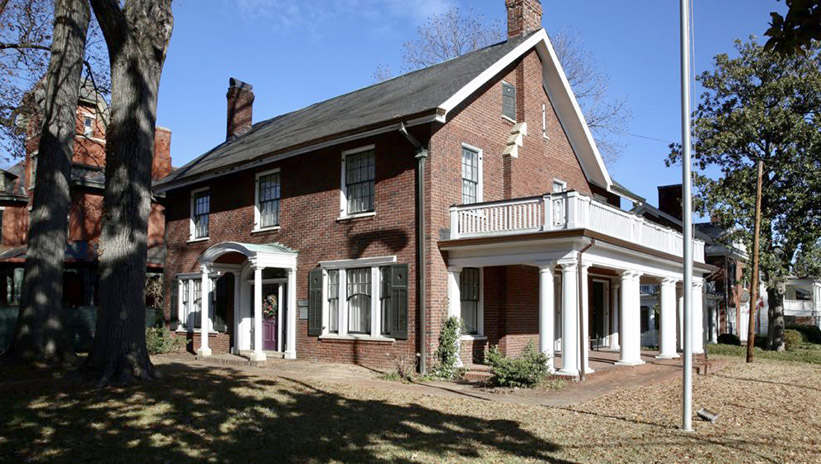 The Bailey-Bunn House in Raleigh, N.C. Division Headquarters of the United Daughters of the Confederacy. | Don Carrington/Carolina Journal

The Nov. 27 agreement between the UNC Board of Governors and the N.C. chapter of the Sons of Confederate Veterans, transferring the Confederate monument from the university to the SCV, seems "squirrelly," said former N.C. Supreme Court Justice Bob Orr.

Orr told Carolina Journal the settlement could set a precedent for similar cases involving Confederate monuments on public property. Durham attorney Greg Doucette, a former non-voting student member of the BOG, said the settlement may not set a legal precedent. But it could serve as a template for future showdowns over the monuments.

"In practice, I have no doubt the SCV and [United Daughters of the Confederacy] will use this judgment as leverage to extort taxpayer funds in the future," said Doucette, an alumnus of N.C. State University and NCCU School of Law. "Municipal governments are notoriously gun-shy when it comes to litigation, and will be more inclined to settle than to litigate."

Giving the SCV a $2.5-million trust fund to take care of and house the statue is "absurd." Even though the money will come from "non-state funds" - including interest earned from the university's investment endowment, "It's a huge breach of the fiduciary duty they owe to taxpayers and students," Doucette said.

Silent Sam was erected in 1913 on the Chapel Hill campus to honor a request from the UDC to commemorate UNC students who were killed during the Civil War.

On social media, Doucette has compared SCV leaders to Klansmen and told CJ "there's something unseemly about a public institution honoring literal traitors who levied war on the United States."

Protesters toppled Silent Sam from his pedestal on McCorkle Place in August 2018. The removal violated a 2015 law requiring the N.C. Historical Commission to approve relocation of any historical markers on monuments on public property. They can be removed temporarily for repair or renovation, or moved to another location on the original property if it has "similar prominence, honor, visibility, availability, and access." But monuments can't be taken down without the commission's backing.

Nearly five months after the statue went down, former UNC-Chapel Hill Chancellor Carol Folt ordered Silent Sam's pedestal removed from campus as she was resigning her post. Sam's remains had been kept in an undisclosed location.

In the meantime, the UNC-Chapel Hill Board of Trustees proposed restoring the monument to a new "historic center" at the other end of the campus - a plan rejected by the system's board - and a group of BOG members discussed alternative fates for the statue.

Until late November, almost nothing transpired in public. Then, a confusing blur of activity.


The $2.5-million trust fund is for the monument's "preservation and benefit." The SCV will be able to buy property and build a structure - local commander Kevin Stone called it a "new Division headquarters" - to display the monument publicly.

Stone didn't respond to a CJ request for comment.

The structure can't be placed in any of the 14 counties that hosts a UNC System campus.

Another attorney familiar with the situation suggested the settlement could be challenged or enjoined in court, citing the secrecy and timing of the negotiations. He said Silent Sam should have been returned to its original site, as the 2015 monument protection law requires.

If not McCorkle Place, the lawyer said a better location for Silent Sam would be at the Raleigh headquarters of the UDC ... shouting distance from the Executive Mansion.

But now the statue is in the hands of the SCV, seemingly at odds with the 2015 law. Decisions earlier this year by the city of Winston-Salem and the Chatham County Board of Commissioners to remove Confederate monuments are also hard to square with the law.

In a lengthy thread on Twitter (compiled HERE), Doucette argued the entire settlement was questionable. For one thing, roughly two-thirds of the money raised in 1913 to pay for the monument was done by UNC President Francis Preston Venable as a university employee. So UDC might never have owned the statue.

"The fact the [Silent Sam] settlement was worked out so far ahead of time behind closed doors strongly suggests the BOG knew what they were doing was wrong, and they deliberately timed everything to come out before the four-day Thanksgiving holiday because they figured fewer people would notice," Doucette said.