Interim Chancellor Ron Mitchelson has spent the past 20 years as a professor and administrator at East Carolina University, and today he occupies the big desk in Spilman, responsible for seeing the university through the transition to its next permanent leader. east carolina university, ECU, ron mitchelson, interim chancellor, campus, community, december 5, 2019
Home
Categories
Login

Mitchelson Opens up on Family, Campus and Community 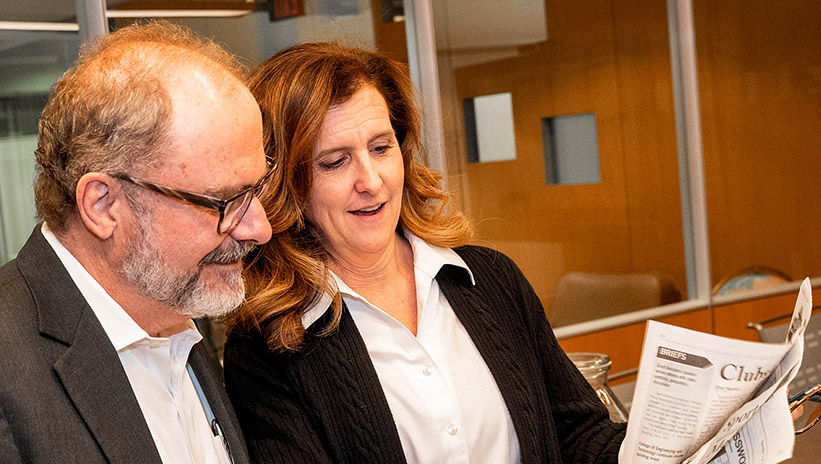 Interim Chancellor Ron Mitchelson has spent the past 20 years as a professor and administrator at East Carolina University, and today he occupies the big desk in Spilman, responsible for seeing the university through the transition to its next permanent leader.

When he's not in that office, he can usually be found watching or playing sports or attending community events with his grandkids. 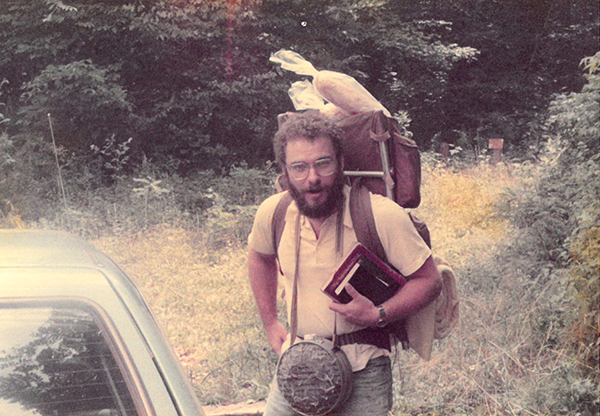 Ron Mitchelson sets off on a hike on the Appalachian Trail in 1983. | Photo: Contributed
"I'm with them all the time," Mitchelson said. "A lot of it is physical activity - we go to the parks or the schoolyard, and we play basketball, we play soccer. They call me Poppy, so it's Poppy's baseball practice."

A defensive back and captain of his high school football team, Mitchelson also lays claim to both the touchdown and interception titles in the family's holiday football games.

"They'll never catch up," he said of his sons.

From his family's dairy farm in Owego, New York, Mitchelson landed at State University of New York at Buffalo, where he was recruited for football, but the program was dropped before he arrived. Mitchelson said he can relate to the struggles of first-year students.

A change of major and the arrival on campus of his high school sweetheart, Sarah, who had attended a different college for her freshman year, helped him turn things around. Each year he speaks to students in ECU's REBOUND program, aimed at second-year students who didn't do well their freshman year.

"My opening line is, 'My name's Ron Mitchelson, and I'm a REBOUNDer,'" he said. 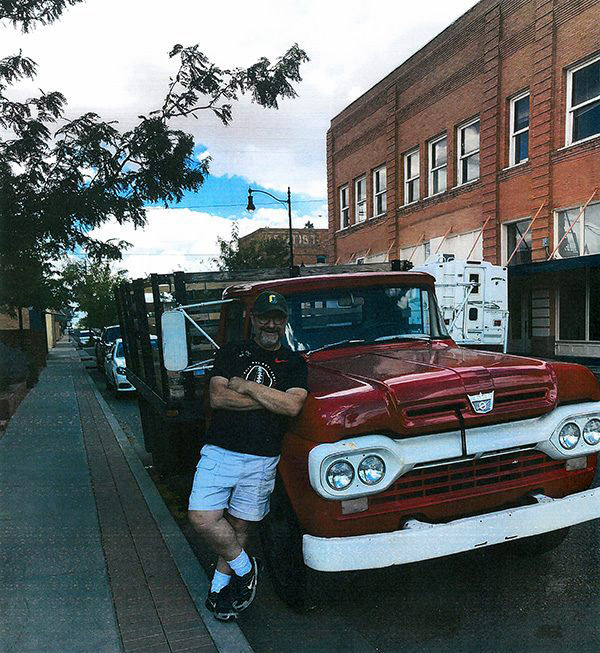 Mitchelson checks out a flatbed Ford during a visit to Winslow, Arizona. | Photo: Contributed
The change of major to geography stemmed from a class he took and a professor he liked. "It was a discovery major," he said. "You sort of stumble into these classes and it's interesting. I love maps and thinking about where things are located. And for me, thinking about economic development."

He became an economic geographer, using predictive modeling to figure out the best places for businesses to locate. He's done work for FedEx and Harris Teeter, among others, and his students have gone on to do location analysis for government organizations, the CIA, railroads, airlines and other businesses. He also has a teaching tree that extends throughout the UNC system and beyond.

After graduate school at Ohio State University, Mitchelson started his teaching career at the University of Georgia in Athens, where he said his eyes were opened to the football culture of the South.

"Athens was a great college town," he said. "And when I think about Athens as a college town, I want the same thing for Greenville, and we're getting there."

It was also in Athens that Mitchelson worked as a volunteer firefighter, renovated a century-old house and developed a lifelong love of the Atlanta Braves.

His work with economic geography and analytics comes full circle as he and other administrators focus on the university's enrollment and recruiting efforts.

"It's all about markets," he said. "And what the messages are depends on where you are."

For instance, in Charlotte, many students and the counselors at their high schools are aware of ECU as a school, but either don't know much or have misconceptions about Greenville as a college town. So the message for that market focuses on sharing pictures of Greenville and talking about what the community has to offer.

At home, his TV time revolves around the Pirates and other sports, and favorite shows and movies include "The Sopranos," "Justified" and "Lord of the Rings." Mitchelson claims his musical taste is varied, but he always comes back to Bruce Springsteen, who he's seen play live several times, going back to the 1970s, including shows in Columbus, Ohio, Chapel Hill, and Greensboro. 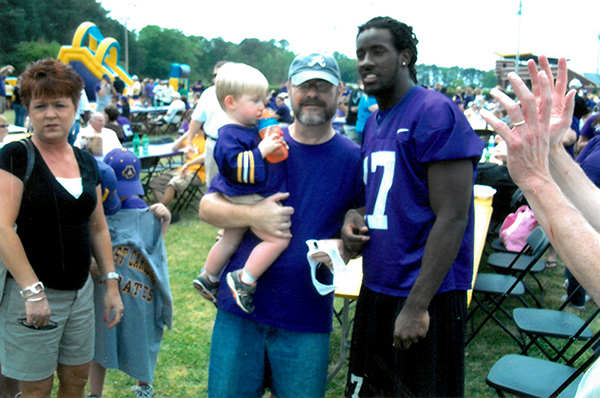 Ron Mitchelson introduces his grandson to former ECU wide receiver Dwayne Harris during a tailgate event. | Photo: Contributed
Two decades in eastern North Carolina have made him partial to vinegar-based barbecue, though he's a fan of slow-cooked meat in general. "My chicken is to die for," he said. "And I do a pretty good job with ribs, too."

In addition to visiting out-of-town children and grandchildren in Apex and Atlanta, he makes two pilgrimages every year - one to Florida to watch baseball spring training, and one to Arizona in the fall.

"Spring training because it gets me geared up for baseball season," he said. "And Arizona, it's just so gorgeous. You can see forever. Grand Canyon air is dry and clear, and there are no trees; it's just a remarkable area, and I love visiting."

Mitchelson is proud of his role in building the Department of Geography into what it is today, and he stays in touch with many former students. He said that while today's students are from a new generation, his rural background helps him understand where many of them are coming from.

"It really does help me connect better with them, because I was a first-gen, low-income student," he said. "I feel like I know, to a certain extent, the complexity of what they're facing, and the fact that the first year isn't always easy comes as no surprise."