No. 2 Republican in N.C. Senate Will Not Seek Re-Election | Beaufort County Now

No. 2 Republican in N.C. Senate Will Not Seek Re-Election 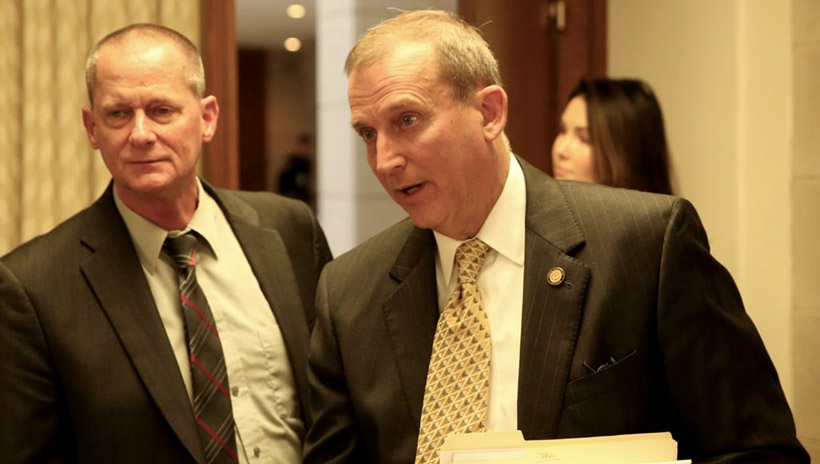 The second-ranking Republican in the N.C. Senate will not run for re-election next year. Senate Majority Leader Harry Brown, R-Onslow, revealed his decision in a news release from the Senate leader's office.

"After nearly 16 years in the Senate, I feel like it's the appropriate time to focus on my family and businesses," Brown said in the release. "When I was first elected, I ran on three things: do something for career and technical education, tax policy, and term limits.

"With the completion of Onslow County Schools' regional skills center and North Carolina's tax climate being one of the best in the nation, I felt it was time to check off the last goal, so to say."

Senate leader Phil Berger, R-Rockingham, praised Brown. "I'm thankful for Senator Brown's leadership in the Senate," Berger said in his office's release. "From day one he's been dedicated to improving the lives of rural North Carolinians. He'll be missed by all in the Senate, but I'm happy he'll have the opportunity to focus on his businesses and spend time with his five grandchildren."

The Senate majority leader played an active role in recent months in the investigation of potential irregularities in permitting for the Atlantic Coast Pipeline. Brown also served as the chief legislative voice raising concerns over the potential negative impact of eastern N.C. wind-energy projects on military bases.