Making it easier for consumers to find oysters in other months – not just Thanksgiving or Christmas – is one of the long-term goals of a multi-institutional grant involving an East Carolina University faculty member. east carolina university, ECU, eastern NC, oysters, mariculture, november 26, 2019
Home
Categories
Login 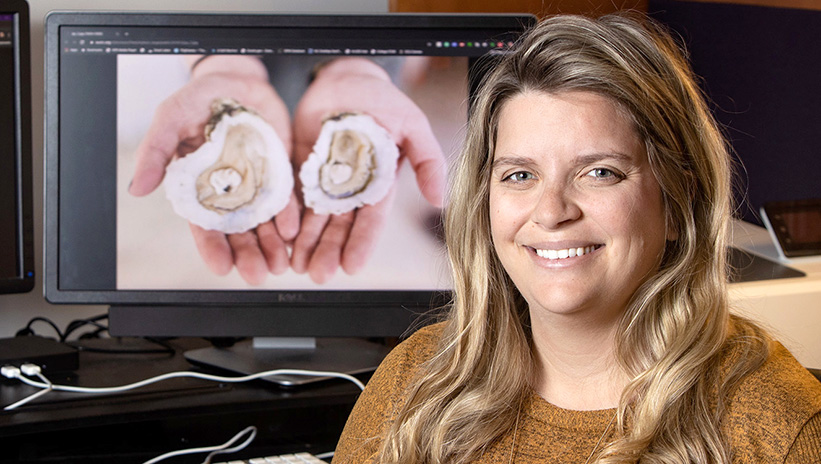 In stuffing, soup or simply steamed, oysters are a part of many holiday food traditions.

And making it easier for consumers to find oysters in other months - not just Thanksgiving or Christmas - is one of the long-term goals of a multi-institutional grant involving an East Carolina University faculty member. 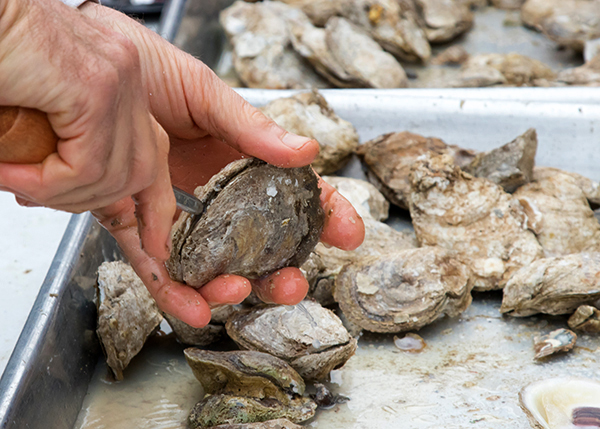 The supply and demand for food tourism experiences – like shucking oysters – will be studied by an ECU researcher and collaborators across the state. | Photo: Contributed
Food tourism and agritourism is a growing market across the country, and oysters are in that niche, Yeager said.

One report shows that 77% of U.S. travelers recently participated in food tourism activities at breweries, wineries, cooking schools, culinary events or farm-related events. These types of activities build connections for tourists, who may seek out foods closer to home or plan future trips to other destinations.

As part of the study, a profile of potential shellfish mariculture tourists - those who enjoy oysters, clams, mussels and other seafood - will be developed that would allow coastal communities to capitalize on the growing interest of food tourism and agritourism.

Yeager and the team will conduct visitor surveys to determine interests, preferences and how much people are willing to spend on food tourism activities. She also will have meetings with stakeholders such as growers, restaurant owners and special interest groups, with the first scheduled in Hatteras in December. Others will be in January and February. Mitch Carstens, a first-year ECU graduate student, will help Yeager with the work.

The researchers will compare supply and demand for shellfish mariculture tourism in North Carolina, mapping areas where products already exist and others with opportunities for business and resource development, according to the grant summary.

"This is research that benefits eastern North Carolina," said Yeager, an ECU alumna who received her bachelor's degree in geology in 2012 and a master's in sustainable tourism in 2014. "There are people wanting to invest in aquaculture in eastern North Carolina. We are looking at how to unify the supply chain." 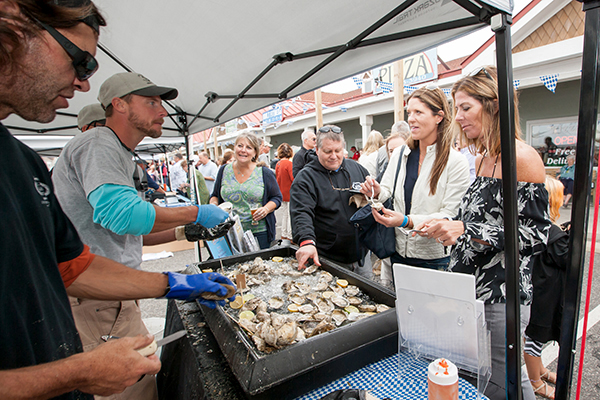 Oyster and seafood festivals are popular events in eastern North Carolina. | Photo: Contributed
The feedback will be compiled in a handbook, which could lead to future funding and projects, Yeager said.

North Carolina's neighbor, Virginia, already has a state oyster trail with an online map and trip planner. North Carolina could have a similar product. "We're laying the groundwork for this," Yeager said. "We want to find out from stakeholders if this is what they want."

The lead investigator on the project, funded at $119,784 for two years, is Whitney Knollenberg at NCSU. Along with Yeager, co-investigators are Carla Barbieri of NCSU, Jane Harrison of NCSU and N.C. Sea Grant, and Julie Leibach of N.C. Sea Grant.

Jonathan Pennock, director of the National Sea Grant College Program, said in a news release that the grants will help advance U.S. aquaculture in sustainable, thoughtful ways using the best science and talent across the country.

"For each project, connections with industry members and other stakeholders is an important component," Pennock said. "Using the Sea Grant model, we want to ensure research goes far beyond the lab or field site to meaningfully inform a growing industry."

Susan White, executive director of N.C. Sea Grant, said in a news release that the efforts will help enhance and expand the aquaculture industry in North Carolina.

"Our country imports 85% of its seafood," she said. "There's tremendous potential for the aquaculture industry to increase its share of the market in North Carolina and more broadly across the United States."