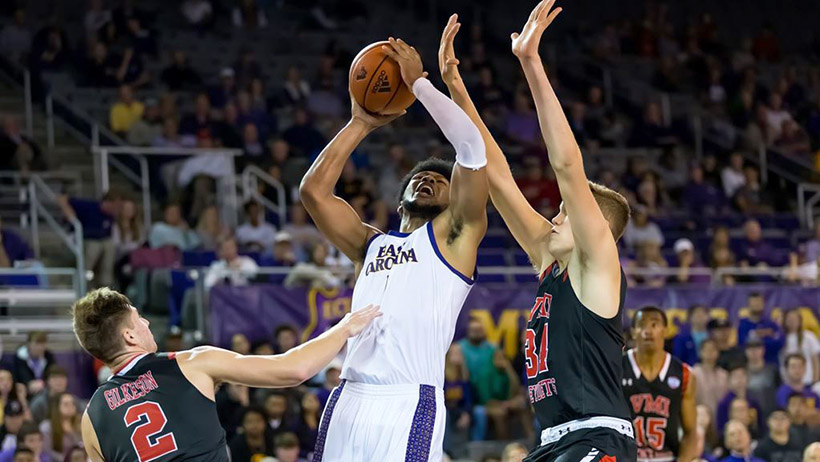 NASSAU, Bahamas     Junior guard Tyrie Jackson scored a game-high 20 points, but East Carolina let a five-point halftime slip away and fell to former Conference USA rival Rice, 77-69, at the Islands of the Bahamas Showcase on Sunday.

With the game tied at 49-all, Drew Peterson scored five consecutive points to put Rice ahead to stay with 11:41 to play.

The Owls' lead reached double figures with 4:41 remaining, but the Pirates continued to fight and pulled within six with 3:28 to play. However, Rice scored five unanswered points to push its lead to 11 with 1:38.

Gardner was called for a Flagrant 2 foul with 5:35 to play and ejected from the game.

ECU out-rebounded the Owls by eight, 45-37, scored 24 second chance points on 20 offensive rebounds and limited them to just 44 percent from the field.

Unfortunately, the Pirates only shot 36 percent from the field themselves and were just 1 of 20 outside the arc, with their lone 3-pointer coming from Logan Curtis with 11 seconds remaining.