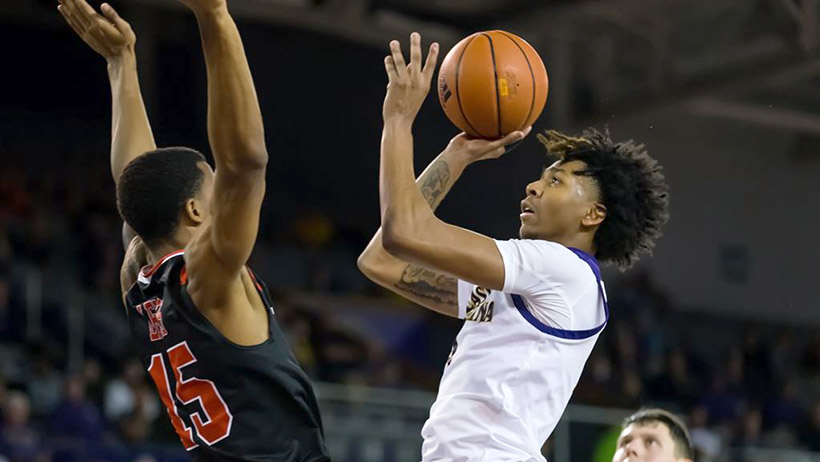 NASSAU, Bahamas     East Carolina staged an epic second-half comeback that fell just short, losing 74-68 to Kansas City in the semifinals of the Islands of the Bahamas Showcase Saturday at the Baha Mar Convention Center.

"[UMKC] played very well," Pirate head coach Joe Dooley said. "They controlled the first half and put us on our heels. [Whitfield] gets off and makes seven 3s and they shoot 50 percent [from 3]; that's not a good recipe."

UMKC shot 53 percent from the field in the first half and made 6 of 11 3s, while the Pirates shot 34.5 percent and gave up eight points off five turnovers while being out-rebounded by six.

"That as poor of a first half as I've seen in a long time," Dooley said.

Kansas City extended its lead to 23 in the opening minutes of the second half before the Pirates made their charge.

Over the next 15 minutes, ECU outscored the Roos 38-21 primarily at the free throw line, where it was 28-of-29 overall in the second half.

ECU made 26 consecutive free throws in the second half before its first miss.

Freshman Brandon Suggs, who scored a team-high 14 points, made a pair of free throws with 47 seconds remaining to get the Pirates within four, but couldn't capitalize on the ensuing turnover and didn't get any closer.

"We did show some fight and some grit today," Dooley stated. "It was good to see J.J. Miles see the ball go in the basket. That's the only positive thing I can take from tonight, and free throw shooting. Everything else I thought we did a very poor job of, including coaching."

J.J. Miles came off the bench to score 13 points and Jayden Gardner posted his second consecutive double-double, finishing with 13 points and 11 rebounds.

The Pirates will take on former Conference USA rival Rice in the third-place game Sunday at 5 p.m.